City manager Steve Hall said the sweep would be postponed, but he stressed the camp can't stay at the Fourth Avenue location permanently. 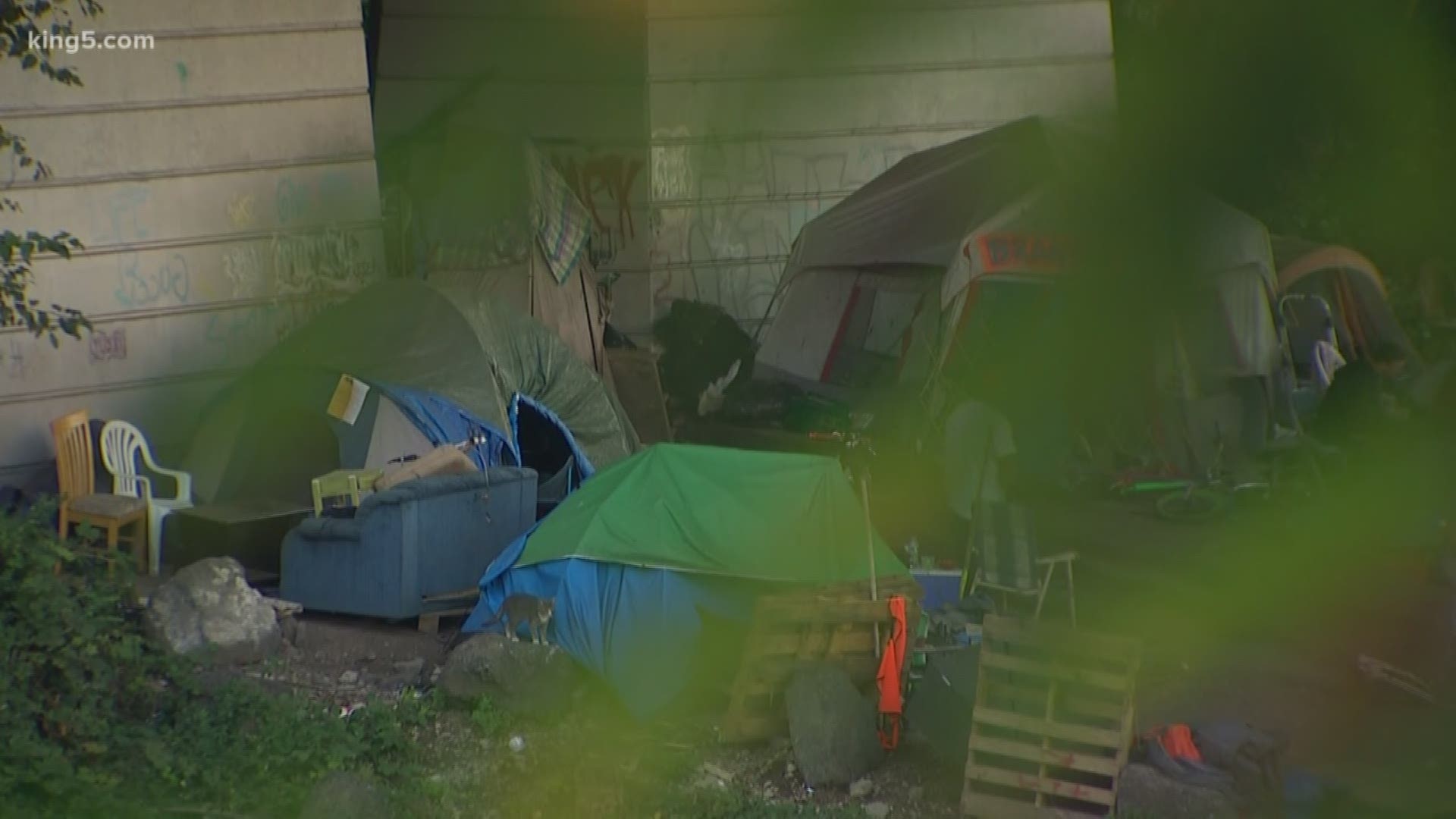 OLYMPIA, Wash. — Olympia City Council voted Tuesday to delay the sweep of a homeless encampment under the city’s Fourth Avenue Bridge. The delay was decided after First Christian Church told the city it would sponsor the camp.

Reverend Dr. Amy LaCroix with First Christian Church said the church will look over the encampment. The church will help them create a system of governance and hold those living there accountable.

“We want to get the camp stable and we want it to be safe, so the people are able to be stable,” said LaCroix.

LaCroix said she's unsure when the unsanctioned camp began, but at one point, it included roughly 100 people. She says in recent months, it’s become smaller and the city has worked to help those living there by adding a dumpster for trash and portable bathrooms.

“My goal is to get not just a handout, but a step-up” said Opie Tyler, who has lived at the camp since September 2018.

He said many in the camp are looking for the stability needed to get them off the streets.

“A lot of people have their demons and they just need to be worked out” said Tyler.

During Tuesday night’s council meeting, city manager Steve Hall said the sweep would be postponed. But he stressed that the Fourth Avenue location could not be permanent.

Tyler said the camp can move, but helping the people there starts with a stable place to call home.