Haley made headlines this week after criticizing President Trump's decision to remove U.S. troops from northern Syria ahead of a planned Turkish invasion. 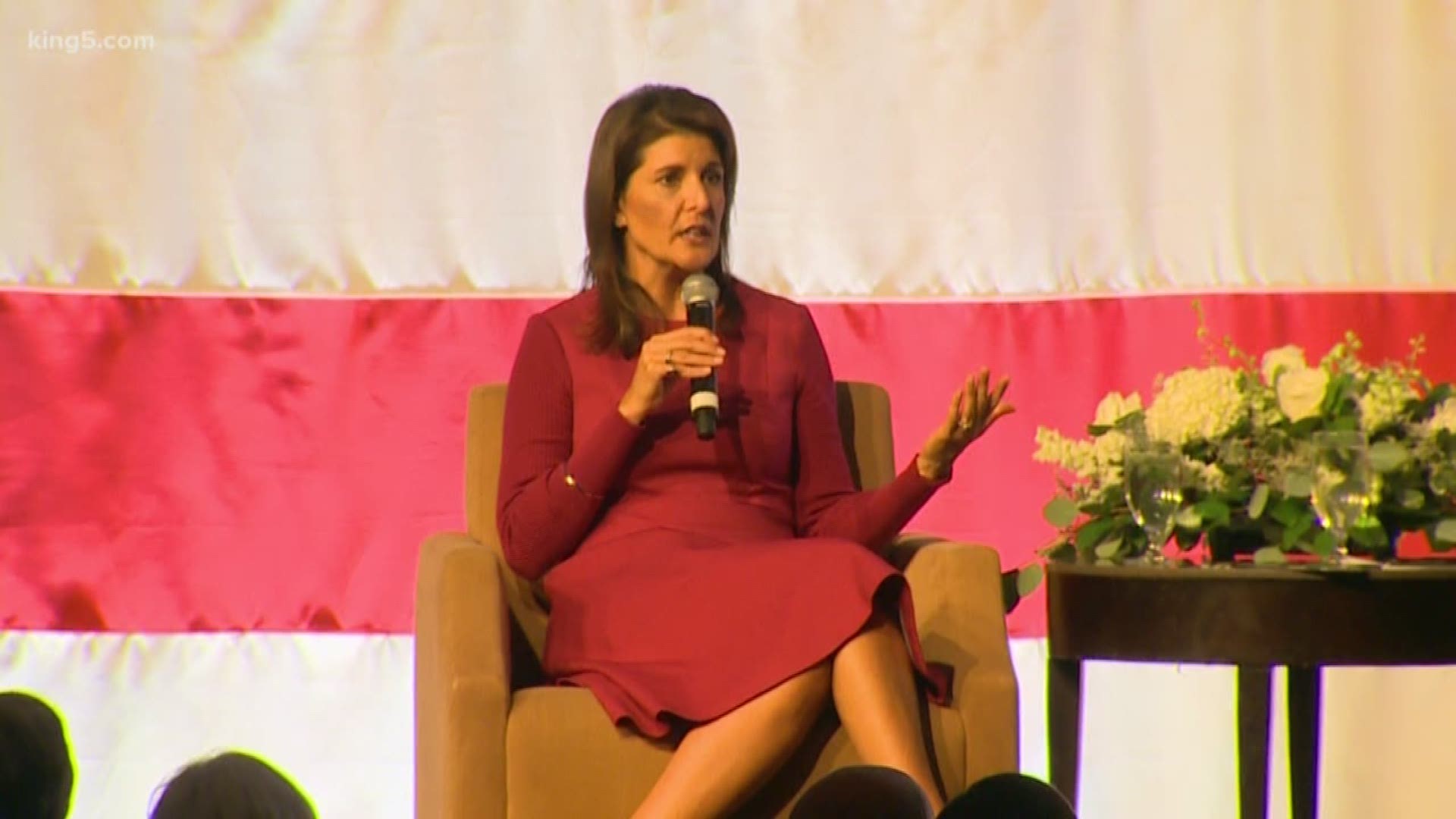 Haley was in town as the keynote speaker for the Washington Policy Center's annual dinner in Bellevue.

Haley made headlines this week after criticizing President Trump's decision to remove U.S. troops from northern Syria ahead of a planned Turkish invasion in the region, saying the decision leaves U.S. allies "to die."

Earlier this week, Turkey started an assault on the Kurds with artillery and airstrikes. The attacks have caused 100,000 people to flee their homes.

Turkish President Recep Tayyip Erdogan has threatened for months to launch the military operation across the border. He views the Kurdish forces as a threat to his country. Republicans and Democrats have warned that allowing the Turkish attack could lead to a massacre of the Kurds and send a troubling message to American allies across the globe.

During her speech on Friday evening, Haley addressed the conflict.

"We have a small presence there," said Haley. "They lost 11,000 people in fighting against ISIS and fighting to keep terrorism out because we asked them to partner with us."

Haley also said tonight, she understands it was a tough call for the President to make.

Haley served under Trump's administration as the Ambassador to the United Nations from 2017-2018.

RELATED: As Trump abandons Kurds, Israel worries how dependable he is