Troopers believe the rod came from an unsecured load. The outcome could have been much worse. 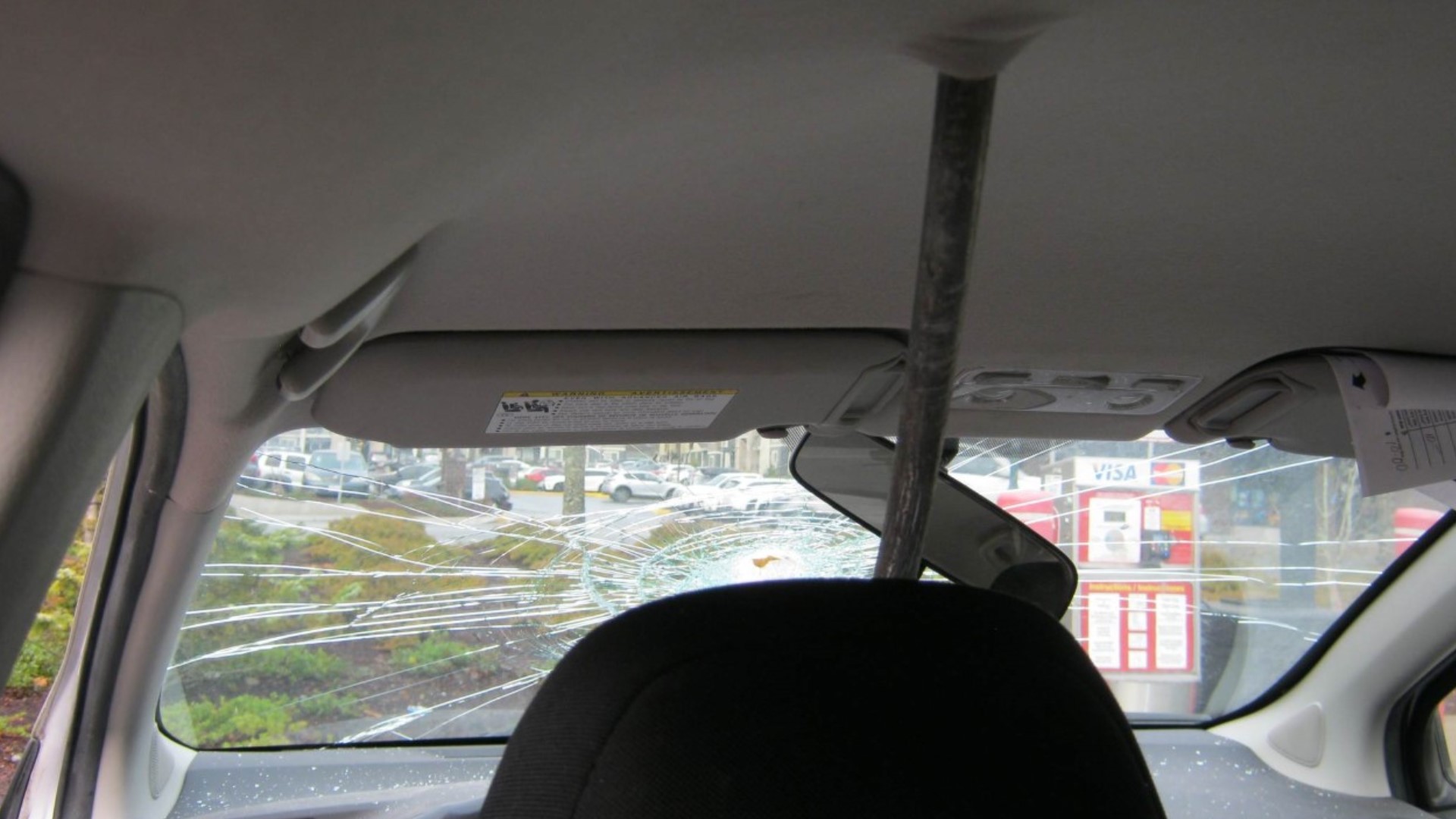 FEDERAL WAY, Wash. — A Washington man is counting his blessings after a close call on I-5.

Andrii Mordavets, a husband and father of five, was driving home from his job at the City of Seattle around 3 p.m. Wednesday when he suddenly saw a steel rod come flying towards his car.

The long metal pole crashed into his driver's side windshield and lodged into the roof of his car. He survived with a scrape to his head that required eight stitches.

“It’s a miracle for me. God’s mercy and a miracle that I’m still alive and I’m talking to you – life’s good – yeah. And God is good, also,” Mordavets said.

Photos shared by Washington State Patrol Trooper Rick Johnson show just how close the steel rod could have caused a much different outcome.

Mordavets was traveling on southbound I-5 near 320th St. in Federal Way when the rod pierced his windshield.

An unsecured load is illegal in Washington state. The law says "if an item falls off a vehicle and causes bodily harm, the driver faces gross misdemeanor charges and penalties of up to $5,000 and/or up to a year in prison."

Lawmakers have been pushing for tougher laws on unsecured loads.

In November, Rep. Christine Kilduff (D-University Place) pushed for renewed legislation that would force all commercial trucks to cover their loads.

Kilduff said she would introduce a new bill during the 2020 legislative session.

If you have any information on the incident or were driving nearby at the time, call the Washington State Patrol at 425-401-7788. 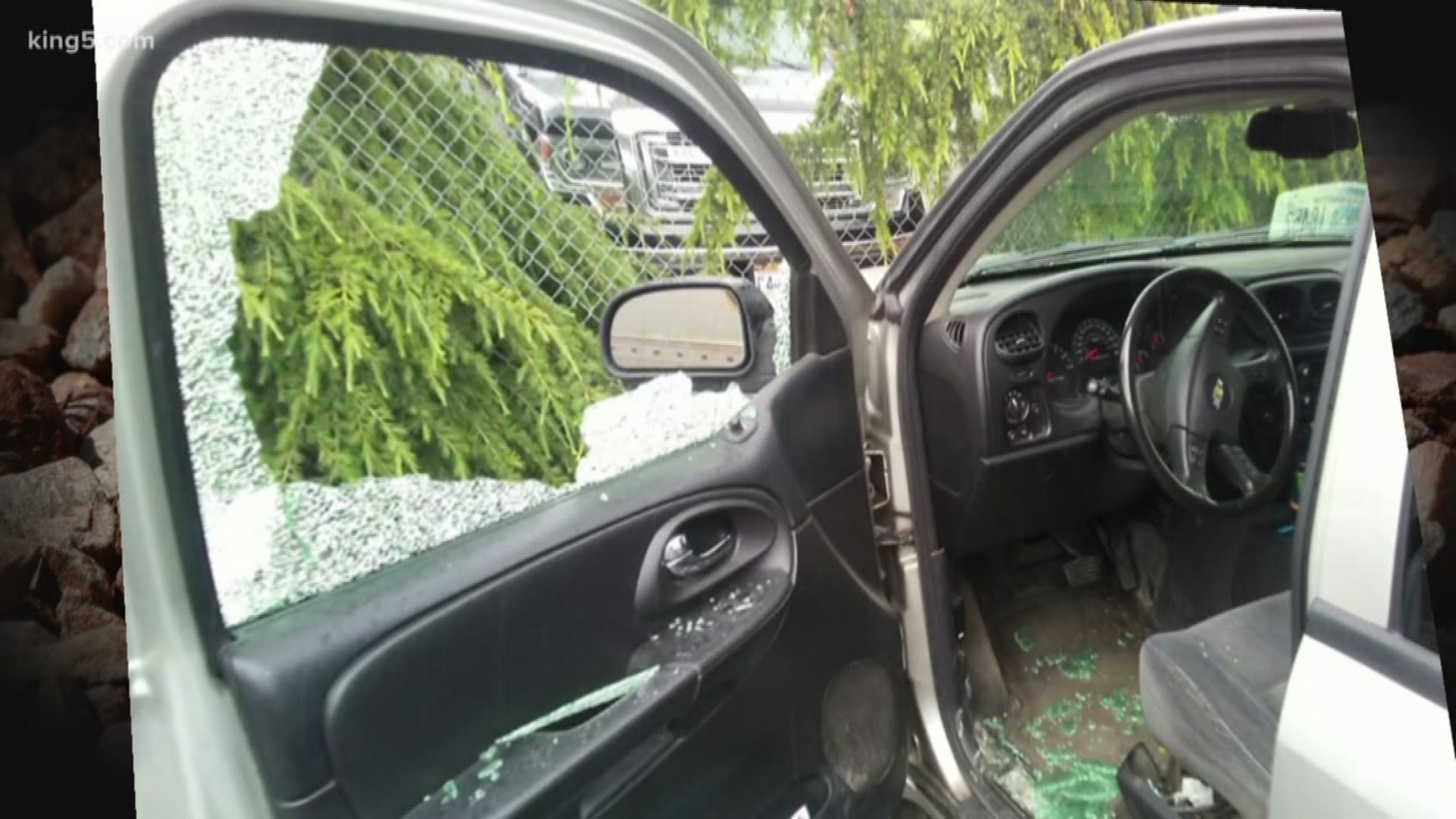