Travelers pulling suitcases full of cash started showing up at Sea-Tac Airport last year holding tickets for flights headed out of the United States. The money was destined for recipients in East Africa, raising concerns among anti-terror officials. 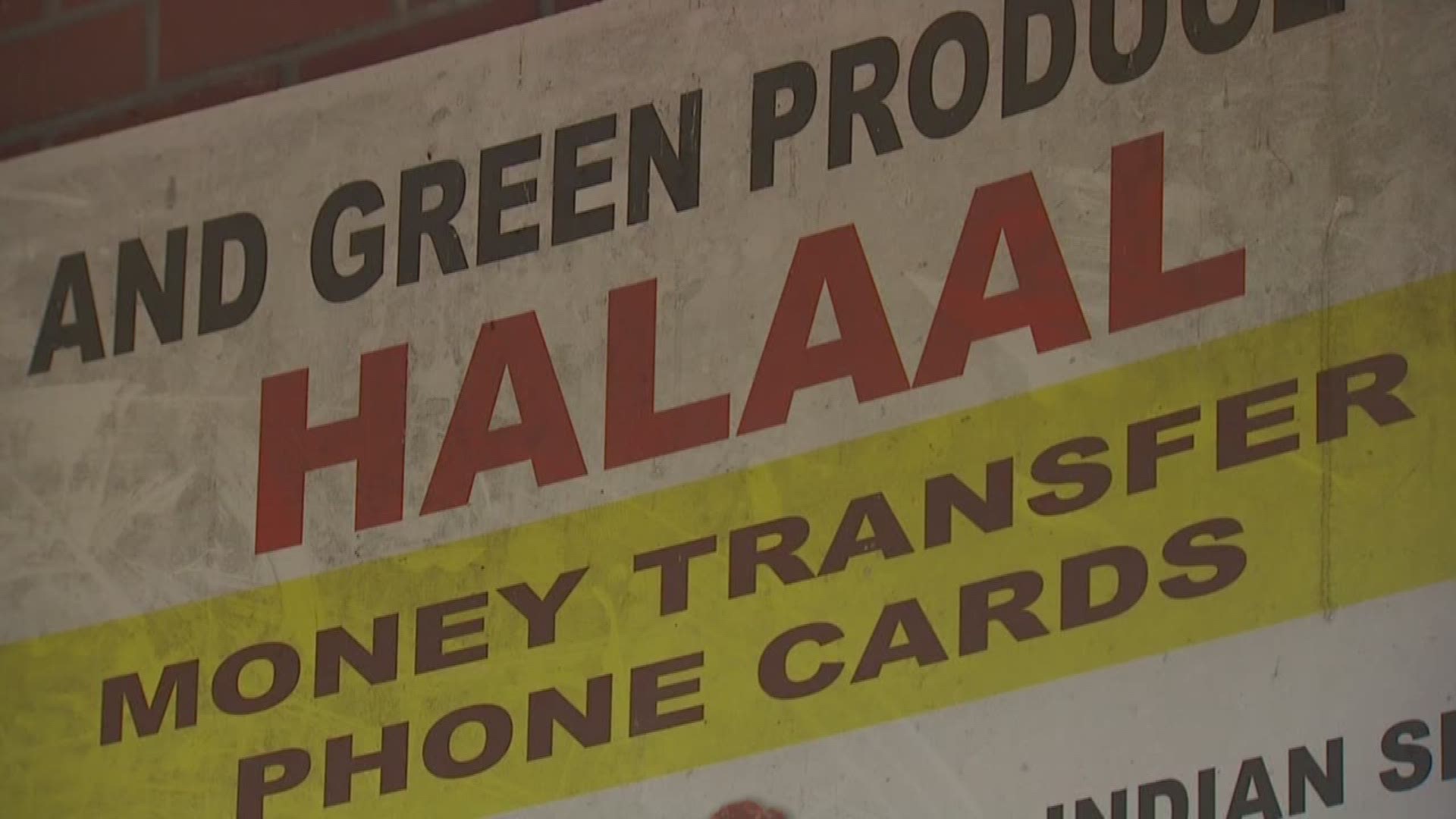 Transporting large amounts of cash overseas isn’t illegal. But it was who was carrying the money … and where it was going that caught the attention of security officials.

“It’s not against the law. You can travel outside the United States with as much money as you choose, as long as you declare it,” said Mike Bol, who heads U.S. Customs and Border Protection operations at the airport.

The people carrying the cash didn’t hide the fact from Customs. Just the opposite, they reported it. Anyone traveling out of the United States is required to declare any amount over $10,000 and fill out a one-page federal form.

These reports are what caught the attention of terrorism investigators in Seattle.

“The thing was the amount, the staggering amount,” said Glenn Kerns, who was assigned to the FBI’s Joint Terrorism Task Force (JTTF) at the time.

The couriers were working for Seattle-area hawalas – businesses that derive their name from the Arabic word for “transfer.” Hawalas are part of a traditional system of informal banking in Muslim communities.

Seattle and King County are home to tens of thousands of immigrants and refugees from East Africa, many of whom use the hawalas to send much-needed money back to loved ones in their homelands. Given the presence of active terrorist organizations in Somalia, investigators worry that some of the money shipped home by Somalis up in the hands of the Al Qaeda affiliate active there.

“(They) have Al Shabaab, which has been designated a terrorist organization, and our concern is how much money is going to them?” said Kerns.

Kerns said the first cash shipment rolled through Sea-Tac early last year. A man carrying $750,000 in cash told Customs officials he was transporting the money overseas. Over the next several months, couriers carrying as much as $2 million boarded commercial flights at Sea-Tac.

Over the years, U.S. banks have been shutting refusing to wire money on behalf of hawalas – worried that the bank could be held liable for failing to report suspicious activity.

In March 2015 the last bank serving hawalas – Merchants – shut down the last remaining accounts of hawalas that wired money to Somalia. That left the hawalas with no other option but to ferry cash overseas on behalf of their customers.

“We, the people that live here in America, are sending money back home to people that are suffering,” said Ikran Abdullahi as she stood outside a hawala in the City of SeaTac.

Abdullahi is one of many Somali immigrants who is worried that the increasing pressure on hawalas will stop her from sending money to her family.

“My grandfather. My brother. My uncle. My cousins. They’re all depending on me. So if that is cut they’ll all die,” said Abdullahi.

Representatives from the Seattle-area’s Somali community say most immigrants send some money home to their families on a regular basis – usually $20-$50 at a time.

Kerns was a Seattle police officer who retired last December after serving 14 years on the FBI’s Joint Terrorism Task Force.

He uncovered something suspicious when he analyzed financial records that the hawalas are required file with the Washington Department of Financial Institutions.

He researched the names of the ten clients who transferred the most money through hawalas last year.

“All ten of them were on welfare benefits. DSHS benefits,” said Kerns. “It’s fraud. Straight up fraud – every one of them.”

Kerns said he, along with an agent from a federal agency he would not disclose, took their case to the U.S. Attorney’s Office in Seattle.

“They don’t want to touch it,” said Kerns. “My opinion – I believe it’s because it will look like they’re targeting a certain population.”

Hassan Diis believes that Somali’s are already being targeted.

Diis has been working with lawmakers to try to restore banking services for Somali hawalas. Diis says banks and law enforcement have placed unfair restrictions on hawalas that are harming ordinary, hardworking people.

“Delivering money is one of the biggest challenges people face,” Diis said.

Diis says it’s common for East Africans to pool their money to send overseas. The transfer may be attributed to a single individual who aggregated the funds, which are then distributed among many recipients on the other end. In other words, large amounts attributed to a single sender don’t necessarily mean that the person is a terrorist or committing welfare fraud.

“So if they have a specific issue with one person, that doesn’t mean it fits all the community,” said Diis.

Hawala owners declined to speak about the issue when contacted by KING 5.

Sources within the U.S. Attorney’s Office in Seattle, who spoke on the condition that they not be named, disputed Kern’s version of why the case hasn’t moved forward.

Sources say Kerns case was not developed enough to proceed with criminal charges against any specific target. They say he was advised to follow up with an assistant U.S. attorney who handles fraud cases, but he never did.

Meanwhile, some banks are working with lawmakers to try to restore money transfers to Somalia.

Washington Bankers Association President Jim Pishue says his members know that hawalas are struggling under the scrutiny of international regulators and anti-terrorism agencies.

However, he said federal laws make it “very burdensome” for any bank to send money on their behalf to countries like Somalia.

Pishue said it’s expensive for banks to monitor the accounts, and there’s the risk of being held liable if the feds determine a bank hasn’t done an adequate job. He said congress need to create a better environment for Somali money transfers.