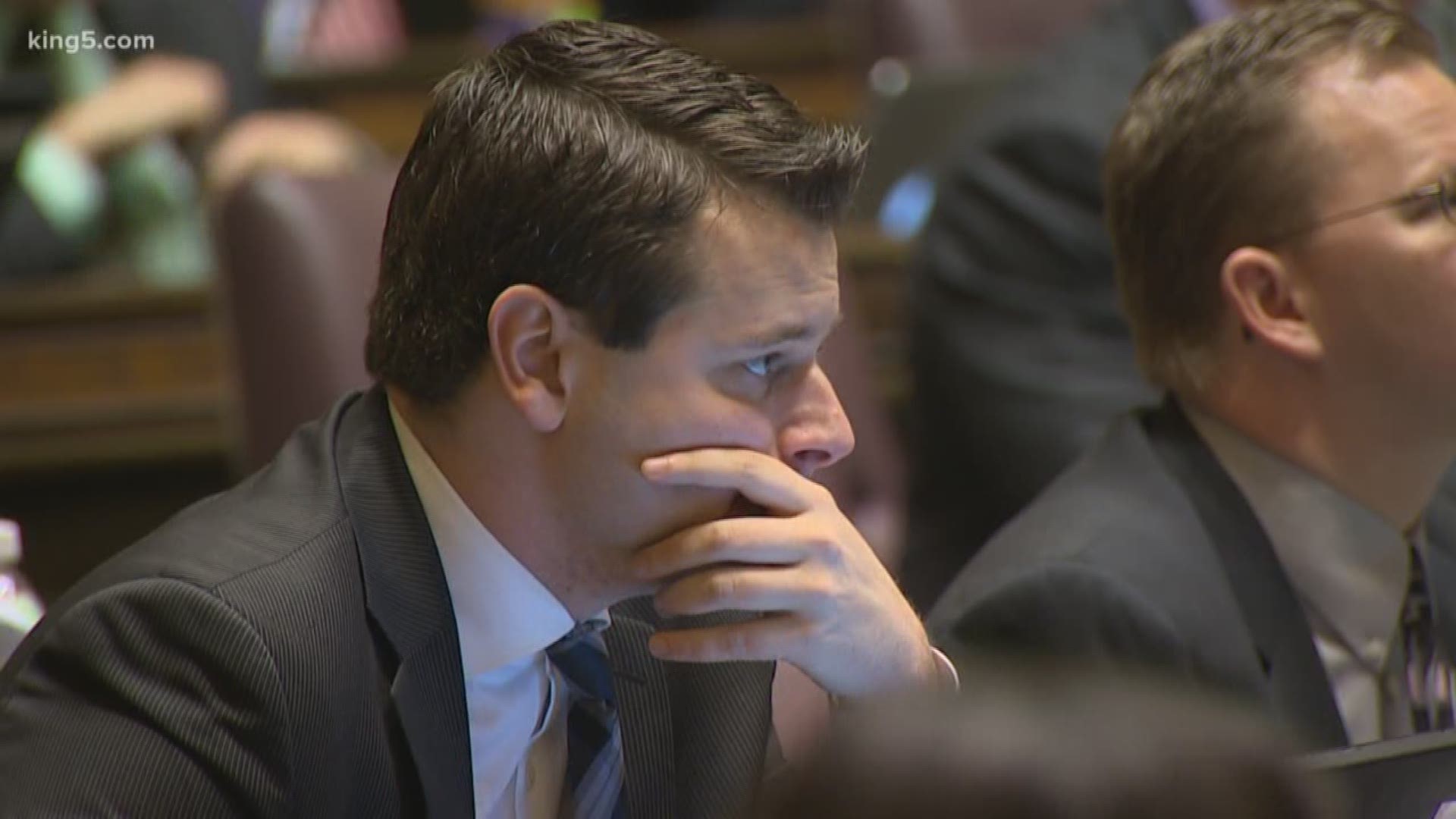 Rep. David Sawyer, D-Tacoma, had been the chair of the House Commerce and Gaming Committee.

Sawyer had been the subject of an investigation since March after several females complained he made the state Capitol a hostile workplace.

The investigator reported to House leadership last week that some of the claims had been verified.

According to a House Democratic Caucus press release, "We learned the investigator found a pattern of actions toward House staff that created a hostile work environment; improper use of staff for personal issues; and inconsistent statements made by Rep. Sawyer to the Chief Clerk, House Counsel, leadership members, and the investigator."

After the committee's meeting, House Majority Leader Pat Sullivan and Rep. Monica Stonier spoke with the media, but wouldn't give specific details or scope of the allegations, other than to say that the alleged behavior occurred over a period of time and involved a number of staff members.

"The credibility of the allegations led us to take this action," Sullivan said. He said that more information would be released once the final investigative report is released later this month.

Earlier this year, public radio's Northwest News Network and The News Tribune/Olympian reported that several women had accused Sawyer of inappropriate or harassing behavior both before and after he was elected to the Legislature in 2012. Sawyer's interaction with staff has been restricted since February.

Sawyer, who is chairman of the Committee on Commerce and Gaming, has denied acting inappropriately and said in a Friday text message to the AP and other news organizations that the Legislature should let the investigation be completed and "not politicize the process."

Hours before Wednesday's meeting, an attorney for Sawyer sent a letter to House Clerk Bernard Dean arguing that "fundamental fairness and due process" entitled Sawyer to be provided the same initial information the investigator shared with House leadership.

"The House Leadership's decision to publicize and rely on preliminary findings without providing them to Representative Sawyer is deeply troubling," wrote attorney Beth Terrell.

Terrell wrote that Sawyer "has not been accused of unwanted physical contact or sexual advances."

"Representative Sawyer never intended to make any female colleague or employee uncomfortable and he is committed to making concrete changes in how he interacts to ensure that his intent is clear in the future," she wrote.

Sawyer is up for re-election this year, and Democrat Melanie Morgan, a Franklin Pierce District school board member, has announced she is running against him and has already picked up key Democratic endorsements, including from Attorney General Bob Ferguson.

Sullivan has said that he has personally asked Sawyer to not run for re-election, and on Tuesday several influential groups, including Planned Parenthood, Washington Conservation Voters and SEIU 775, sent a letter to Sawyer asking the same, saying they can't support him if he seeks another term.

"Your actions have significantly compromised your ability to adequately represent our shared communities," the letter reads.

“It’s not possible to believe or trust in a process that is not transparent or does not present clear facts to the public and all parties affected. Unfortunately, the leadership and Caucus have politicized the process while withholding all facts, claiming only they can interpret them," said the email, "I support a fair and transparent investigation. This does not reflect that at all. In fact, it reflects poorly on the institution we all have a responsibility to honor.”

The Associated Press and KING 5's Drew Mikkelsen contributed to this report.