The Showbox, near Seattle's Pike Place Market, is a beloved music venue, but it could be turned into a high-rise apartment building with retail space. 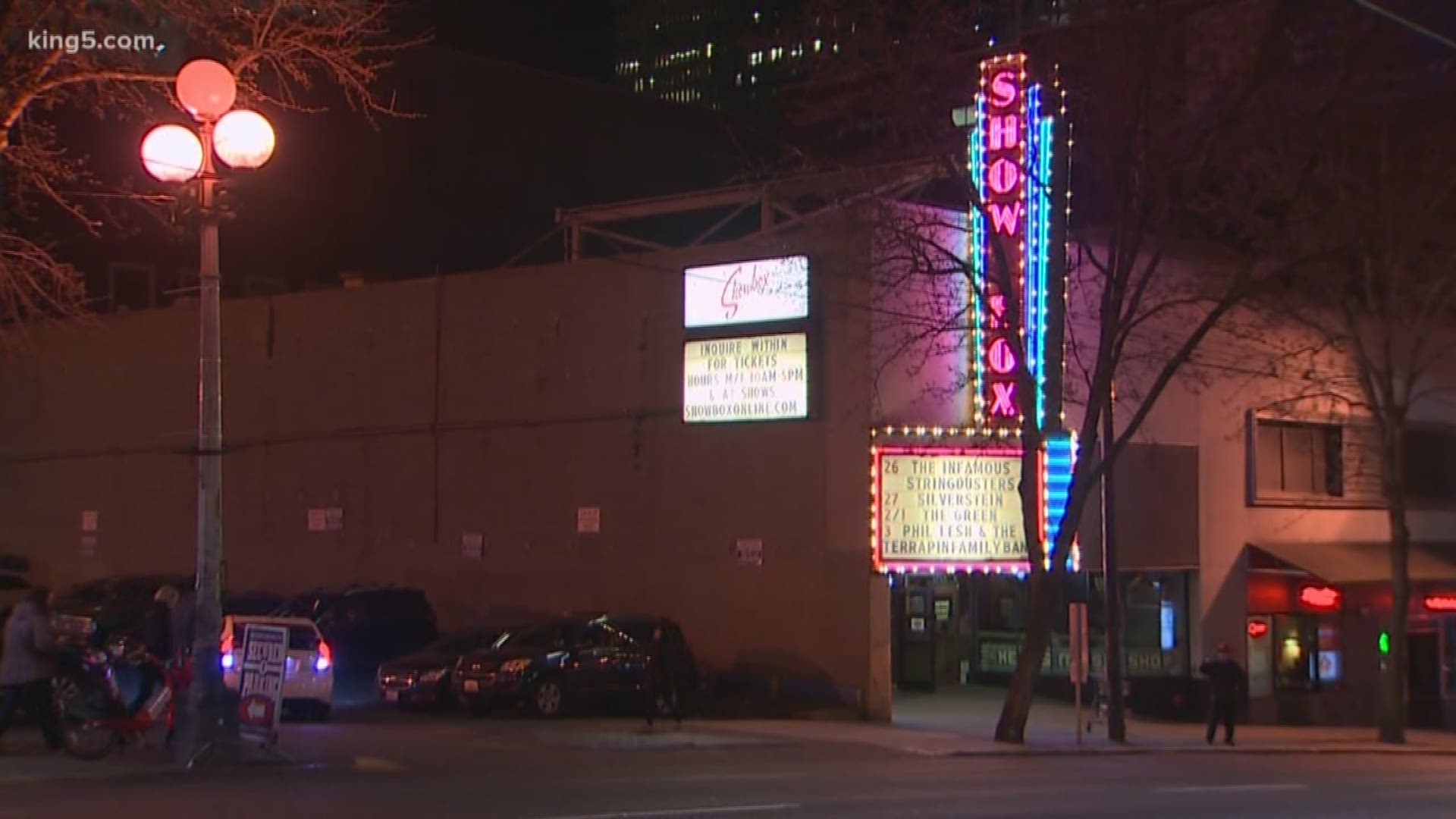 SEATTLE — In an effort to save The Showbox, a longtime music venue in downtown Seattle, supporters are turning to the Landmark Preservation Board.

Cynthia Brothers, the creator of Vanishing Seattle, uses social media to document beloved places that are in jeopardy of closing down or being pushed out. She is against The Showbox being turned into a 44-story building with apartment units and retail space.

"There's anticipated to be a landmark nomination meeting in the spring, so we're letting folks know that's coming and that we still need people to stay engaged and show up and raise their voices," said Brothers.

On Wednesday night, people filled the music venue to learn more about the place that opened in 1939. Over the decades, there have been different owners. It has housed clubs from cabaret to comedy, but The Showbox is best known for its music.

"I played on this stage like seven times. That's what I've always known it as, it is one of my favorite stages to perform on, and I want to perform on it again," said Jay Middleton, who started collecting signatures for a 'Save The Showbox' petition.

"There was a lawsuit that was filed by the owner of the property against the city of Seattle, and so there are a lot of moving parts to this," said Eugenia Woo, the Director of Preservation Services at Historic Seattle.

In a statement, Brad Keller, a representative for the property owner, told King 5 in September, that the city ordinance is "trampling the owner's fundamental constitutional right to choose how to use the property and to whom it can be leased or sold."

"I understand somebody wants to make a business decision, but there's also hundreds of thousands of people that want the opposite," said Middleton.

Earnie Ashwood has worked at The Showbox as a security guard for more than two years.

"This is a conversation about profit versus culture," Ashwood said.

He wants to see The Showbox preserved, and he thinks if it is designated as a landmark it will help the music venue live on.

A lawsuit seeking $40 million in damages was filed against the city of Seattle late last year by the property owner. The lawsuit is still working its way through the courts.