Cruise ship docks in Astoria for first time in 7 months

The Regatta will pay the Port of Astoria $75,000 a month to dock until April. 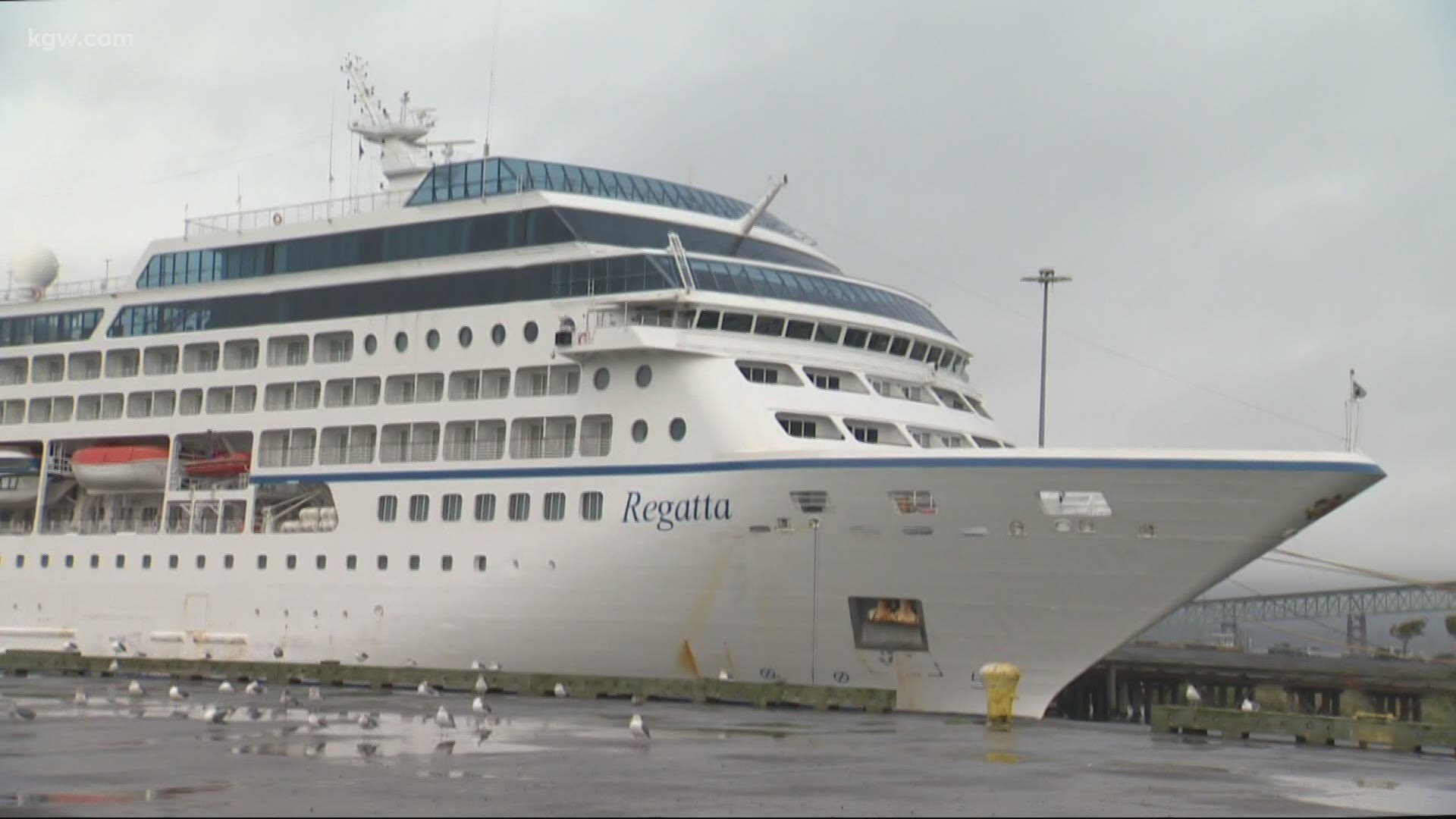 ASTORIA, Ore. — The Port of Astoria will play host to a docked cruise ship for quite some time. Norwegian Cruise Line Holdings, which operates Oceania Cruise Lines, will keep their cruise ship The MS Regatta docked until April.

It's the first time a cruise ship has docked at the Port in 7 months since the pandemic hit.

"We were expecting in 2020 a record number of cruise ships to stop here in Astoria," The Port's executive director, Will Isom, said.

It's a crew-only vessel at the moment. Isom says about 90 crew members, including a doctor and a nurse, are on board. CDC has strict guidelines that the ship's crew must follow.

"In terms of embarkments and disembarkments, there is no permitted shore leave, so we won't have crew members getting off the ship and coming downtown Astoria," Isom said.

The ship, which is listed as nearly 600 feet long, drew a stream of spectators throughout its first day at port.

"I knew that was here. I just wanted to see where it was parked," said Gary Wilson, who drove about 8 miles from his home in Hammond, Oregon to see the ship.

Dennis Dunn and his dad LeRoy drove up from Warrenton.

RELATED: US extends ban on cruise ships through October

"Dad likes to see the water," Dennis said, "I spend most days with dad. He likes to go out to the beach or to the water to look at the waves, look at the boats and this would qualify as quite the boat."

Watching ships is a favorite hobby of LeRoy's. He says he grew up on the water and in the 1950s shipped out across the sea for the Korean War.

"First time I saw the Golden Gate bridge was about 3 a.m. in 1953 - they put us on the USS Thomas Jefferson and sent us overseas," LeRoy said.

The boat for the Dunns brings more than just peace, but memories too.

"This is something he and mom did regularly, and she died of cancer last year. We're still doing part of it," Dennis said.

His dad LeRoy added, holding a coffee cup, "Now I got me Dutch Bros and I can't get her one. She's better, she's with our daughter in heaven."

Norwegian Cruise Lines will pay the Port of Astoria nearly $75,000 a month to dock until April.

"By having the Regatta here for a longterm labor, it doesn't make up for what we lost, but it certainly does mitigate that," Isom said.