Western Washington's real estate market is so competitive for buyers that many are giving up some of their rights to sweeten their offers. 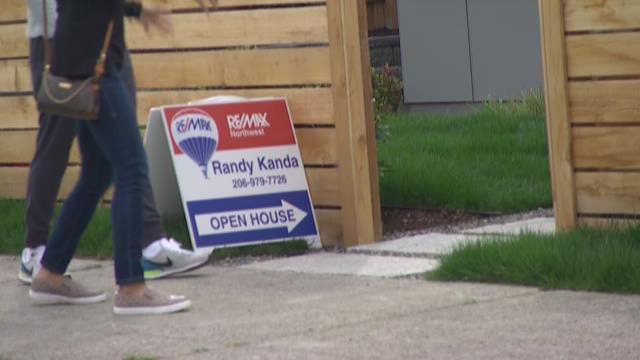 Western Washington’s real estate market is so competitive for buyers that many are giving up some of their rights to sweeten their offers.

These protections are called contingencies. Waiving them makes offers more appealing to the seller because deals are more likely to get done and less likely to hit a snag.

Laura Meyer is a first-time buyer who recently bought a Seattle condo.

“There are so many offers; you won’t even get considered if you don’t waive contingencies,” she said; even though she already paid 15 percent over asking price on her 1-bed, 1-bath.

Her broker, Ryan Lile of Coldwell Banker Bain, walked her through the process. He and several other agents said most serious buyers have waived their contingencies over the past couple of years.

“People are waiving as many contingencies as they can, if they can,” he said. “After three or four other offers, things start to get a little desperate, so people throw caution to the wind.”

Lile said part of his job is to tell his clients about the dangers of waiving protections.

“I try to give them as much information as possible about what it means to write up an offer and let go of certain rights that buyers have,” he said.

One of the five contingencies Laura waived, was an inspection contingency.

“It means that if there is something wrong with the house that could cost thousands and thousands of dollars down the road, then they’re responsible for those fixes,” explained Lile.

“You want to get as much information as you can before you waive something, so if you’re going to waive an inspection contingency, we’re encouraging people to get pre-inspections before they do that,” he continued. “Some people aren’t. Some people are purchasing a property or offering on a property not really knowing much about it, so it can be really scary, honestly.”

He said others might waive a financing contingency, which leaves them on the hook if the bank denies their loan.

Meyer said giving up her protections is a necessary evil in this competitive market.

“I had (my agent) explain everything to me just so that I was comfortable with it,” she said. “But you do have to sign off on a lot of waivers and contingencies just ‘cause it makes your offer more appealing.”