More than $8,000 in Pokémon cards, Yu-Gi-Oh cards and collectibles were stolen from Gabi's Olympic Cards and Comics, which gives out free food to those in need. 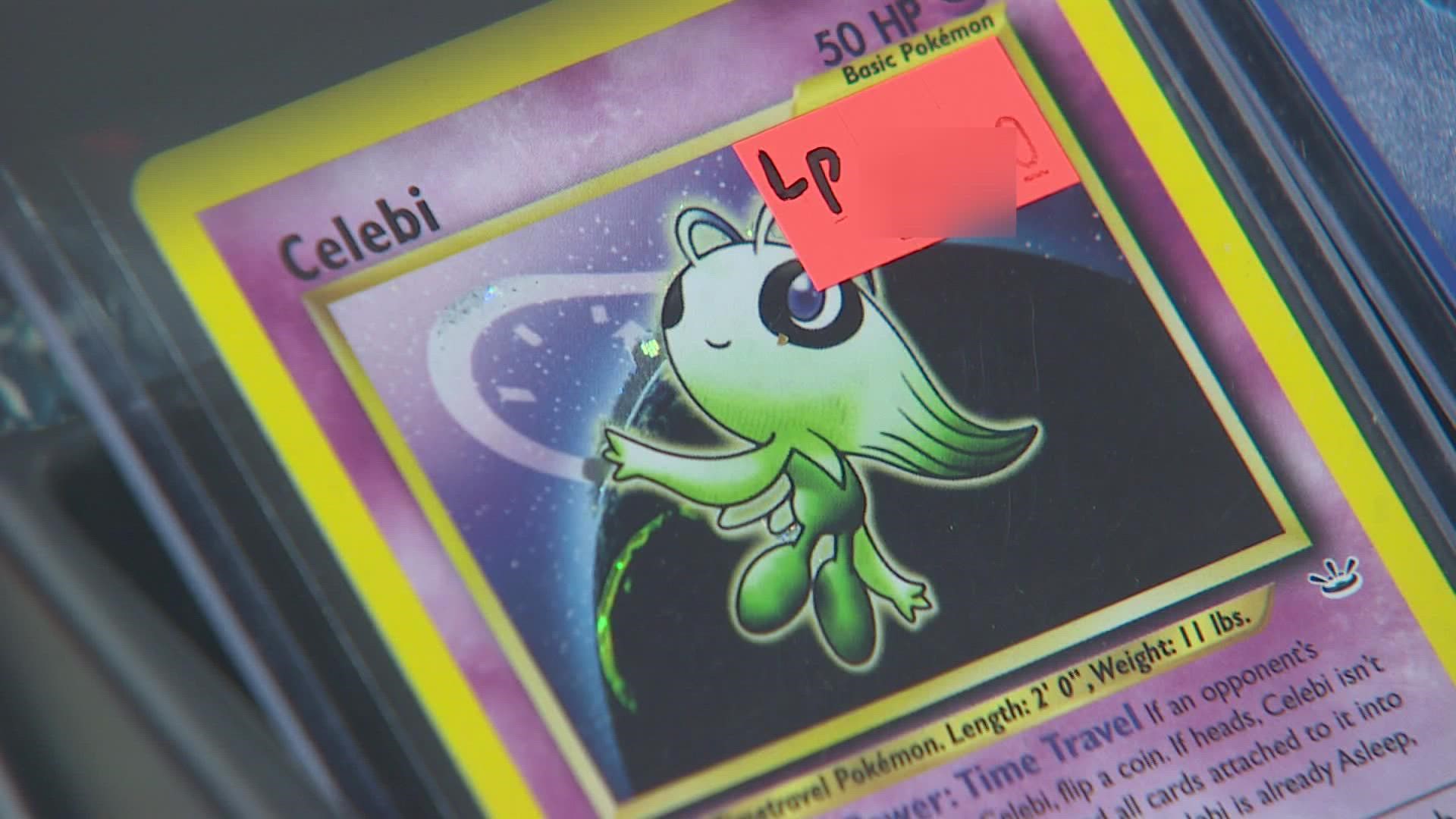 LACEY, Wash. — A Lacey comic book and card store known for giving out free food to those in need was hit by a burglar who got away with thousands of dollars worth of merchandise.

Gabi Shephard likes to think of her store, Gabi’s Olympic Cards and Comics, as more than just a business.

“It’s a community hangout,” said Shephard. “Once you walk in, you’re one of my kids.”

But in the early morning hours on Saturday, Oct. 2, someone broke into her shop and stole more than $8,000 of Pokémon and Yu-Gi-Oh cards and miniature painting equipment and supplies.

“My first feeling when I walked in was just, absolute betrayal,” said Shephard. “Like, how could someone do this?”

Shephard was relieved after looking at surveillance video of the three potential burglars and not seeing anyone she recognized. She feared it might have been regular customers or members of the homeless community she and her charity, Gabi’s Kids have been helping for 15 years.

Anyone can come by her store and pick up a bag of food, free of charge, thanks to donations. “It’s just a gift of love from the community,” said Shephard, “to help other people.”

Shephard is grateful none of her employees were hurt.

“I try very hard to see the silver lining,” said Shephard, “I hope that these people were desperate and needed food.”

While sympathetic, Shephard does want the police to hold the burglars responsible.