Mishka, a young female sea otter at the Seattle Aquarium, has mastered the use of her inhaler in time for unhealthy air conditions brought on by wildfires. 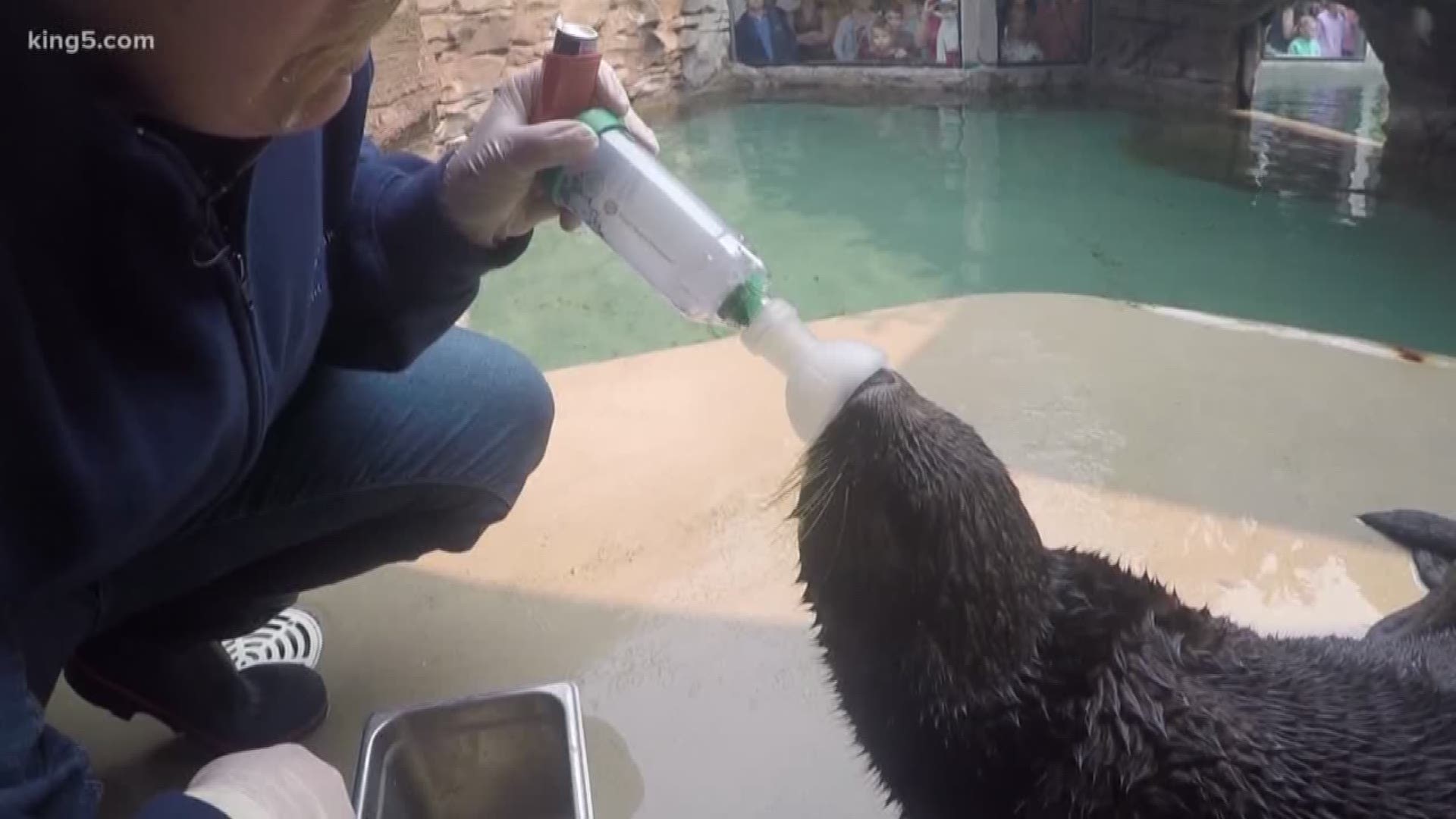 An asthmatic sea otter who gained fame in 2015 after learning to use an inhaler is still doing well, despite the same poor air quality that may have caused her health problems.

Mishka, a young female sea otter at the Seattle Aquarium, was diagnosed with asthma that year during a stretch of severe wildfire smoke around the city. So Seattle Aquarium staff taught her to do something incredible.

The cute factor is unmatched, but sea otters are generally one of the cutest to watch. After all, they hide food in their armpits. But turns out, the critters are also really smart.

"She was a superstar. She's very patient. And we have some superstar staff that made it work," Carpenter said. "Anything in their exhibit, they are very curious so they will take it and play with it. So we had to really teach her that this isn't a toy. This is training time. It's school time now."

The training started soon after Mishka arrived at the aquarium, found injured and entangled in a crab pot.

Three years later, Mishka is an inhaler master, and good thing too, as thick wildfire smoke is back threatening her health again.

Staff continues to monitor Mishka, along with the other animals at the Seattle Aquarium.

Hadfield said fish are the ones who come in contact most with changes in air quality since outside air is blown into their tanks. So far, they haven't noticed any behavioral effects among the fish from all of the smoke.

And it turns out Mishka can now do a lot more than just use an inhaler.

"They have also been able to train her to come up onto an x-ray plate and so that gives us a chance to take x-rays of her chest while she just sits there, which is a wonderful way to monitor it. And they are also training her so that we can listen to her lungs at all times," Dr. Hadfield said.

Mishka is now famous for her inhaler trick, but she doesn't know that and neither do her buddies, none of whom have asthma like she does. It appears Mishka doesn't mind being special since the inhaler just means extra squid. 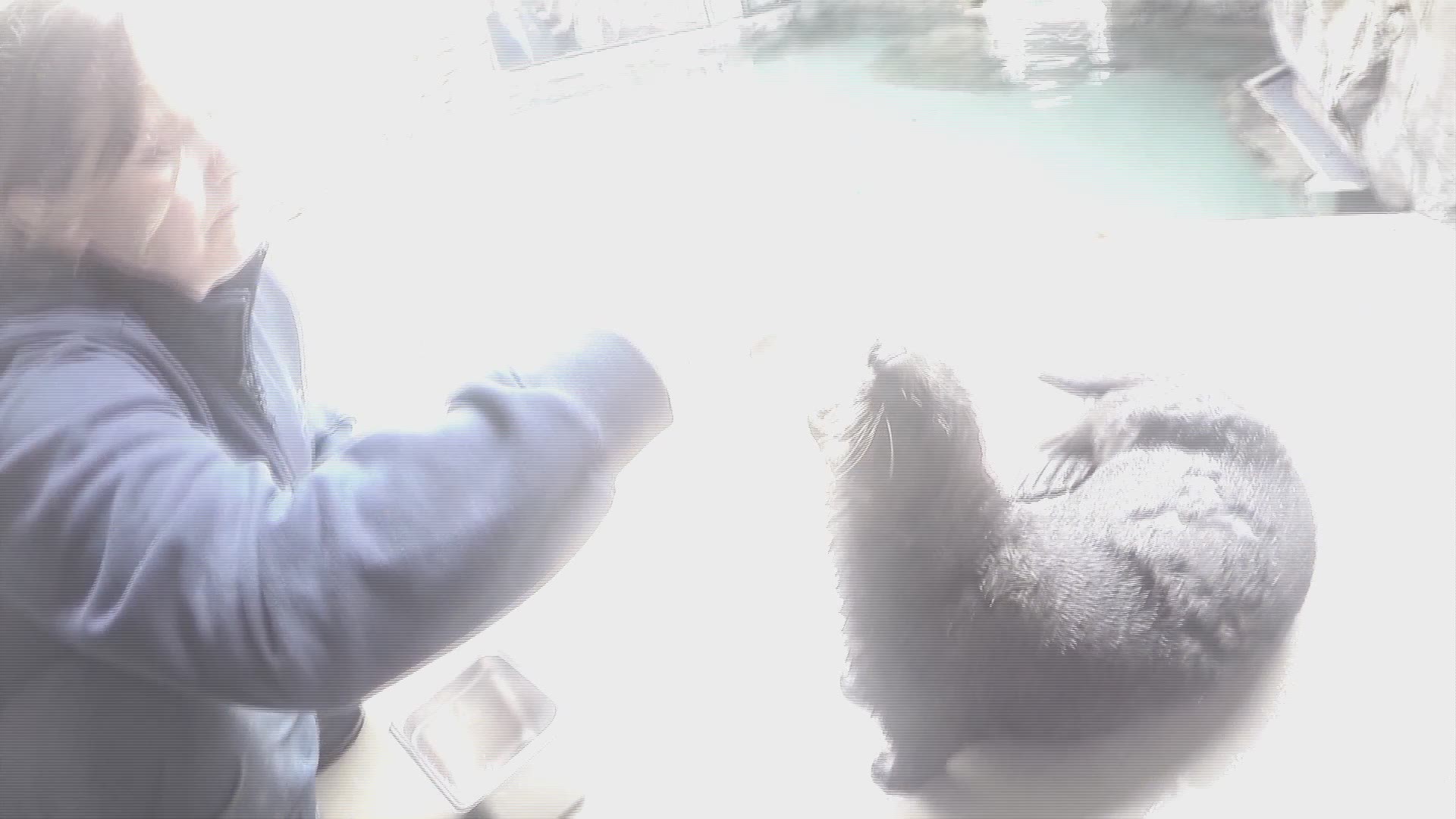 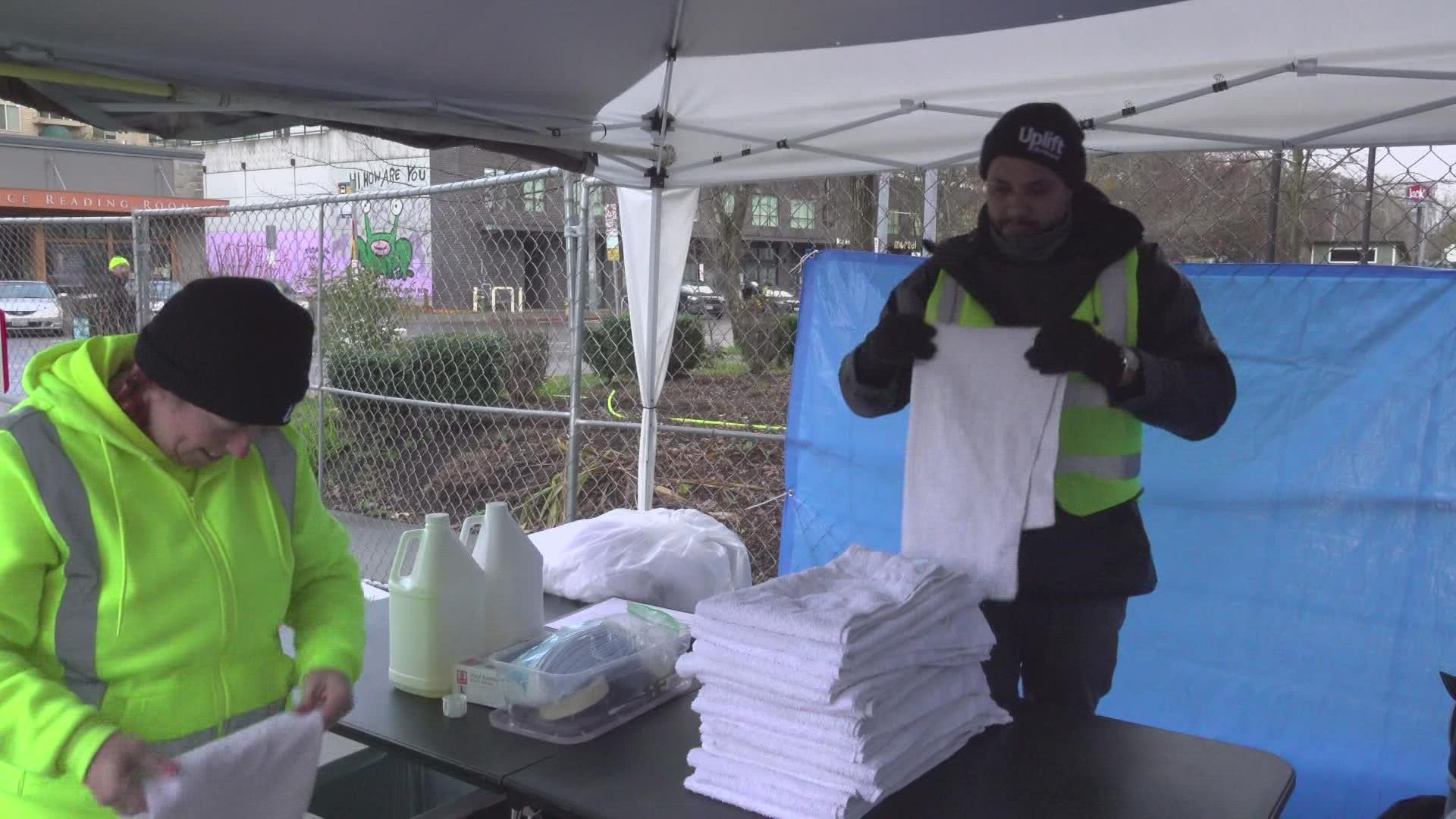