Another $300,000 needed to move historic mural at Washington capitol 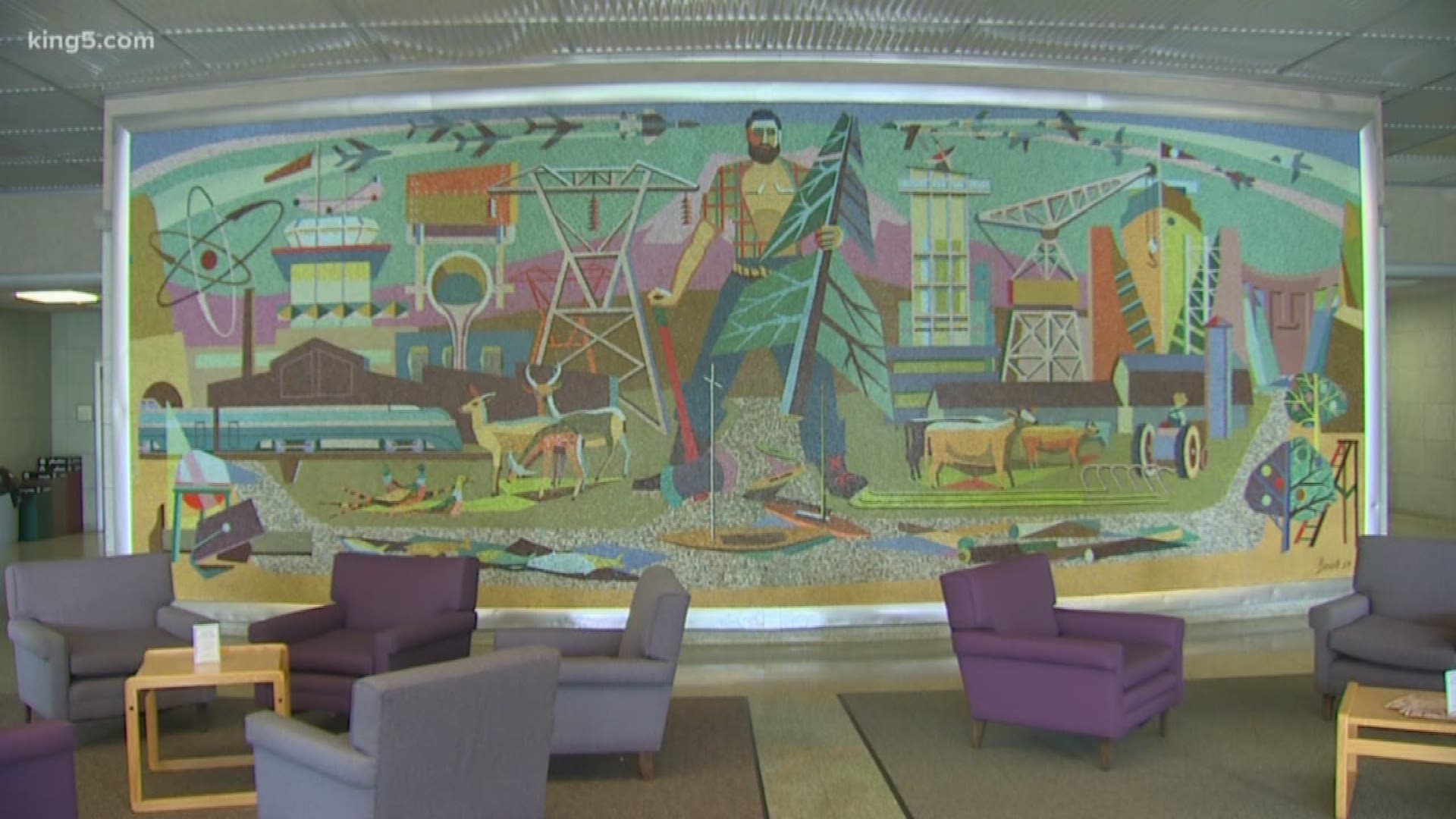 A piece of history at the state capital needs help getting to its new home.

State lawmakers set aside $275,000 to preserve a mural in the now vacant General Administration building, but the bill to move it to the new state building next door needs to be picked up by someone else.

“We anticipate we are going to need another $300,000,” said Marygrace Goddu, the state’s cultural resources manager.

Earlier this year the state placed a protective wrap around the mural.

Goddu said the mural, made up of 150,000 pieces of glass hand-cut in Venice, needs to be moved as one piece to keep it intact.

Also see | Mosaic at state capital to be moved, preserved

Seattle Artist Jean Cory Beall glued the individual pieces to the wall when she assembled the mural in 1959.

Moving the mural will mean removing doors, windows, and even smoke detectors because of the limited ceiling clearance.

Goddu said the mural is well worth all the preservation and moving costs.

“It’s really an amazing statement of the state of mind of Washington state at the time,” said Goddu.

A lumberjack, salmon, jet airplanes, and the nuclear science are all represented in images on the mural.

Click here to learn how to help pay for the move.