New research out of England shows conditions are causing fish to lose their sense of smell. 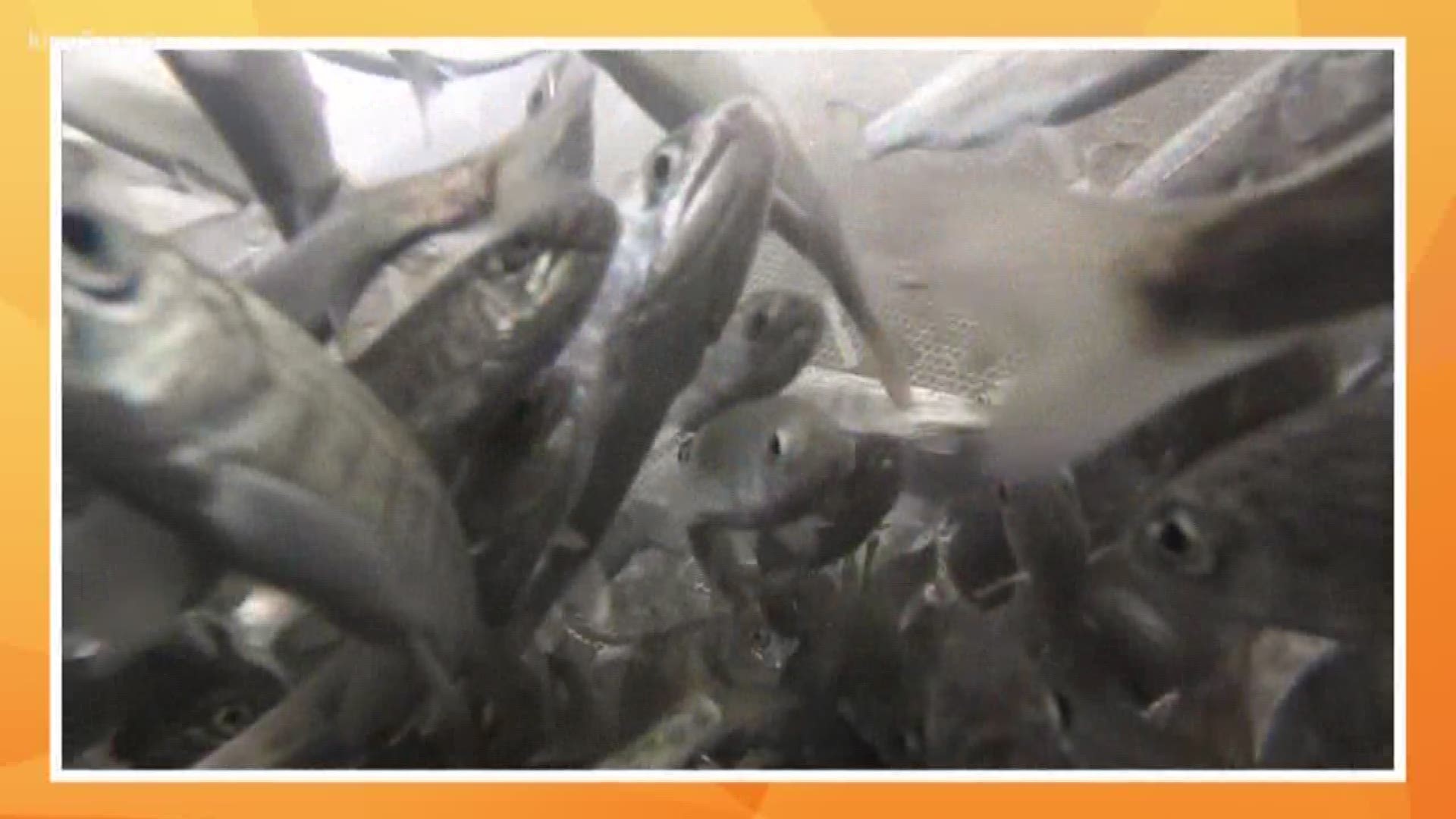 Fish rely on their noses to guide them to food, escape predators, and find mates. Now, scientists believe increasing levels of carbon dioxide in the ocean are harmful to fish’s ability to pick up scents. The researchers worry about the potential impacts a diminished sense of smell could have on fish populations.

Ocean acidification occurs when carbon dioxide is absorbed by seawater, forming carbonic acid. About a third of the carbon dioxide emitted by humans is taken up by the ocean in this fashion, causing the pH of the ocean to go down and making it more acidic. Ocean acidification is known to be harmful to shellfish and corals, but the effects on marine fish are less well-studied.

In a new study, juvenile European Sea Bass were held in tanks with seawater that simulated the ocean 50 and 100 years in the future. The fish’s sense of smell was tested by placing them in a tank and injecting monkfish bile into the water to simulate a predator. The researchers found that the fish who had been raised in the acidified ocean swam, on average, 42 percent closer to the “predator” than the control, or untreated, group of fish.

This showed a “direct effect of the change in ocean chemistry on the sense of smell of fish,” said Cosima Porteus, the lead author of the study. Porteus is a postdoctoral scholar at the University of Exeter studying fish physiology.

By measuring the electrical signals sent between the olfactory receptors—specialized cells in the nose that detect smells—and the brain, the researchers determined that less information was getting sent along this pathway.

The researchers looked at the differences in gene expression between the control group of fish and those that were raised in an acidified ocean. Gene expression dictates which cells carry out which functions. If fish were having a harder time smelling, the scientists reasoned, maybe they would make more olfactory receptors to pick up the smell. Instead, the research found that the changes in ocean chemistry caused fish to make fewer receptors, compounding the problem.

“Instead of compensating for a loss in their sense of smell, the exact opposite was happening,” explained Porteus.

A fish’s sense of smell allows it to find food and escape predators, but it also helps them navigate the ocean’s waters. Previous research has shown that salmon in Puget Sound use their sense of smell to navigate back to their home streams when it is time to spawn. Scientists also believe that smell is crucial to fish’s ability to form schools, which are an added protection against predators.

With a reduced sense of smell, warned Evan Gallagher, a professor of toxicology at the University of Washington School of Public Health, fish may “make inappropriately risky choices” that threaten their survival. Gallagher is currently conducting similar experiments on salmon to see how they will fare as Puget Sound acidifies.

Although Porteus and her coauthors only studied European Sea Bass, they think that their findings are applicable to other species of fish as well.

Porteus called her work a “warning for the future.” She believes we can still mitigate these effects by lowering carbon dioxide emissions. Gallagher agreed with her assessment and stressed that there are still choices to be made that could help the fish.

“The ultimate hope is that it drives policy,” he said. “These effects are real, and they’re happening now.”