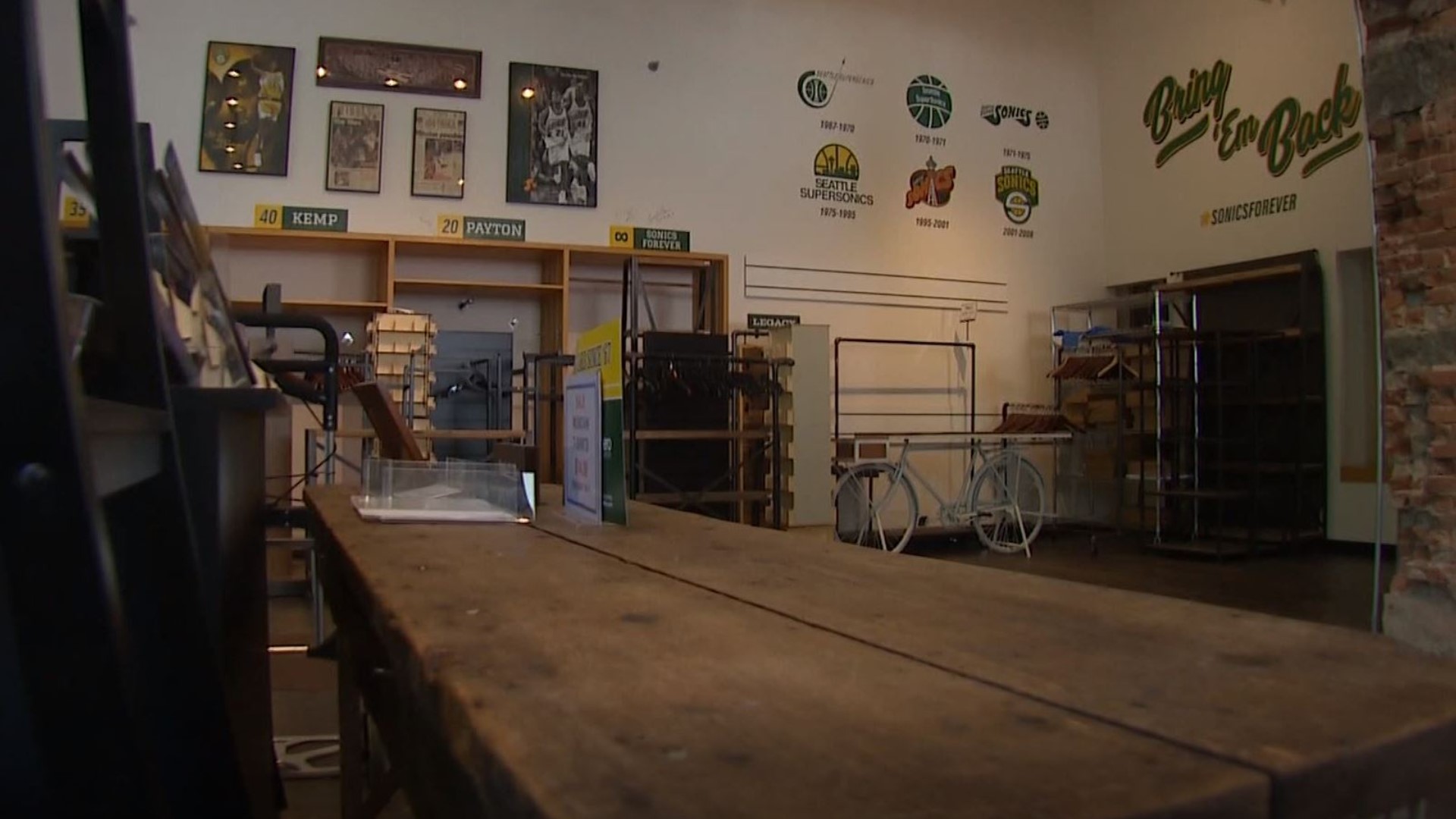 “It's exhausting to know that your phone could beep at any moment with an alarm notification,” he said. “We've just been a constant target since opening the store three years ago.”

They endured multiple break-ins or burglaries last year, then the pandemic-forced shutdown, and then a lack of foot traffic at its Pioneer Square store once they re-opened because there are no sporting events.

But the final straw for the future of this local business that celebrates Seattle's past and present came yesterday.

“While we're getting ready to close, four guys come into our 1st and Pine location, guys just come in, and aggressive, no regards for our staff or anything, just do whatever they want, grab armloads of stuff and walk out,” Munson said.

Fed up, frustrated, and saddened Munson is closing down the Pioneer Square location, one of three in Seattle.

“A string of break-ins, bricks through our windows, people coming in just in broad daylight with big groups, taking armloads of gear," he said. "Hard to operate and keep our staff safe at the same time."

Munson says he doesn't have the answers on how to fix crime downtown, but he wants to be part of the solution and hopes to re-open in Pioneer Square someday.

“We love the idea of the physical space that celebrates the history and culture of the Sonics. We hope it'll be back at some point.  We want to be on the front end of just remembering the good old years but look forward to the future when they come back, and we celebrate their return.”

RELATED: Mariners baseball is back, but SODO businesses still miss the fans