A total of 92 roosters were seized from a home in Kent back in May. King County animal officers believed the birds were being raised and trained for cockfighting. 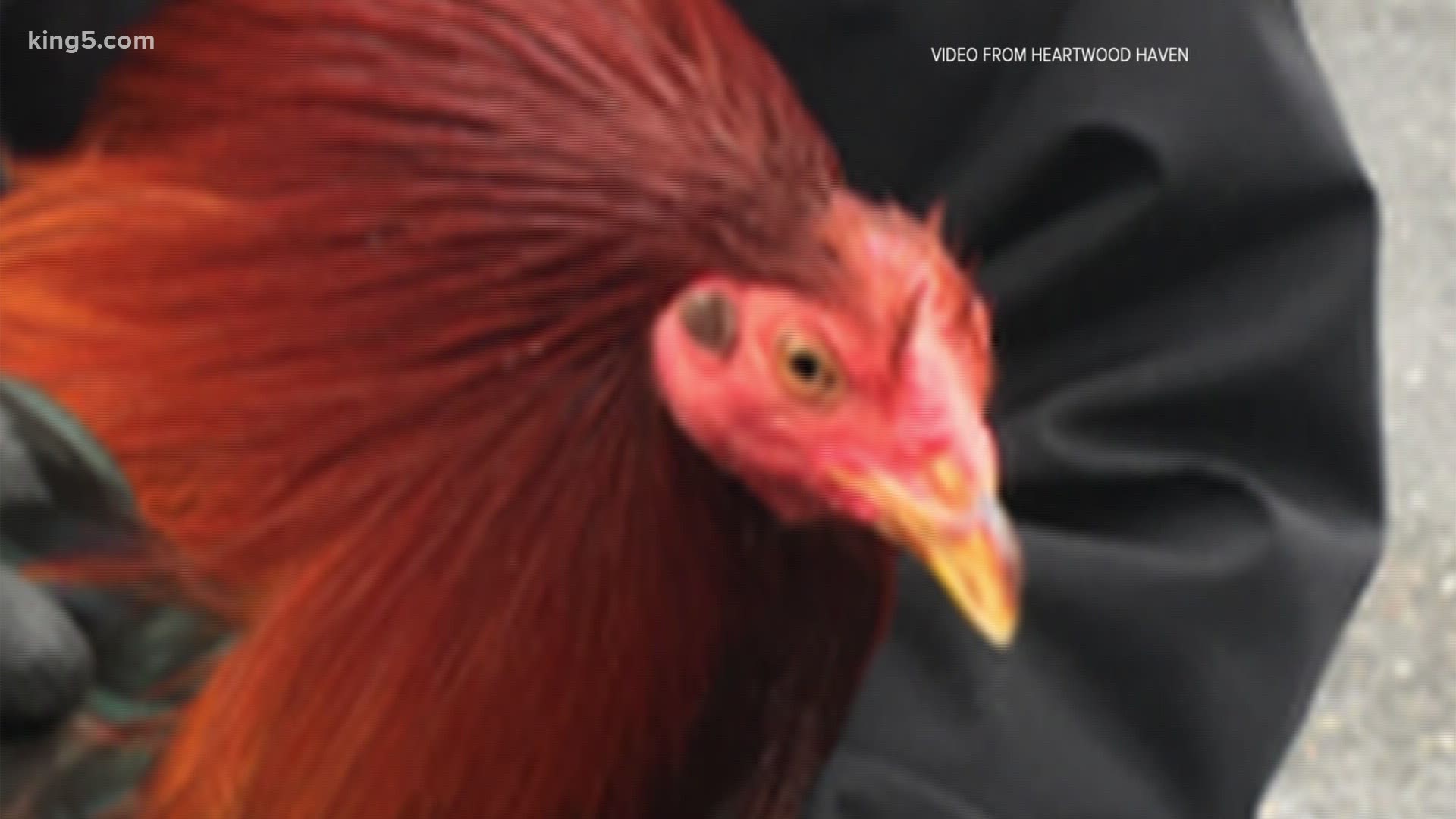 There's a last-minute scramble to find suitable homes for more than 40 roosters involved in a reported King County cockfighting ring.

"It's definitely a mad dash, it's been a lot of work, and very, you know, difficult to make this all come together," said Kate Tsyrklevich, co-founder of Heartwood Haven.

Tsyrklevich and the caretakers at Heartwood Haven have stepped in to find homes for 47 abused roosters.

"Every day we go and pick up. So yesterday, 10 roosters were re-homed, so we picked them up and did the deliveries to each individual house. Today, the number is going to be around 14," said Tsyrklevich.

A total of 92 roosters were seized from a home in Kent back in May. The Regional Animal Services of King County says officers believed the birds were being raised and trained for cockfighting.

Some of the birds had to be euthanized because of their injuries or behavior.

"It's pretty rare for different animal control organizations to even allow these roosters to be re-homed. In a lot of cases with, you know, dog biting or cockfighting all the dogs and all the roosters are euthanized," said Tsyrklevich.

The animal sanctuary has until Saturday to find suitable homes for all of the roosters, or else they'll have to be euthanized.

Animal services says it receives several reports each year of cockfighting and dogfighting.

Heartwood Haven tries to step in to save as many animals as possible.

"Doesn't make the news much, but there are cockfighting busts all over the place. Last summer, we helped to place about 80 cockfighting birds into homes," said Tsyrklevich.

Tsyrklevich says the roosters make great pets and are people-friendly -- and deserve to be adopted and loved.

To apply to adopt a rooster, fill out this form.

For more information on how to donate towards Heartwood Haven's efforts to save the roosters and other animals, head to their website.