Seattle City Light executives announced its latest plans in an effort to get its Skagit River dams relicensed for up to 50 years. 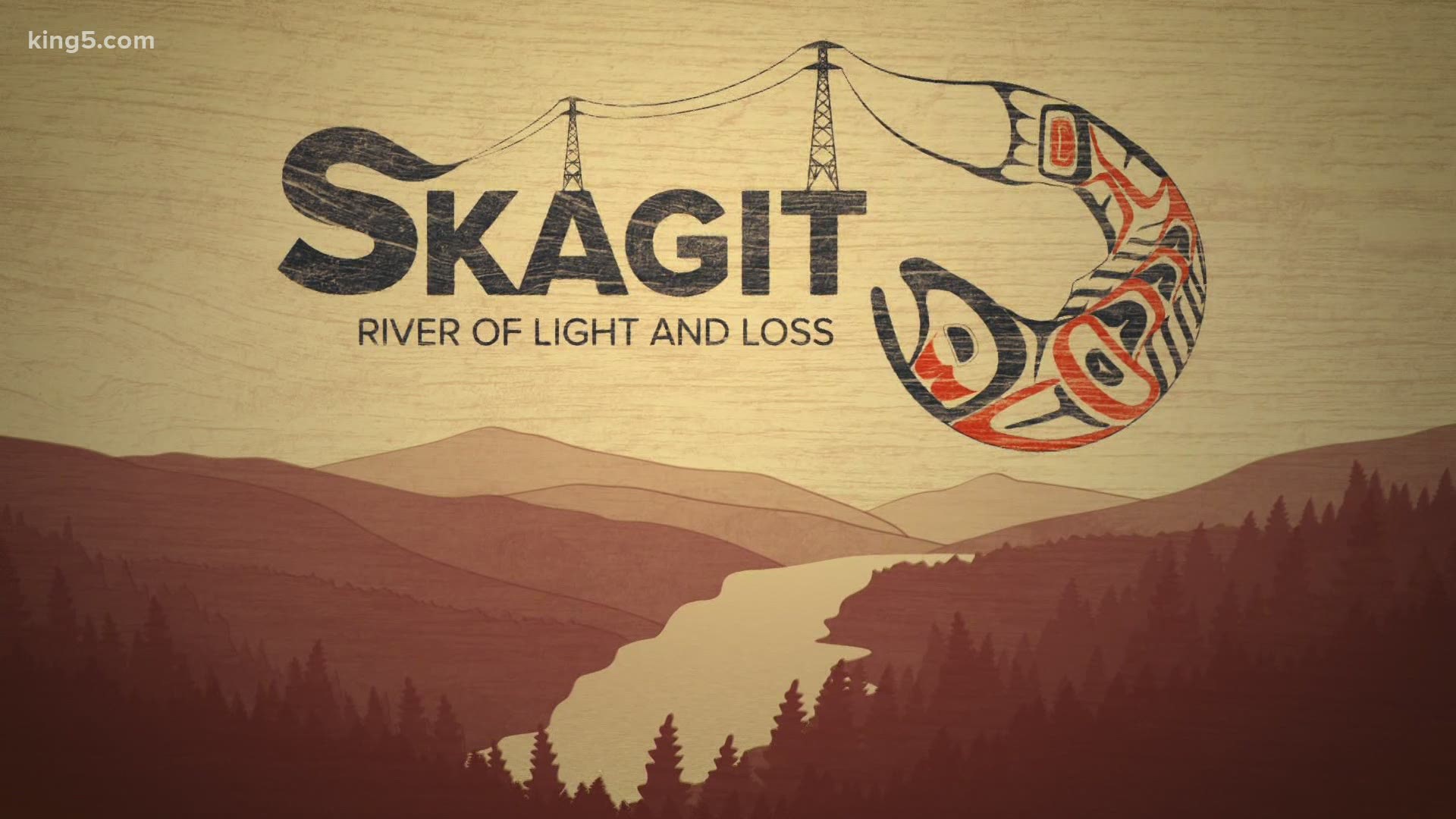 SEATTLE — After 100 years of dewatering a three-mile portion of the Skagit River where it used to flow freely, Seattle City Light on Wednesday pledged to put water back into what is referred to as the Gorge bypass reach.

“It is our intent to re-water that reach and not wait for the new license to do so,” said Debra Smith, general manager and CEO of Seattle City Light.

The announcement comes as the public utility is in a multi-year process of getting its three hydropower dams on the Skagit River relicensed by the federal government.  City Light officials held a virtual news conference to brief reporters on Wednesday - the utility’s deadline to submit revised study plans to the federal agency charged with relicensing hydropower projects.

Results of the studies are intended to inform regulators on what conditions will be placed on Seattle under a new multi-decade license to mitigate for adverse impacts caused by its dams.

“It’s incredibly important work,” Smith said. “We are balancing a lot of interests. The need for clean energy and mitigating for impacts on the river, wildlife, and people (and) the need to plan for the future while also addressing inequities today and longstanding inequities.”

The dried-up portion of the river is between Gorge Dam and the Gorge Powerhouse located in the City Light-owned town of Newhalem along scenic Highway 20 in Whatcom County. For a century the utility has diverted water out of the stretch and instead shoots it through an 11,000-yard power tunnel bored through a mountain above the riverbed. That creates more velocity as the water hits the turbines in the Gorge Powerhouse, creating more electricity.

The practice has been particularly offensive to members of the Upper Skagit Indian Tribe whose ancestors inhabited the lands surrounding the city’s hydropower project for 10,000 years. The tribe considers the de-watered stretch its “Spirit Valley;” Gorge Dam is located in the middle of the tribe's “spirit boundary.” Construction of the three dams occurred without consultation with any of the tribes of the Skagit Basin.

“This river is named after our people. There’s a sense of emptiness that I feel and a sense of wrong seeing the river that’s been devoid of water for so long,” said Scott Schuyler, tribal elder and natural resources policy representative of the Upper Skagit Indian Tribe.

“We heard the Upper Skagit Tribe and many of license participants when they said the dewatering of the reach of the river between Gorge Dam and Gorge Powerhouse was really a great cultural insult and wound that the Upper Skagit Tribe in particular is still suffering from,” Chris Townsend, director of natural resources and hydro licensing at Seattle City Light said. “(We intend to) put water back in that reach of river as soon as possible. It’s not an easy thing to do. We’ll have to work with our partners on how to do that.”

Schuyler said he and his ancestors are “pleased” to hear that portion of the river may flow again but the announcement came as a surprise and without input from the tribe. He said it’s part of a “pattern of disrespect” to hold a news conference without briefing key stakeholders in detail about the revised study plans beforehand.

“We were not consulted before this announcement. We’re not sure what (putting water back into the dewatered reach) will exactly mean,” Schuyler said. “I see some progress with Seattle’s stated revised study plans based on their words. However, actions speak louder than words. The licensing parties and I will need to see the study details in writing before we can truly evaluate their approach. Seattle’s time would have been better spent briefing the licensing parties rather than taking bows in front of the press.”

It’s federal law that if a utility’s dams hurt fish, wildlife, or cultural interests, such as Native American ways of life, mitigation must take place to make up for the harm.

This has caused tension, conflict, and concern for the future of the Skagit River, the salmon struggling for survival in it, and the Native American tribes who depend on it for their way of life and the execution of their treaty rights.

CEO Smith said the utility has changed its ways, pledging to engage in more listening and transparency. She said their increased commitment is demonstrated with the announcement on Wednesday that they are committing to spend $20 million on studies for a new license, which is an increase from the original $10 million they planned to spend on the initial study plans submitted last year.

“Our intent is not to surprise and to work collaboratively moving forward,” Smith said. “As far as the announcement, however, we are a public agency. People expect us to be transparent. We believe it is our role and it is our responsibility because these are ratepayer dollars (so we need) to be clear about what we’re recommending.”

The city also announced the formation of a Fish Habitat Fund that will include a $2.5 million initial investment and $500,000 annually to benefit species in the Skagit that are on the endangered species list, including Chinook salmon and steelhead.

Skagit County government’s relicensing representative said announcements of the intention to put water back into Gorge bypass reach and a new fund for salmon recovery are outside the scope of new licensing requirements and deter from the real work that needs to be done.

“This is a headline-grabbing PR stunt aimed at avoiding Seattle’s obligations in the Skagit, which has been the pattern since the outset of this process,” Skagit County attorney Will Honea said. “CEO Smith has thrown out some distracting trinkets that have nothing to do with the new license they seek. What we should be talking about is a near-billion-dollar obligation by the utility over a new fifty-year license to save Skagit salmon. We will not be distracted. We stand with the Upper Skagit Indian Tribe.”

The Upper Skagit Tribe said they appreciate Seattle’s improved engagement, but with so much at stake, they will continue to fight for meaningful outcomes for the Skagit River.

“I will not rest until all of us can be convinced that the studies are conducted based on the best available science and are truly independent scientific evaluations of the issues Seattle has consistently ignored,” Schuyler said.