Nearly half the time, individuals served with protection orders in King County fail to provide proof that they surrendered their firearms, according to 2016 data obtained from the King County Superior Court. 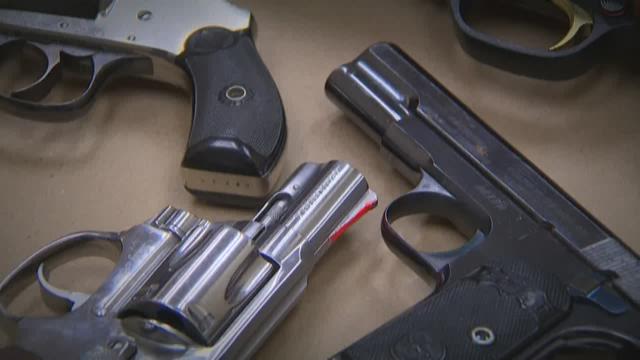 A Washington law aimed at taking guns out of the hands of domestic abusers is failing for many victims in the state’s most-populated county, a KING 5 investigation finds.

Nearly half the time, individuals served with protection orders in King County fail to provide proof that they surrendered their firearms, according to 2016 data obtained from the King County Superior Court.

Under a 2014 law, individuals targeted by protection orders must submit a receipt showing that they’ve turned their guns over to the police, or sign a declaration swearing that they don’t have a gun. That same law requires courts to confirm compliance in domestic violence cases.

In 2016, 1,002 domestic violence protection orders signed by King County judges included a specific order that the accused abuser surrender all firearms. Nearly half of the accused never responded to that order – 47 percent, or 471 people served with protection orders, did not respond with a receipt showing that they’d turned their weapons over to police or a signed form swearing they have no guns.

Victims advocates say that an intimate partner is 20 times more likely to be the victim of a homicide if that person lives in a home where a firearm is present and where another person living there has a history of domestic violence. In an eight-year period in Washington, nearly 400 domestic violence victims were murdered by abusers with guns. 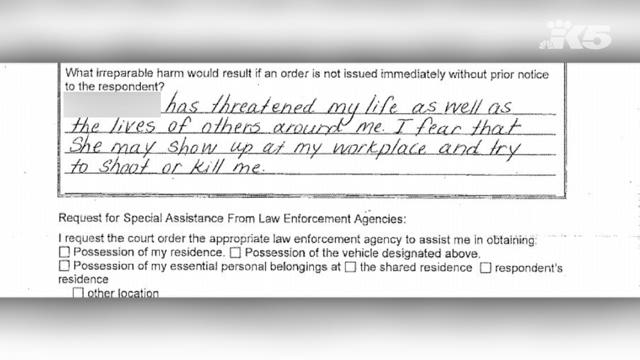 KING’s review of domestic violence protection orders found that many more accused abusers use firearms to threaten their victims.

“He put his gun to my head.  My son woke up and saw (it),” said one victim in a petition to the court asking for a protection order.

“He has a history of DV for about three years. He has guns and ammo,” said another petitioner.

The petitions are also full of chilling texts, photos and quotes.

“(He) sent me numerous texts threatening to kill me with his gun if I left and moved away.  I am attaching a copy of his messages,” said one petitioner who told the court she was fearful for herself and her son.

“Your (sic) mine.  And you are not going anywhere,” said a text message attached to the petition.

One of William Braun’s clients, Cassie, has been fighting with her estranged husband for several months trying to enforce the surrender of nearly 40 guns that he owns.

“You know that it’s a source of power for them. That’s where that fear comes from. It’s not that they’re going to hit you. You know that if they pull that trigger, you’re dead,” Cassie said after a court hearing that failed to account for all of her ex’s weapons.  In court, her ex denied that he is a threat.

Attorney Braun says the criminal justice system has been too lenient on those who ignore weapons surrender orders.

Braun says violators should be hit with contempt orders and arrests.

“I have actually asked for that in court and that has been denied, even though there was good evidence the abuser had not surrendered his weapon,” Braun said.

“I don’t really think it’s a question of the firmness of the judges,” responded Jean Rietschel, the Chief Judge of King County’s Unified Family Court.

Rietschel said she suspects that many of the non-responsive cases involve accused abusers who haven’t been served with the weapon surrender order.

“Part of the problem exists when they aren’t present (at a hearing), because you have to serve them,” said Lori K. Smith, who until recently served as the Family Court’s chief judge.

Both judges say they understand the importance of getting guns out of the hands of abusers. But they say that contempt orders and arrests for violators would require the assistance of police and prosecutors.

The judges seemed un-phased by KING 5’s finding that half of the accused abusers had not responded to the court’s “weapon surrender” orders.

“I don’t think that’s really unusual. I think people would be surprised at how often people don’t comply with court orders,” Smith said.

Braun and the judges agree that one flaw of the 2014 law is that it did not contribute additional funding to help the criminal judge system pay for that enforcement.

The criminal justice system receives routine reminders of the dangers of domestic violence and firearms.

One came last September, when Tabitha Apling was gunned down in the closet of a Federal Way apartment with her children in the next room.

Her ex-boyfriend, Rashied Mitchell, is charged with her murder.

Mitchell has a long history of domestic violence and harassment complaints filed by Apling and other women.

The murder occurred 12 days after Apling was granted a protection order in King County District Court. 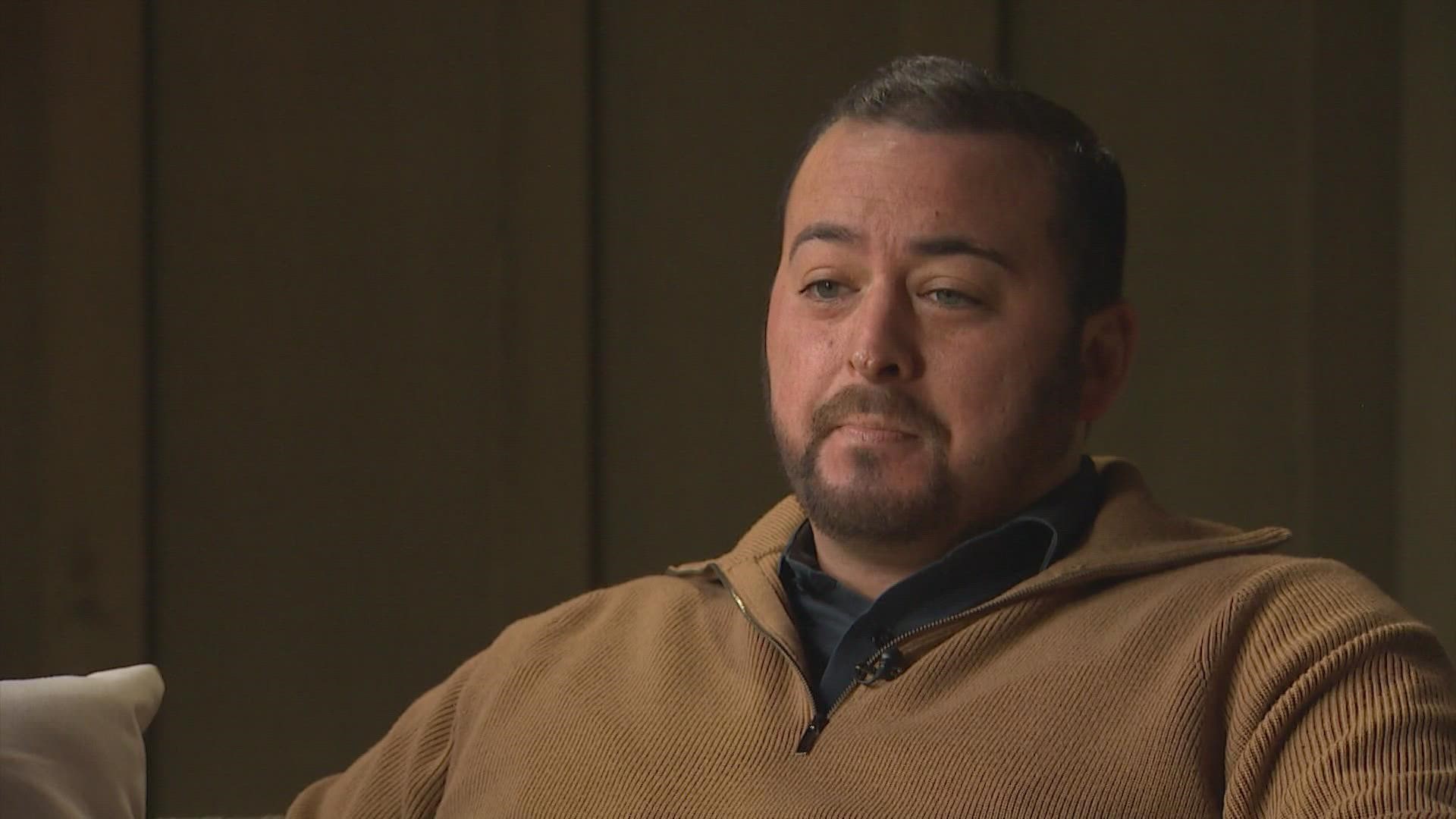