A group of doctors in Seattle develops a test to match cancer patients with the best medicine for treatment. 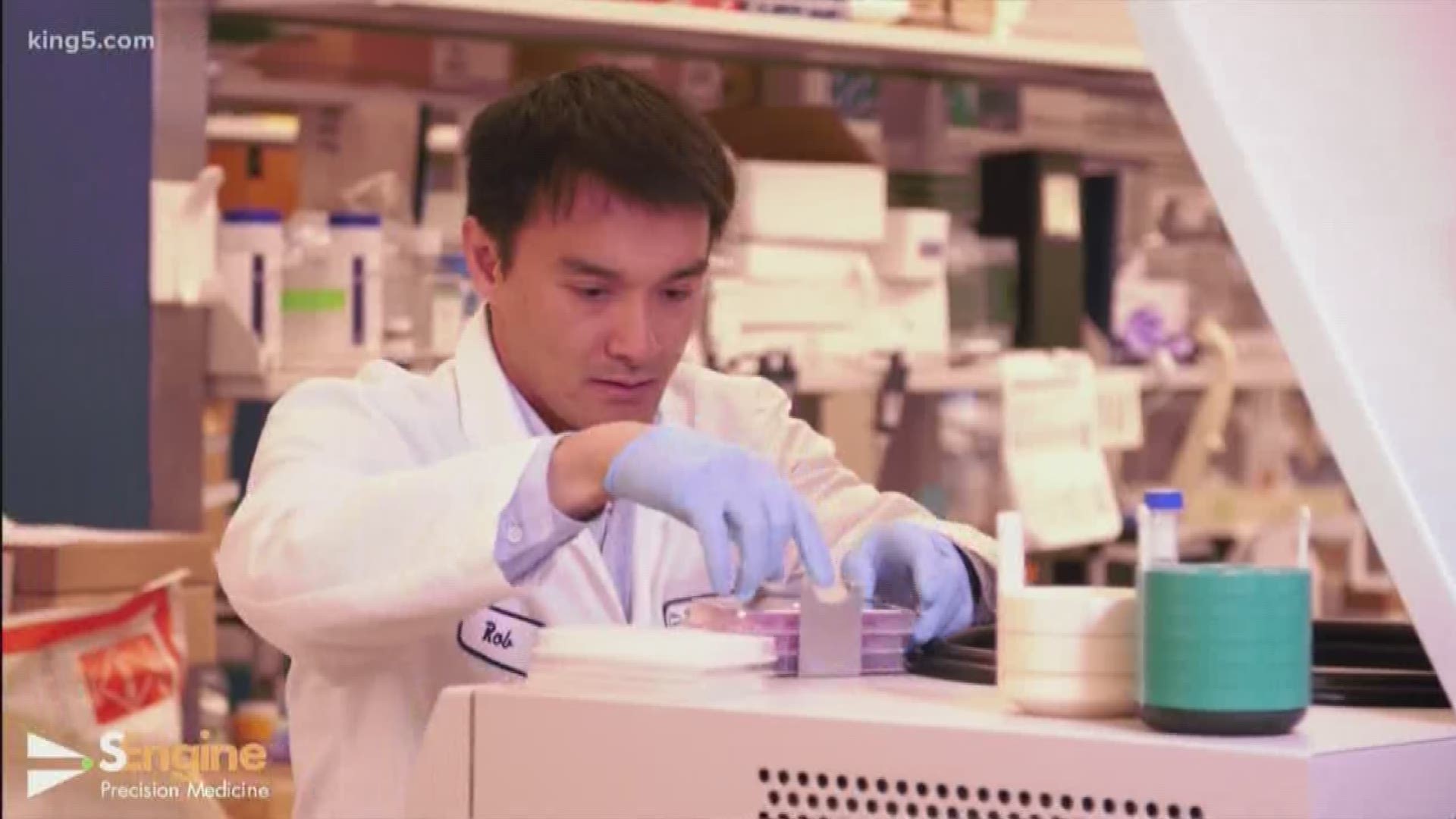 A group of esteemed scientists and doctors lead by a Fred Hutchinson cancer researcher has developed a test that will precisely make medicine choices for an individual patient and their cancer.

SEngine, short for, Search Engine for Identifying Personalized Cancer Treatments, is a group of doctors and scientist in Seattle with the goal of curing cancer one patient at a time.

Dr. Carla Grandori is a biotech entrepreneur and cancer molecular biologist who has devoted her professional career to the treatment of cancer. She is the co-founder and CEO of SEngine

“Cancer medicine historically has not been precise. We have used this broadly toxic chemotherapies in a way that is a one tumor type fits all approach,” explained Dr. Grandori.

The new approach centers on treating an individual’s cancer as unique to them.

“We collected a library of the best, most advanced medicines, about a third of the classical chemotherapies, but the majority are these new targeted therapies,” said Dr. Grandori.

With that arsenal of cancer-fighting drugs at hand, the next step is to find patients who need their help and can provide tumor samples.

“We have people coming in from all over the world, all over the planet, asking for our help. We've been able to test specimens from as far away as Australia and China,” said Dr. VK Gadi, co-founder and medical director of SEngine.

Traditional therapies aren’t always effective, which is one of the reasons why the new approach is so widely accepted.

“If you've got what are potentially dangerous medicines and to then have cancer that's growing, and to then treat it with a medicine that doesn't work. You've not only wasted resources you've wasted that patient's time and potentially how long they may have to live,” said Dr. Gadi. “So, the stakes are high to be able to get the right drug to the right patient at the right time.”

Once a patient’s doctor sends a tumor sample to SEngine, clinicians take a small sample and divide it up into many individual test cubicles. Those small bits of tissue are then placed in an incubator. Those individual cancer cells grow into an organoid during the incubation period and are ready to be exposed to the collection of the most advanced cancer medicines available.

The process is called the PARIS test, a reference to the Greek mythological tale of Paris defeating Achilles.

“What we're doing is essentially a tremendous number of miniature clinical trials on the patient's cancer while it's not in their body and then picking the winner based on that,” explained Dr. Gadi. “There's an inherent advantage to being able to see cancer die in front of you rather than guessing.”

The process is possible because of miniaturization and computerized robotics that allows doctors to simultaneously run up to 120 different drug tests on particular cancer from a single individual.

“We used to take a month or a week to analyze data, and now it’s done in 10 minutes and it spits out a report. In this report, we see all these dots and those dots indicate in their position which drug worked best,” said Dr. Grandori.

The report is then sent to the patient’s oncologist who can use it to make the best choice for treating their patient.

“It's like a two-dimensional map of the world. There's a point where you want to be and 50 different roads to get there, but you don't know which road to take. That’s the goal here.” said Dr. Gadi. “We have something saying here's where you are. This is where you need to be, and this is the straight straightest path to get there.”

“In the future, there will not be cancer types. But there will be only one cancer, cancer that person has and you will be treated accordingly,” said Dr. Grandori.

SEngine is currently accepting cancer samples for testing. You can either have your doctor arrange the test, or you can contact them directly.