Joseph Mount is accused of leading more than 150 people on a trip to the Grand Canyon last year. Mount no longer works for Steck Medical Group in Chehalis. 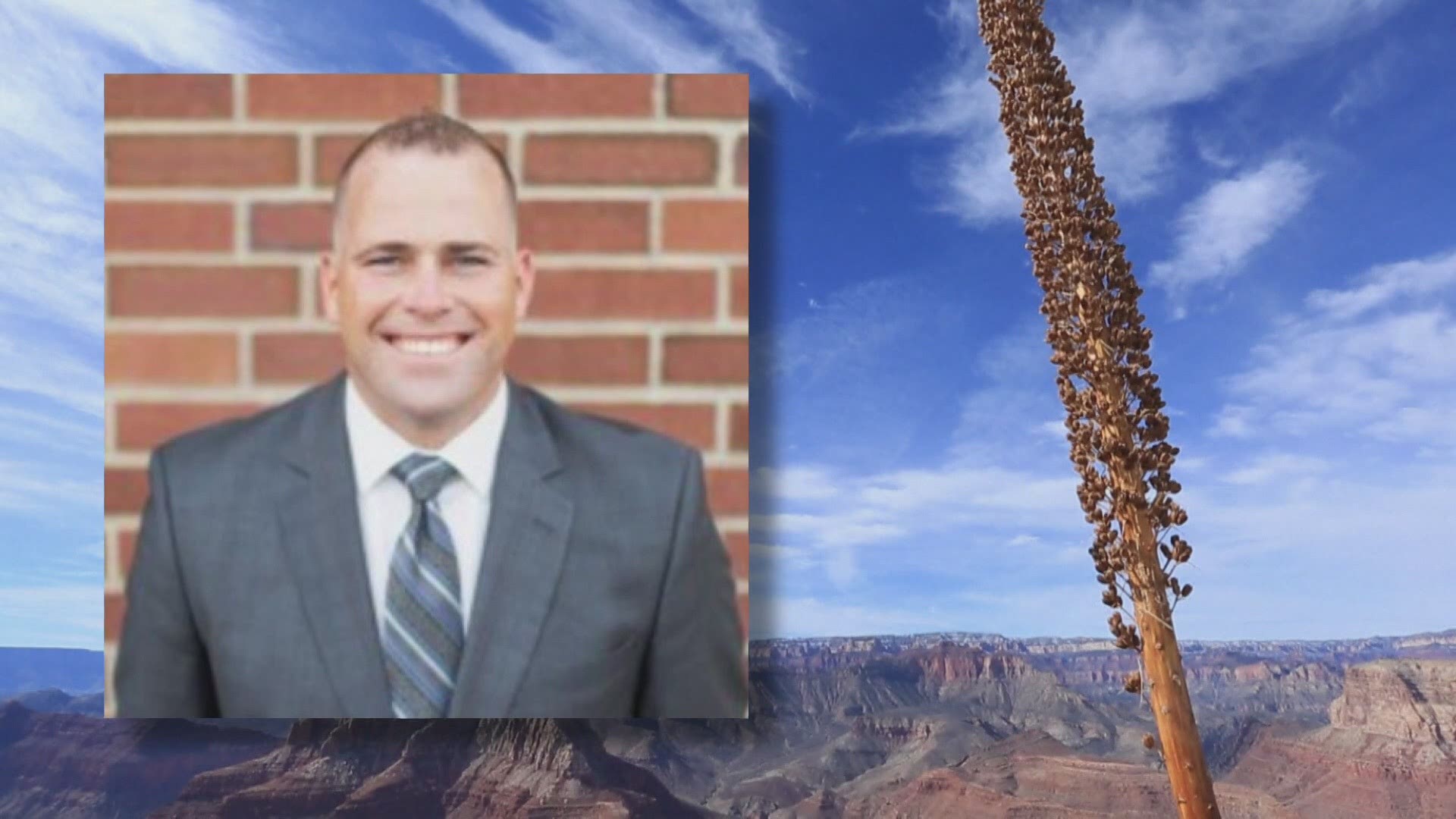 SEATTLE — The beauty and spectacle of the Grand Canyon draw people from around the world, but a hiking trip during the COVID-19 pandemic has landed a Washington healthcare executive in federal court.

Records filed in Arizona U.S. District Court alleged that in October 2020, Joseph Don Mount led a group of approximately 153 people on a hiking trip in Grand Canyon National Park. Hikers transited “rim to rim,” a popular route that takes hikers on a strenuous trek thousands of feet down into the canyon, then back up on the other side.

In non-pandemic times, the National Park Service (NPS) limits groups for these hikes to 30. Since the pandemic, that number was reduced to 11. The NPS said groups larger than that impact the wilderness character for other hikers and can harm the natural environment.

“When you have folks who are walking four, five or six people across, they often go outside the bounds of the trail,” said Kait Thomas, Public Affairs specialist at Grand Canyon National Park. “They start stomping on the soils, the vegetation, causing some damage there.”

Mount, who was working as chief operations officer for Steck Medical Group in Chehalis at the time, was warned by rangers before the trip, the NPS said. He now faces five charges for providing false information to investigators, interfering with government employees, conducting un-permitted business in the park, and defying group size and COVID-19 restrictions.

Mount was no longer employed at Steck prior to news of the charges on May 4, a board member for the company said. The board member said they had no knowledge of the trip.

The NPS said Mount charged $95 per person for the trip, and investigators learned of the plan after a tipster submitted screenshots from the organizing Facebook group, including a post from Mount, writing “112 COMMITTED HIKERS COMING FROM 12 DIFFERENT STATES!!!!”

The criminal complaint says Mount denied he was planning any such hike to a park official before the trip and alleges participants were coached to avoid speaking with uniformed rangers or admitting their involvement with a larger group.

The same complaint claims Mount later posted about the discussion with the official, writing a “park official telling me I can’t hike the R2R with more than 11 people isn’t going to prevent me from doing one of the greatest hikes on the planet.”

Mount has not responded to KING 5's messages but told The Daily Beast he didn’t plan the hike to make a profit and was unaware of the charges until contacted. Group postings show much of the money was spent on transportation and costs for the trip, though he may have made enough for a pair of new hiking poles.

Thomas said while rangers sometimes have to communicate guidelines to groups, it is rare for park rules to be defied outright.

“The National Park Service did speak with this individual at least two times prior to them coming to the park with this large group,” she said. “And I think a big thing that we noticed is that day that they were here, we received an awful lot of visitor complaints about the size of the group, and the ways that they were impacting the trail and the experience of those visitors who were here.”

One visitor told officials the “quality of our hike [was] extremely diminished,” and it “took an additional two hours to finish our itinerary to the North Rim as we waited for people all morning long.”

Thomas noted the large group also posed a COVID-19 threat for other guests. Witnesses in the criminal complaint describe many not observing social distancing and not wearing face coverings. The sheer volume of people can also overwhelm the capacity of water stations and composting toilets on the trail, she said.

The Grand Canyon is the sixth most popular National Park in the U.S., with 2.9 million visitors in 2020. Still, officials said group size limits are important to preserve the space for all users.

“Nobody likes to go to a national park and feel like they're at Disneyland,” said Thomas. “You know, it's much better when folks are a little bit more equally spaced out amongst the park so that you can enjoy it, you can come back home with great memories, and also it helps protect the park, too.”