New coronavirus rules for farmers markets could leave many vendors behind

Only farm food stalls would be allowed under the Snohomish County rules, excluding many local sellers, such as soap makers and flower vendors. 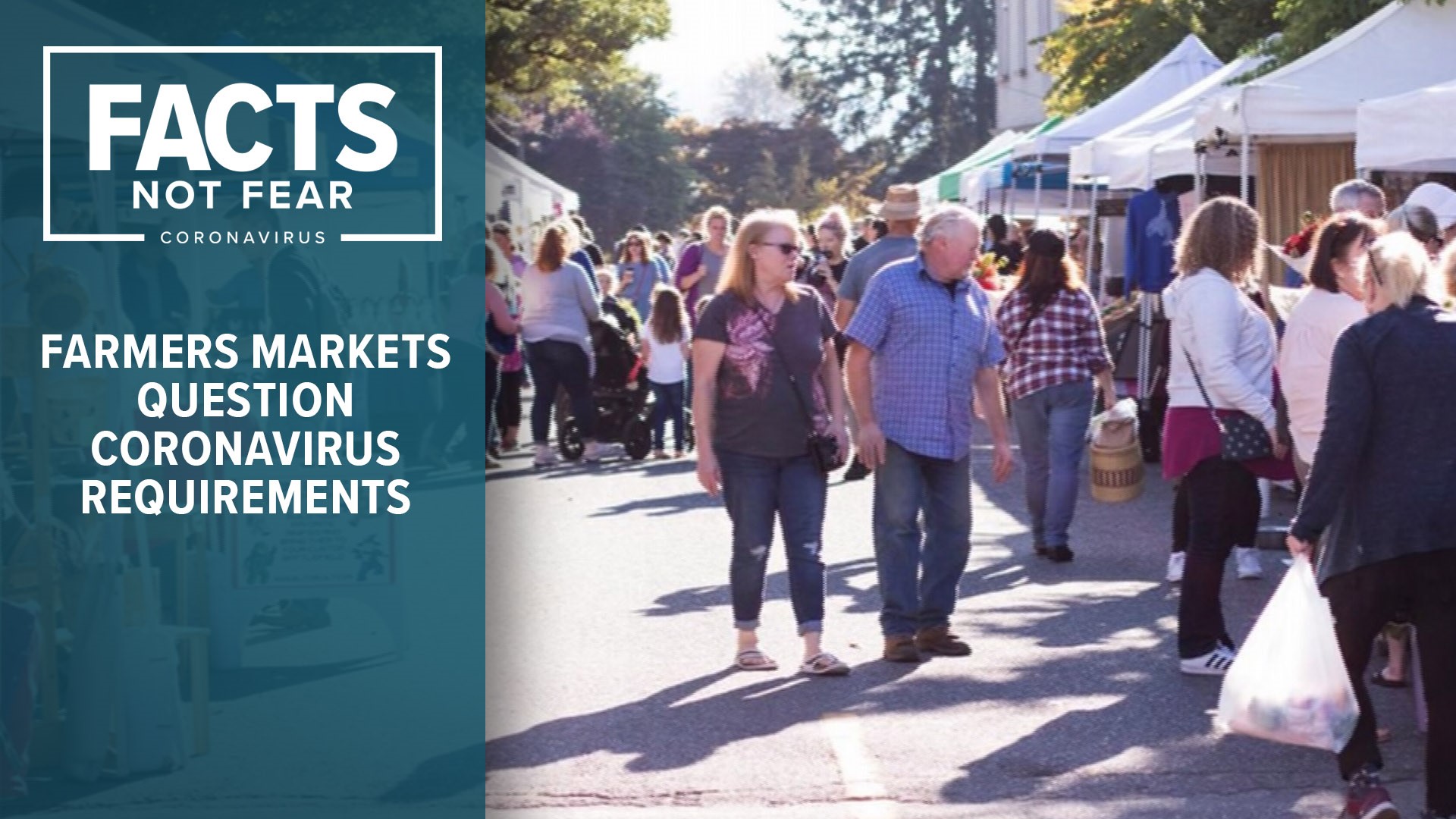 Farmers markets are, too. However, those markets remain closed, putting livelihoods at risk.

A move is underway to open farmers markets in Snohomish County, but restrictions meant to keep people safe could kill some small businesses that sell their products there.

As it stands now, each county is making up its own rules for farmers markets.

The county's social distancing requirements have forced the downtown Snohomish farmers market to move an empty field at nearby Stocker Farms.

No one has a problem with the move, but other new requirements are not as easy to meet.

The new requirements would include a hand washing station at every vendor's booth, and mandatory health checks for workers before they can open for business every day.

"We're just not cut out for that sort of thing," Dylan Jensen said. "They want us to come up with this perfect plan and there is no perfect plan."

Dylan Jensen said the county's requirements are unfair because supermarkets sell many of the the same things, but they are under no hand washing or health check requirements.

"Farmers markets are definitely being held to a far higher standard even though we are essentially a safer place for people to shop," Dylan Jensen said. "A piece of food at the supermarket has been touched by who knows how many people. At a farmers market it's just you and the producer."

The biggest issue, though, is only farm food vendors would be allowed to operate. Gone would be the candle and soap makers you usually see.

Even flower sellers would be excluded as "non-essential."

That would eliminate about 40% of the small businesses that take part in a typical market.

"And that's detrimental to our small businesses that literally only have this outlet now to support themselves," Dylan Jensen said.

Dylan Jensen worries those businesses might not survive the summer.

"That's my ultimate fear. If we can't make something work out we won't have as many vendors to choose from. No market will."

Dylan Jensen is asking for a more statewide approach from Gov. Jay Inslee. She hopes to open her markets on May 7.

"I think we can adhere to the best possible guidelines and instruct our customers who are passionate about the market and supporting local. I know they'll follow the directions."