One dead after officer-involved shooting in Graham

After refusing to cooperate with deputies, an officer-involved shooting occurred and the suspect was pronounced dead. A knife was found at the scene. 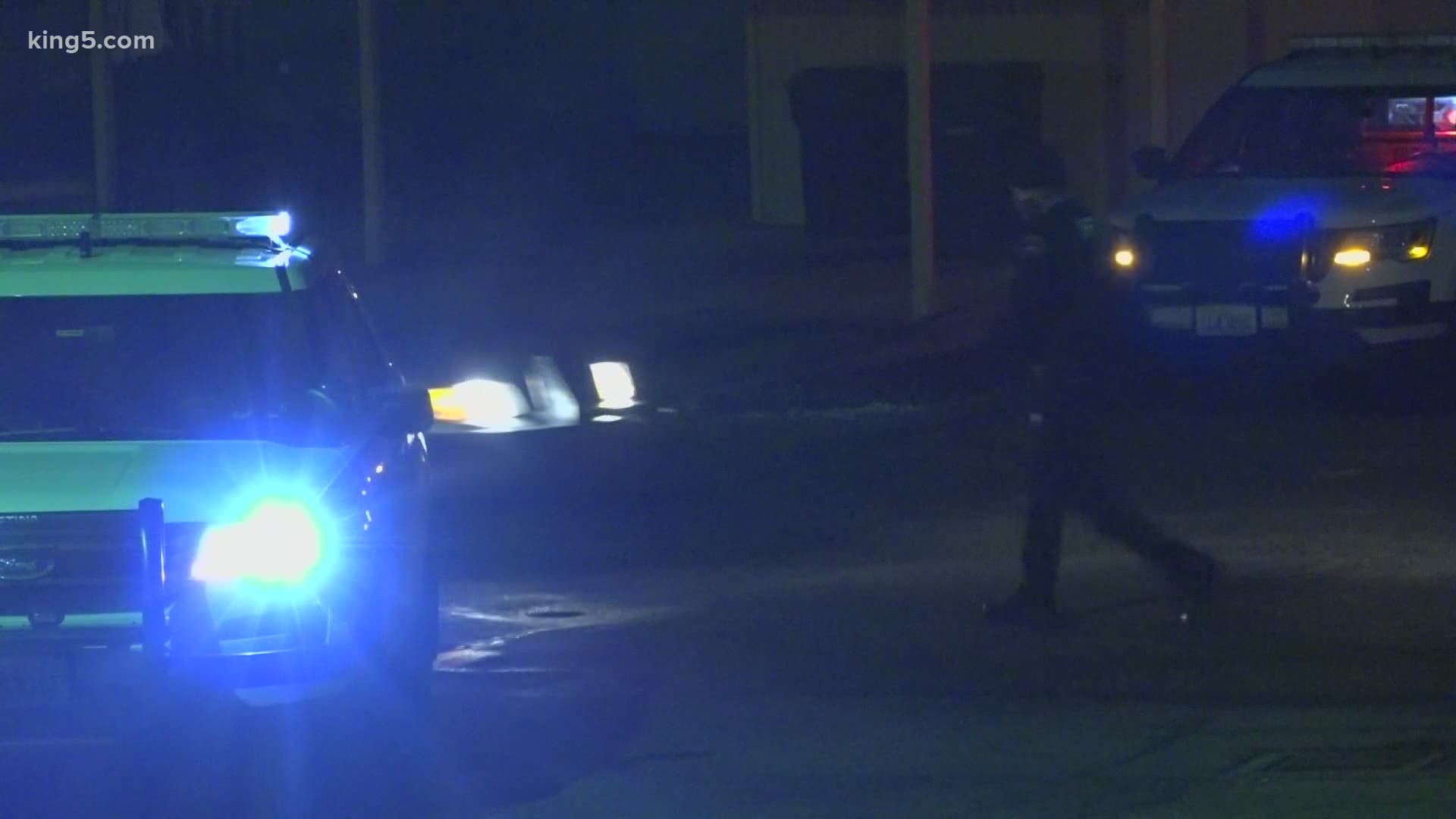 GRAHAM, Wash. — A man is dead after an officer-involved shooting in Graham late Monday night.

Just before 11 p.m., Pierce County Sheriff's Deputies were called to the 9800 block of 193rd St E for reports of domestic violence. When they arrived, the suspect was allegedly armed with a knife.

The man was shot after refusing to cooperate with deputies.

No deputies were hurt and the investigation has been turned over to the Pierce County Force Investigation Team.

According to the initial investigation, an elderly man and his adult son were in a "heated domestic dispute." At some point a firearm was brandished prior to deputies arriving.

When deputies arrived, they attempted to make contact. At that point, the son exited the trailer armed with "at least one knife or edged weapon."

Shots were fired by one deputy.

After being detained, deputies attempted to administer medical aid. The son died at the scene.

Firearms and a knife were recovered from the scene.