Feel the love: Happy homecomings remind us to give thanks

There's no better place to see that joy than at an airport in the hours before the holiday. 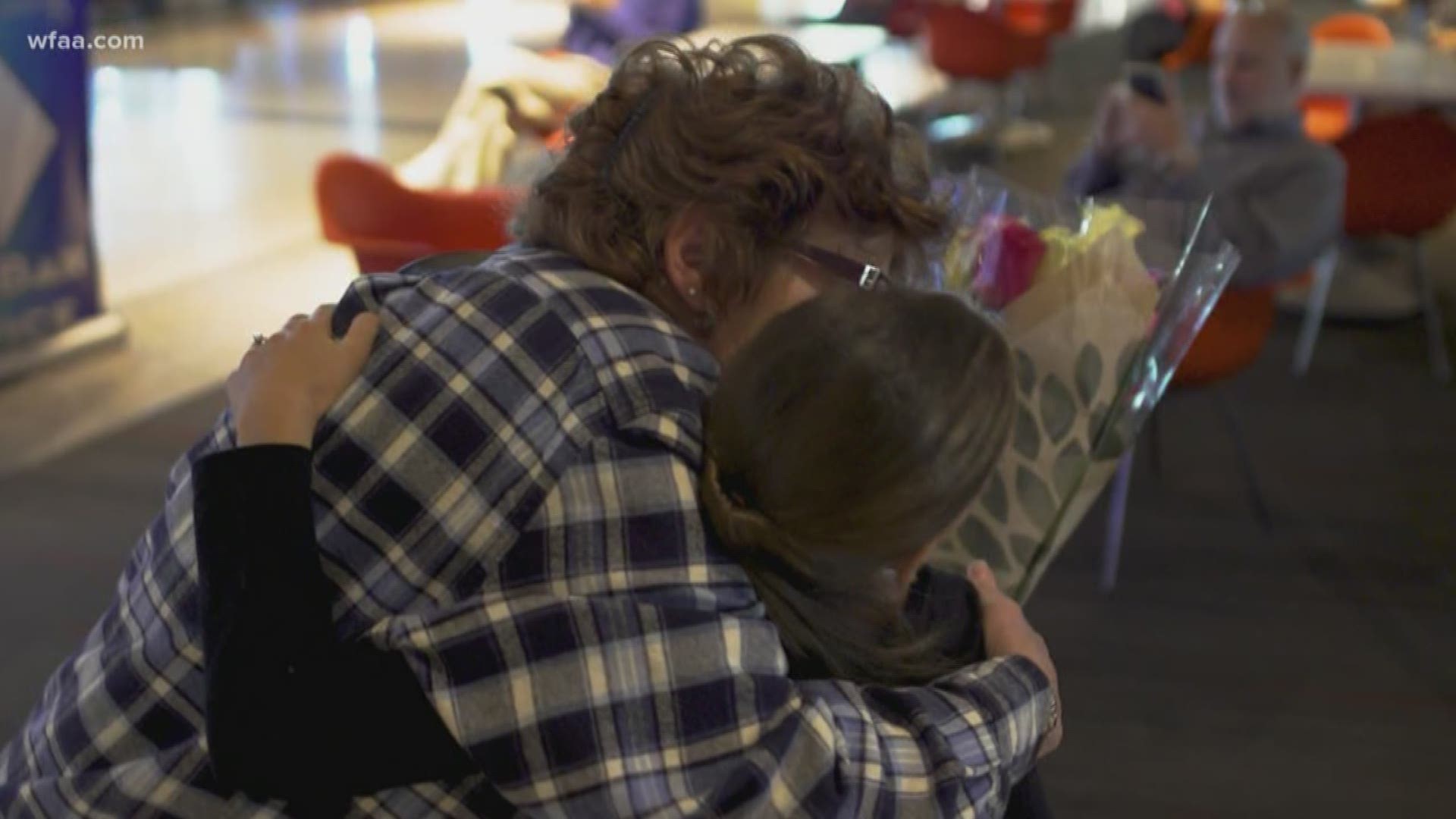 DALLAS — The hugs are long and the smiles wide when family is finally together.

“I want to cry!” said Laurie Petit, as she held her 8-year-old granddaughter Harper tight. “It’s been so long. Five years since I’ve seen her last!”

“She’s getting so big and beautiful.”

Petit had just landed at Dallas’s Love Field from a flight from Las Vegas. There might be no better place to feel connected to the joy of Thanksgiving than an airport in the hours leading up to the holiday.

There was the father holding balloons to congratulate his daughter who was coming home for the holiday after successfully defending her dissertation.

Nearby was a mom and dad from Plano waiting to welcome their daughter, flying in from her new job in Los Angeles with a new boyfriend and dog in tow.

There was Hartson Fillmore who got off a plane from Georgia and then sat in the waiting area until his girlfriend Olivia Schoening arrived from Colorado School of Mines. They’ve been dating since high school and as they embraced, you could feel the relief of a long-distance love become not so distant for a while.

“I go to school at University of Georgia in Athens, Georgia and she goes to school in Denver,” Hartson said. “We both are from Texas though, so we come home and get to see each other here for Thanksgiving.”

On the curb outside baggage claim stood Carol and Ruben Bera, with joy written all over their faces as their granddaughters 10-year-old Annabeth and 12-year-old Elizabeth Blackwell ran into their embrace. “We’ve got 16 grandchildren!” Carol said, adding that most live much closer to them in Nebraska. “When you’re young and raising your own children, it’s a whole different thing. But then you smell the roses with your grandchildren.”

“This is what it’s about,” said Ruben.

“It’s just thanks that we can all be together - there’s nothing better than that,” Carol added.

Upstairs in what is called the Love Landing, the Johri family waited with anticipation for their oldest daughter to arrive from New York. “We haven’t seen her since September. So she’s coming back from college, so we’re so excited to have her here with us,” explained mom Karyna Johri.

“I’m a freshman, so I’ve never been along from home this long,” said Amber Johri, after hugging each member of the family, including dog Puffy who came to greet her.

All felt right, for at least right now. And perhaps there is a lesson – that more we slow down the longer that peaceful feeling might linger.