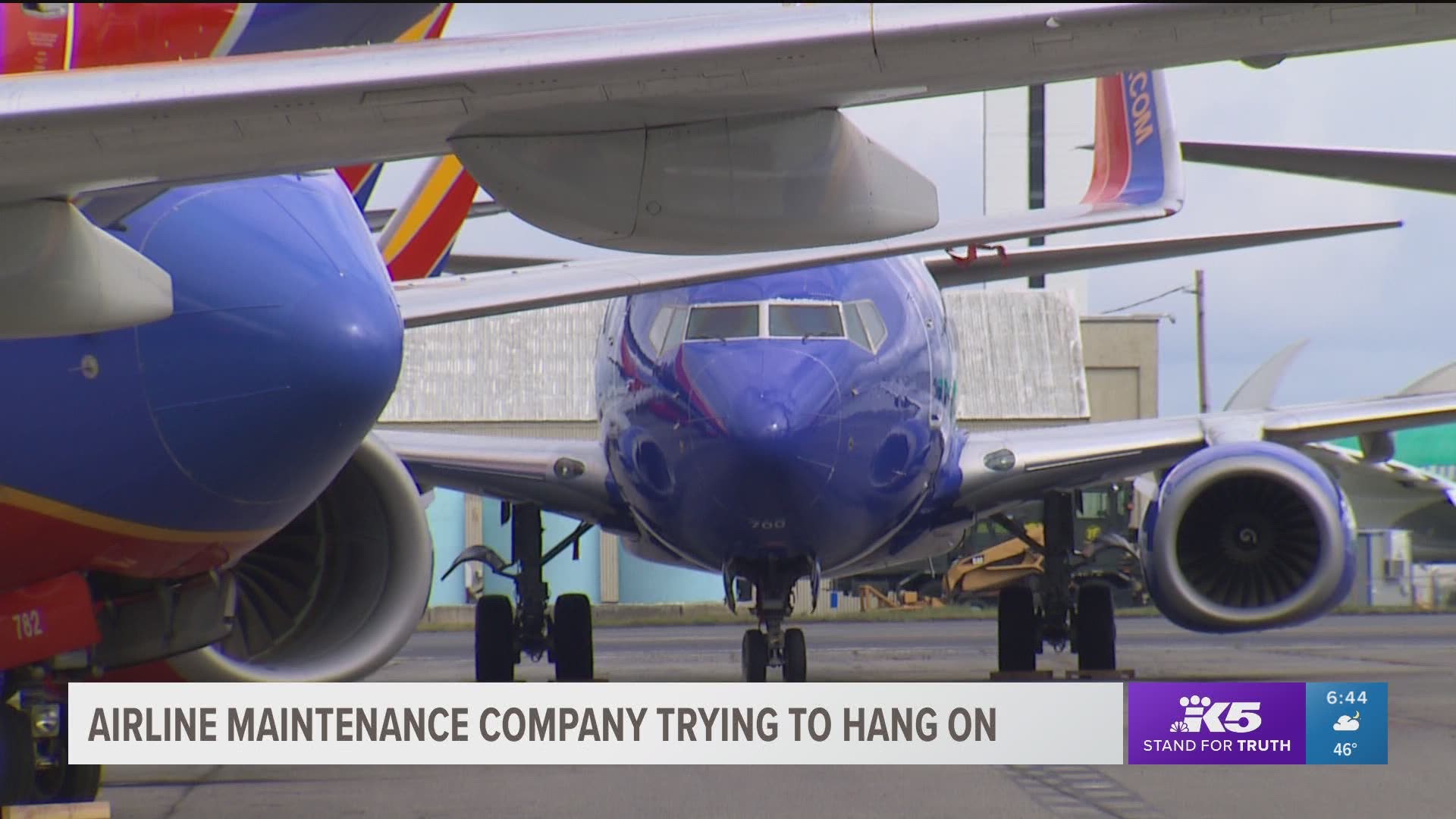 EVERETT, Wash. — Aviation Technical Services in Everett was riding high before the coronavirus drove passengers from planes and planes from the skies.

But now, there are more than 60 Southwest Airlines 737s parked at Paine Field on the ramp at ATS, where the 50-year-old company maintains much of Southwest’s fleet.

Yerbic said the downturn is not the only factor that threatens the company. ATS and other U.S.-based firms in the Maintenance, Repair and Overhaul industry, known as MRO, also face foreign competition from companies in Asia and Central America, he said.

He estimates his maintenance business is already off by a third or more and could go lower. The company has already laid off 250 employees.

But the money to keep parked planes in top shape for the day they fly again is small, when compared to the revenue that comes in from maintenance.

Mechanics and technicians do that work. He says many have been trained at ATS, and have received their airframe certificates from the Federal Aviation Administration. The company’s training program has helped move some people from low-wage positions into family wage jobs working on aircraft.

Yerbic says the company is filing an application with the U.S. Treasury hoping it can receive help to hang on until the industry can turn around. He's also contacted Congressman Rick Larsen and Senators Maria Cantwell and Patty Murray in Washington’s congressional delegation for help.

“It’s complicated. And I can’t guarantee today that we’re included. I think we are, and this morning is working on our application,” he said. “And we think we’ll be okay. But we don’t know for sure.”

He told KING 5 that any assistance would help preserve local jobs.

RELATED: Alaska Airlines reducing flight schedule by 70% due to coronavirus