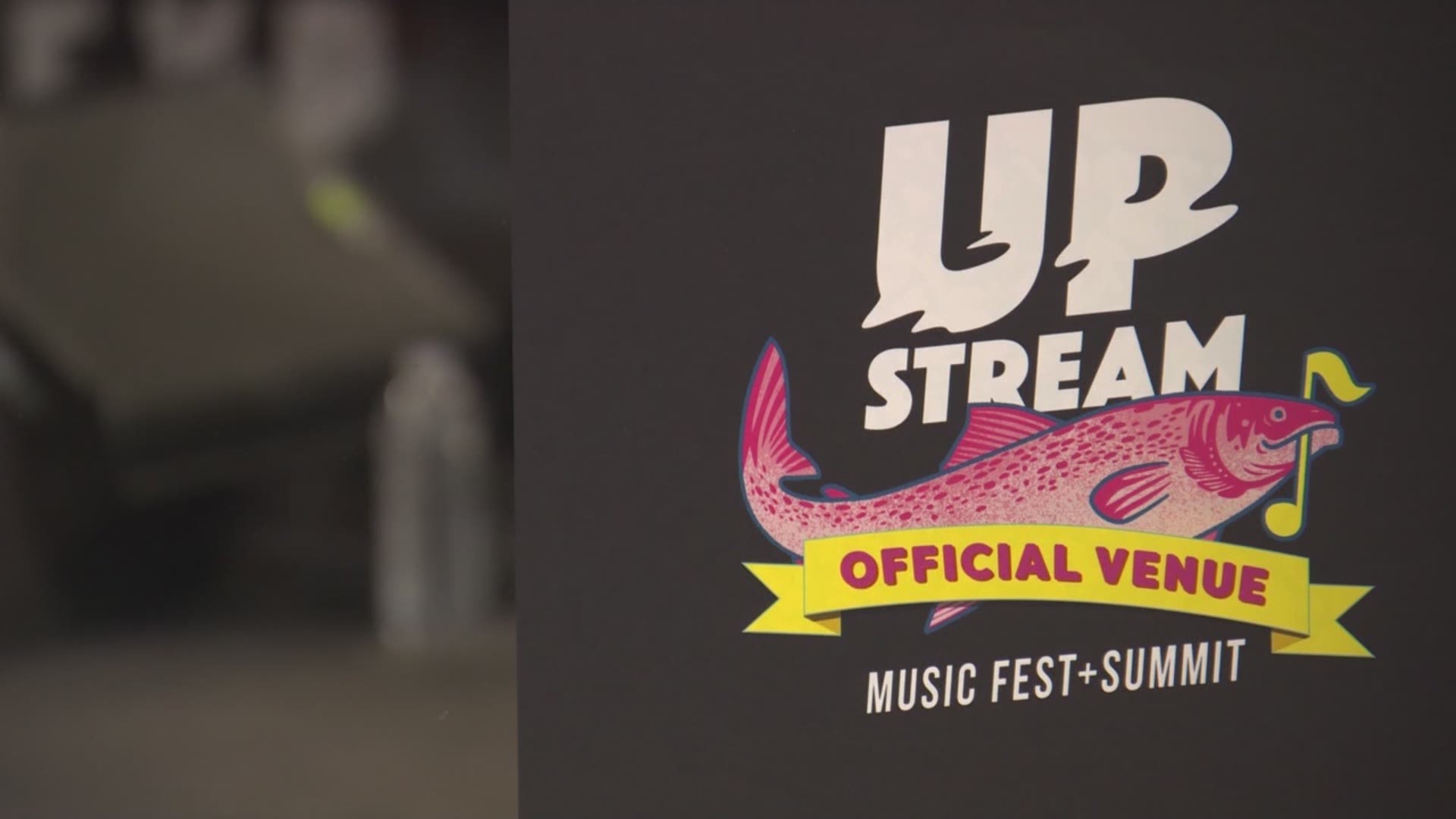 The second annual Upstream Music Fest + Summit, a three-day festival that takes over most of Seattle's Pioneer Square, will begin Friday.

Featuring over 200 artists, most of them from the Pacific Northwest, Upstream Music Fest is one of the more ambitious concerts of the summer in Seattle. People can gather to enjoy music, eat food, and have drinks in 18 different venues throughout the historic neighborhood.

Friday afternoon, Sweden's Little Dragon performed for a half hour in Little London Plane attracting a crowd outside on Occidental Avenue. One woman walking to a work meeting said she was stunned to see one of her favorite bands playing in such an accessible venue.

Hezza Kools-McKee, a Seattle vocalist who goes by Hezza Fezza, said she is returning for a second year of inspiration.

"I remembered meeting lots of cool people who I connected with throughout the year," Kools-McKee said. "People I saw make really cool moves. And we're able to support each other."

That nurturing and encouragement of a new generation of music is what sets this festival apart, said Chris Kellogg, director of programming and operations for KEXP.

"The music industry itself is something you don't go to school for. You have to live it to learn it and you learn it by doing," Kellogg said.

Rebecca Camarde, a producer for the event, said they took a lot of cues from their first year to better improve the guest experience, such as more nonstop music.

“We took some cues from what everybody loved last year in the club environment over in the Pioneer Square area and brought it here [to the main stage] which was, ‘Hey, don’t give a break between the music.’” Camarde said.

The main stage is called the “Sound Set” and is in the north parking lot next to CenturyLink Field. There you will find VIP areas, wine bars, a speakeasy, and a food court appropriately dubbed “SoundBite.”

“We worked closely with Chef Joshua Henderson of Quality Athletics, Westward, Great State Burger, and he’s curated a few local chefs to come and set up tents for the weekend,” Camarde said.

There are bag restrictions you should be aware of as well. All guests with bags will be subject to a search, which could delay you when you get inside.

Tickets are still available for the event on the Upstream website. You can buy a one, two, or three-day pass.

View a full schedule of events.