Suspect sought after Girl Scouts robbed of $600 outside Seattle QFC

A thief stole hundreds of dollars from two Girl Scouts selling cookies outside a QFC in Seattle’s Northgate neighborhood. 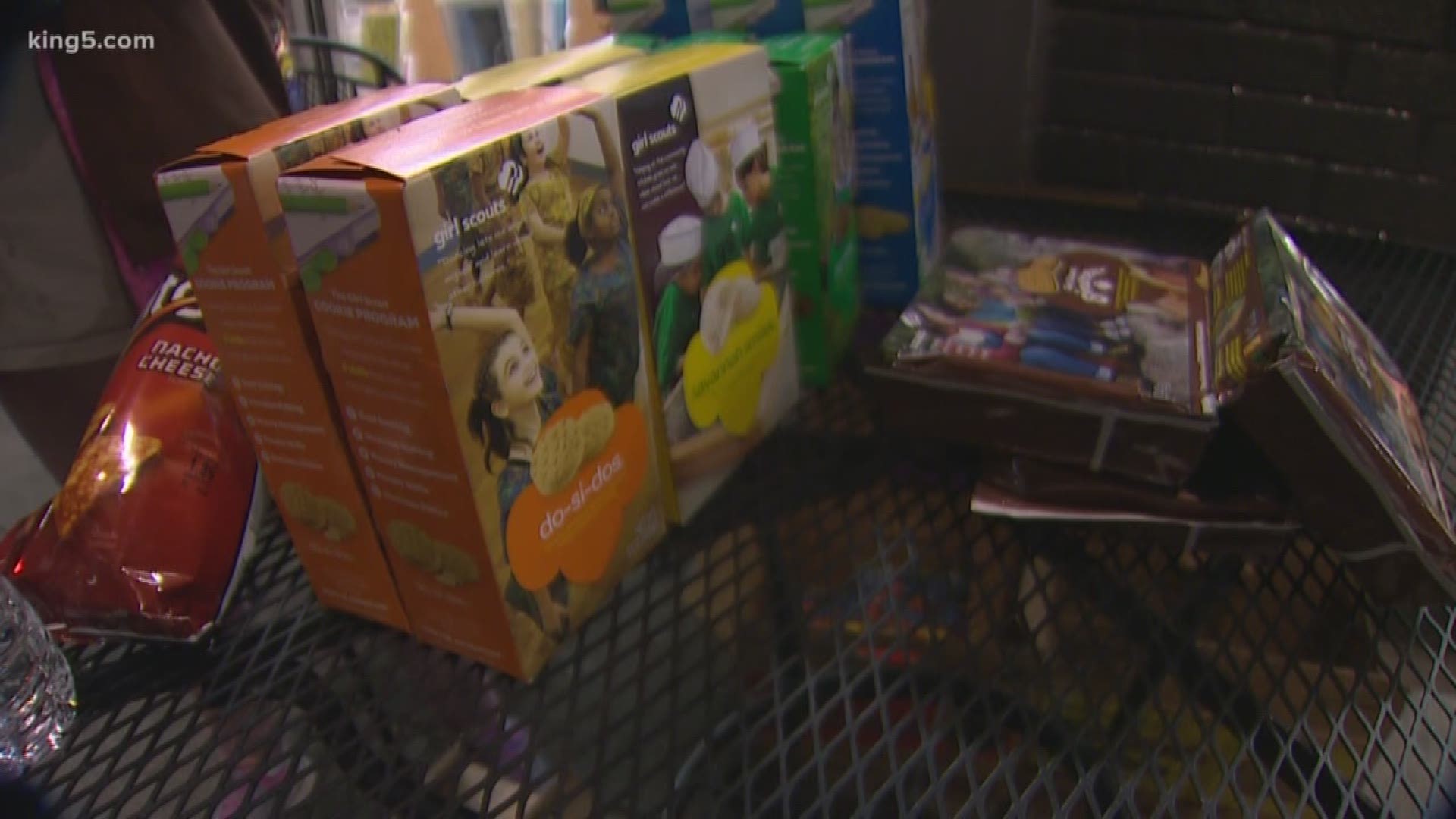 Some Seattle Girl Scouts are warning others to be careful after they were robbed while selling cookies in front of a busy grocery store. Nobody was hurt in the theft, but it has the scouts and their parents rattled.

Three girls and two adults were outside a Northgate QFC for about two hours Sunday evening dealing with the cold, but getting a warm response from customers who love the cookies. But there was one customer who just seemed off.

“He came up a number of times asking about all the cookies and he bought some, and he returned them,” explained Jennifer Johanson, one of the adults helping at the cookie stand. “He came back, and there was just something not right.”

Now Johanson wishes she'd stuck with her gut instinct. She said the man reappeared just as they were wrapping up.

“I saw him out of the corner of my eye walk towards us, and I was like, I guess he's going to get more cookies, and he started running, and he pushed past one of the girls and grabbed the money,” she recalled.

Seattle police reviewed surveillance footage from the store and released this image of the suspect. Call police if you have any information.

The thief ran across the street and jumped into a car. He got away with about $600. Police came and took a report, but Johanson says it's been tough trying to help the girls understand.

The troop will not be on the hook for the lost cookie sales, but it's still very disappointing.

“It was freezing,” Johanson said. “Why would someone steal from super cold girl scouts?”

Johanson said the workers at the store were very supportive and they immediately received several donations from people who heard about what happened.

It's an unfortunate lesson, but that support means the girls are learning about something else, too.

“There were so many overwhelmingly nice people. This was one bad apple,” said Johanson.