Ben Washam's grandpa animated Bugs Bunny and The Grinch -- and now he is keeping the characters alive in his own way. 🐰✏️ #k5evening 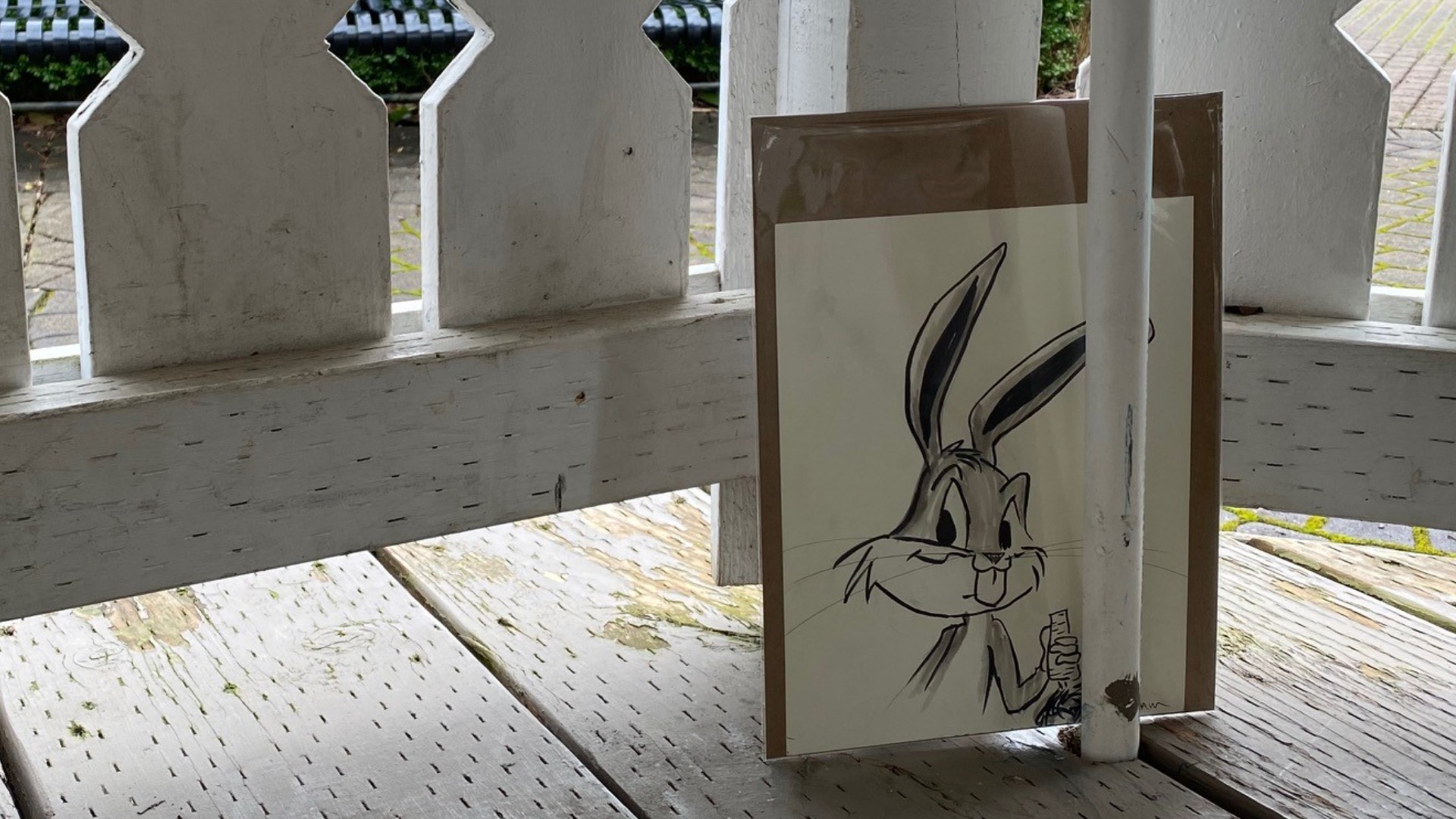 SNOQUALMIE, Wash. — Ben Washam is a man on a mission... A mission to make art, then give it away.

“A quarantine hobby kinda rolled into something,” he said.

He hides his work in plain sight around the North Bend/Snoqualmie region, then posts clues on the Snoqualmie Valley Facebook Page.

"I do it when it's convenient when I go to Costco or something, it's kinda how I roll,” he said.

He draws cartoon characters for these art drops, no surprise, given who his grandfather - also named Ben Washam - is.

"He was a Warner Brother's animator and I look up to his work, naturally.”

Ben has a black and white photo of his grandfather and namesake with Chuck Jones, and a group of other animators at Warner Bros. Studios.

Ben Washam was widely regarded as one of the best animators in the shop.

"I would say his most popular ones were Bugs Bunny, Coyote and Road Runner, Daffy Duck and Yosemite Sam,” said Washam.

And regarding Yosemite Sam – “He was actually compared to him quite a bit because he was a short stocky guy like me,” Washam laughed.

After working for Loony Tunes, the elder Washam went on to animate classics like How the Grinch Stole Christmas. He was known for expressive faces and created the classic Grinch moment where his entire face unfurls in a devious grin as he gets the idea to steal the Who’s celebration.

The tradition of giving art away is also a Washam family thing:  "Bob's Big Boy? He designed the original Logo,” said Washam. “He did it for free. He was a regular customer there, he drew it on a napkin, gave it to the guy and said use this."

Ben has some of his grandfather's original art in his home:

"Everyone is used to seeing it on TV, but when I know someone I'm related to actually worked on that, and I see it, it just brings me joy. It sparks joy."

And now Ben, who has had some time away from his work in construction thanks to the pandemic, is following in his grandfather's pencil lines.

Ben draws anything from Olaf to Ewoks for his art drops. He also recreates some of his grandfather's classics.

He usually doesn't stick around to see who finds his art - but this time, someone finds his clue fast.

And Bugs Bunny gets discovered again - by a boy who's never seen the original cartoon.

Ben later hears from the finders mom that they’re going to watch some classic Bugs Bunny Loony Tunes that night.

And thanks to this artist in North Bend, a classic legacy of laughter continues.