Biden, in first call with Putin, presses on Navalny, treaty

Joe Biden is working to establish a sharp break from the warm rhetoric often displayed toward Putin by his predecessor, Donald Trump. 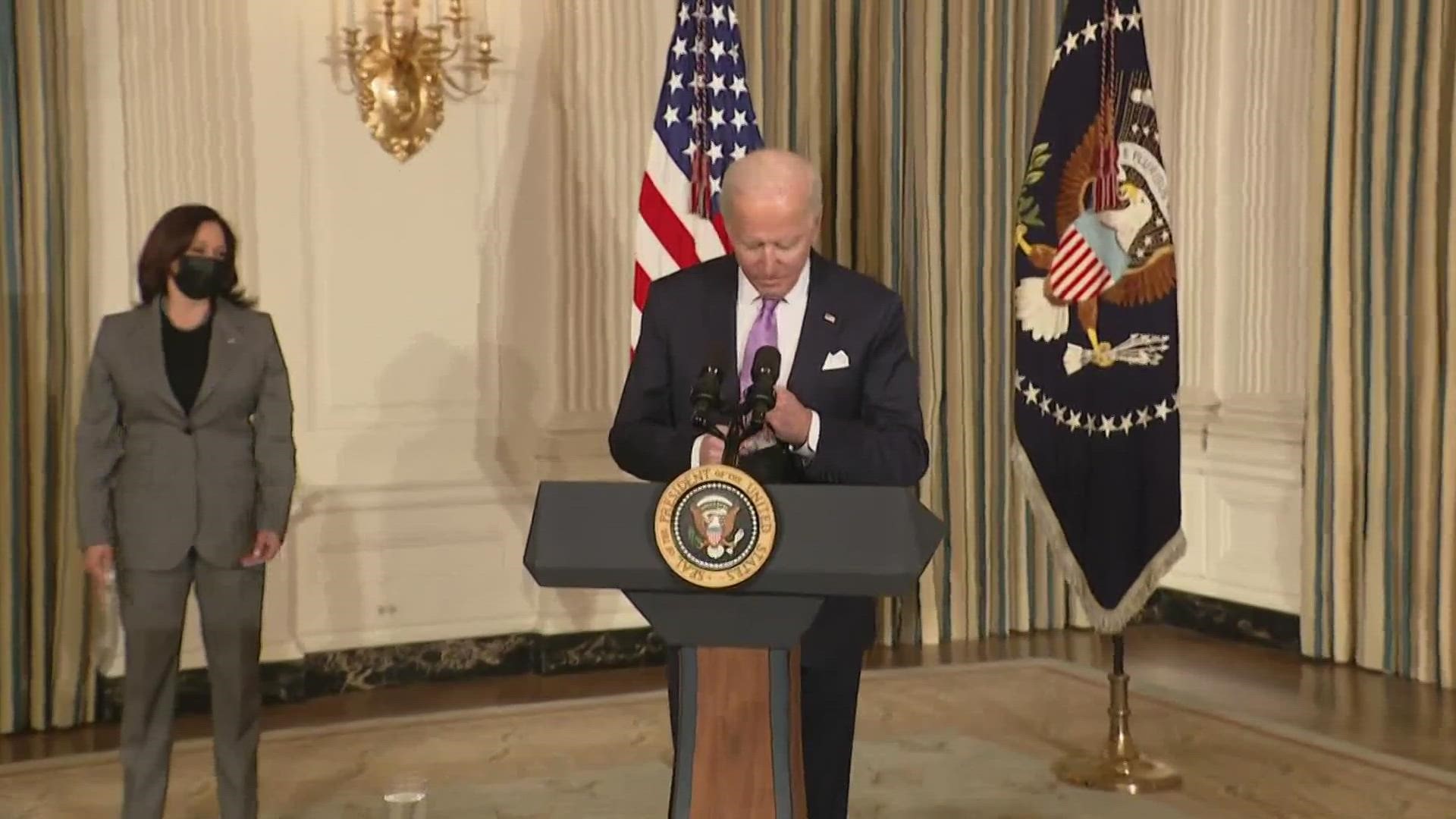 President Joe Biden had his first call with Vladimir Putin on Tuesday, the White House and Kremlin said. U.S. officials said Biden raised concerns about the arrest of opposition figure Alexei Navalny while pressing the Russian president on his nation's involvement in a massive cyberespionage campaign and bounties on American troops in Afghanistan.

On a positive note, the two presidents agreed to have their teams work urgently to complete an extension of New START, the last remaining U.S.-Russian arms control treaty, before it expires next month.

"In the nearest days, the parties will complete the necessary procedures that will ensure further functioning" of the pact, the Kremlin said in its readout of the call.

Biden has looked to establish a break from the warm rhetoric often displayed toward Putin by his predecessor, Donald Trump. But the new president also is looking to preserve room for diplomacy.

Unlike his immediate predecessors, Biden has not held out hope for a "reset" in relations with Russia but has instead indicated he wants to manage differences with the former Cold War foe without necessarily resolving them or improving ties. And, with a heavy domestic agenda and looming decisions needed on Iran and China, a direct confrontation with Russia is not something he seeks.

Moscow reached out last week to request the call, according to the U.S. officials, who were familiar with the call but not authorized to discuss it publicly. Biden agreed but wanted first to prepare with his staff and speak with European allies, including the leaders of Britain, France and Germany.

On Tuesday before his call with Putin, Biden spoke to NATO Secretary General Jens Stoltenberg, pledging the United States' commitment to the decades-old alliance founded as a bulwark against Russian aggression.

Biden told Putin that his administration was assessing the SolarWinds breach and the reports that Russia offered the Taliban bounties to kill American troops in Afghanistan,. Biden said the United States is willing to defend itself and will take action, which could include further sanctions, to ensure that Moscow does not act with impunity, according to the administration officials.

The Kremlin's readout did not address the most contentious issues between the countries, though it said the leaders also discussed other "acute issues on the bilateral and international agenda." It described the talk as "frank and businesslike" — often a diplomatic way of referring to tense discussions. It also said Putin congratulated Biden on becoming president and "noted that normalization of ties between Russia and the United States would serve the interests of both countries."

Among the issues it said were discussed were the coronavirus pandemic, the Iran nuclear agreement, Ukraine and issues related to trade and the economy.

The call came as Putin considers the aftermath of pro-Navalny protests that took place in more than 100 Russian cities over the weekend. Biden's team has already reacted strongly to the crackdown on the protests, in which more than 3,700 people were arrested across Russia, including more than 1,400 in Moscow. More protests are planned for the coming weekend.

Navalny, an anti-corruption campaigner and Putin's best-known critic, was arrested Jan. 17 as he returned to Russia from Germany, where he had spent nearly five months recovering from nerve-agent poisoning that he blames on the Kremlin. Biden has previously condemned the use of chemical weapons.

Trump seemed to seek Putin's approval, frequently casting doubt on Russian interference in the 2016 elections, including when he stood next to Putin at their 2018 summit in Helsinki. He also downplayed Russia's involvement in the hack of federal government agencies last year and the allegations that Russia offered the Taliban bounties.

Despite this conciliatory approach, Trump's administration toed a tough line against Moscow, imposing sanctions on the country, Russian companies and business leaders for issues ranging from Ukraine to energy supplies and attacks on dissidents.

Biden, in his call with Putin, broke sharply with Trump by declaring that he knew that Russia attempted to interfere with both the 2016 and 2020 elections.

Biden on Monday told reporters he hoped the U.S. and Russia could cooperate in areas where both see benefit.

"I find that we can both operate in the mutual self-interest of our countries as a New START agreement and make it clear to Russia that we are very concerned about their behavior, whether it's Navalny, whether it's SolarWinds or reports of bounties on heads of Americans in Afghanistan," Biden said.

Biden's approach has met with approval from some former U.S. diplomats who have dealt with Russia and are looking forward to seeing how Biden's team, including national security adviser Jake Sullivan and his nominee to be the No. 3 at the State Department, Victoria Nuland, delineates the contours of Russia policy.

Nuland, who held the Europe portfolio at the State Department in President Barack Obama's second term, is reviled by Putin and his aides in particular for her support of pro-Western politicians in Ukraine. She and Sullivan are said to share opinions about how to deal with Moscow, taking a tough line on human rights and Russia's intentions in eastern and central Europe while keeping an open channel to the Kremlin on other matters.

But their starting position is complicated, they say, particularly given Putin's experience in dealing with Trump, who frequently undercut his own administration's hawkish stance on Russia by privately trying to cozy up to the Russian leader. Trump also was frequently ill-prepared for foreign leader calls, ignoring warnings from staff, limiting those who could listen on the calls and, especially after calls with Putin, telling very few aides what was discussed.

"It's hard but it's doable," said Daniel Fried, a U.S. ambassador to Poland and assistant secretary of state for European affairs in the George W. Bush administration. "They're going to have to figure this out on the fly, but it's important to pursue New START without hesitation and push back on the Navalny arrest and other issues without guilt."

"They need to do both and not let Putin tell them he won't accept New START unless they drop Navalny, SolarWinds or Afghanistan," said Fried, who is now with the Atlantic Council. "You have to push back and you can't let Putin set the terms."