KING 5 has learned Chief Steve Mylett is one of three members of the Bellevue Police Department under investigation for misconduct related to one woman. 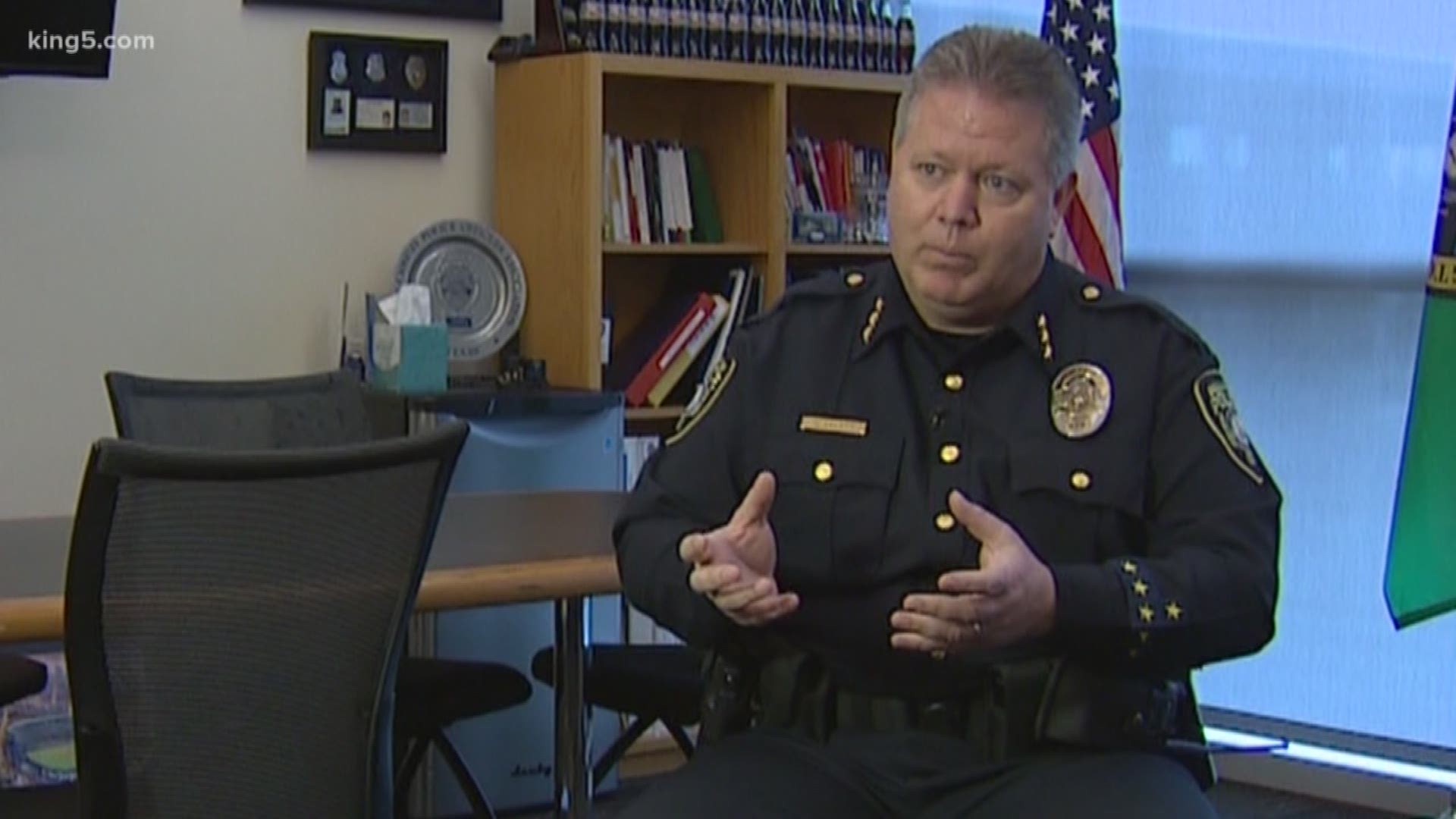 A source with direct knowledge of the case says Mylett is being accused of sexual assault.

“Whenever there is a criminal investigation underway involving a police department employee, it is our policy to place the employee on administrative leave,” said Bellevue City Manager Brad Miyake in a prepared statement. “We took immediate action when we learned of the allegation. The City of Bellevue takes such allegations very seriously. To ensure a fair and thorough process for everyone involved, we will not provide further comment prior to the completion of the internal and external investigations.”

KING 5's Elisa Hahn has confirmed that Mylett is one of three members of the Bellevue Police Department under investigation for misconduct related to one woman.

Hahn spoke with Mylett Friday evening. In response to the allegation, he said, in part, "I am not aware of who this individual is. I do not know who has made these accusations. I never once violated my marriage vows. I would not jeopardize my relationship with my wife, nor my children. I would never offend my God."

The King County Sheriff’s Office is investigating cases of two officers. One involved Officer John Kivlin, who is accused of having a relationship with the woman for several months. Kivlin was initially arrested for domestic violence assault and then violating of a protection order and witness tampering

Kivlin was released on bail two days ago. He resigned from the Bellevue Police Department effective Thursday.

A source in the sheriff’s office confirmed another officer was under investigation for sexual assault. KING 5 has obtained a written statement from the second officer through public disclosure stating he met a woman online and she "wanted to roleplay a fantasy of hers that involved having sex with a police officer." But he insisted all sexual encounters with her were consensual. That case has already been referred to the prosecutor's office earlier this week. Prosecutors have not made a decision yet on charges.

We obtained dozens of pages of text messages between the woman and Kivlin, also through public disclosure. They mention yet a third police officer and appears to refer to Chief Mylett.

"You asked me who the third Bellevue Police Department guy was," the woman texted. "It's your boss."

The source said when a King County Sheriff's Office detective learned about another allegation against Chief Mylett from more than a year ago, the woman was advised to file a complaint with Bothell police since the alleged crime happened in its jurisdiction.

Captain Mike Johnson of the Bothell Police Department confirmed an individual came forward earlier this week and made an allegation against Mylett involving an incident that happened more than a year ago.

"Currently, the Bothell Police Department is investigating criminal allegations involving Steve Mylett," said Johnson. "Due to the nature of the case and the preservation of the information, we're not releasing a lot of information at this time."

Johnson declined to comment on the nature of the allegation.