Love whiskey? One of the best distilleries in the state is located in a place best known for wine. 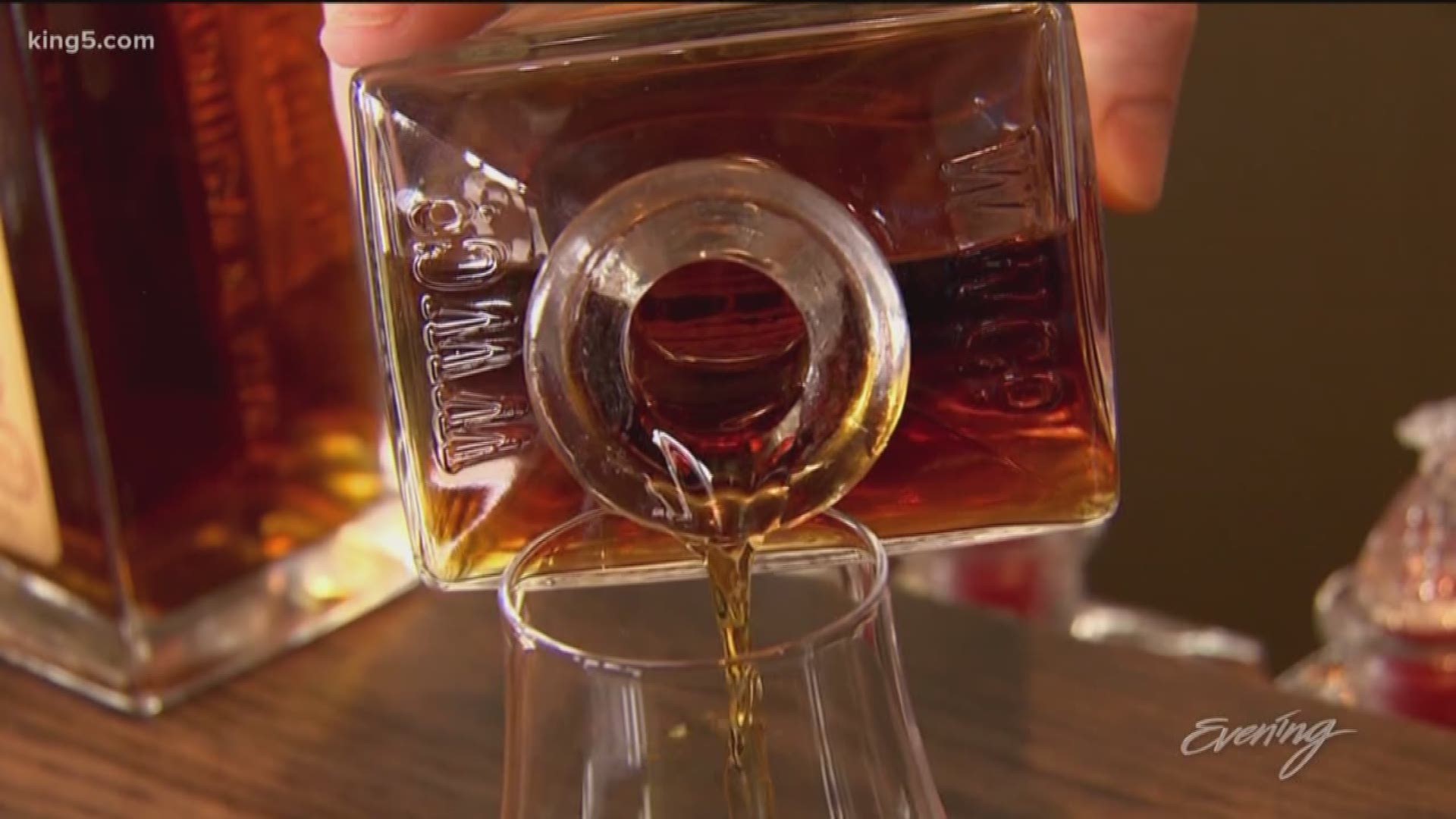 In the heart of a wine tasting region, you'll also find something a bit stronger to sip.

"Even the people who don't necessarily like to drink whiskey walk away with a bottle." Said Ariel Jahn, Brand Ambassador for Woodinville Whiskey.

The distillery has been producing some of the state's best spirits ever since they filled their first bottle in 2010.

"A lot of countries make their own version of whiskey. Here in the US, we use a majority corn for our bourbon and a majority rye for our rye whiskey."

When the whiskey is distilled it comes out clear. The brown color comes after it matures in American oak barrels.

"The average age of Woodinville Whiskey is 5 years."

The small-scale distillery puts out a lot of award-winning cheer. But the amount it's nothing compared to their mass-produced southern counterparts.

"In a year we fill about 2,500 barrels and that's what most Kentucky distilleries do in a day or two."

If you're not sure how to drink it, here's a little Whiskey 101.

"Rye whiskey is typically in your classic cocktails like a Manhattan or a Sazerac. And then our bourbon I think goes well in an Old Fashion and then a Whiskey Smash is a perfect summer cocktail."

If you prefer to drink it straight, there are ways to do that too.

But no matter how you like to put it down, Woodinville Whiskey is more than happy to keep putting it up.