Sketching Seattle, one scene at a time

Maybe you've seen Eleanor Doughty, pen and notebook in hand. She's an urban sketcher, and just one of the many artists taking advantage of the natural scenery. 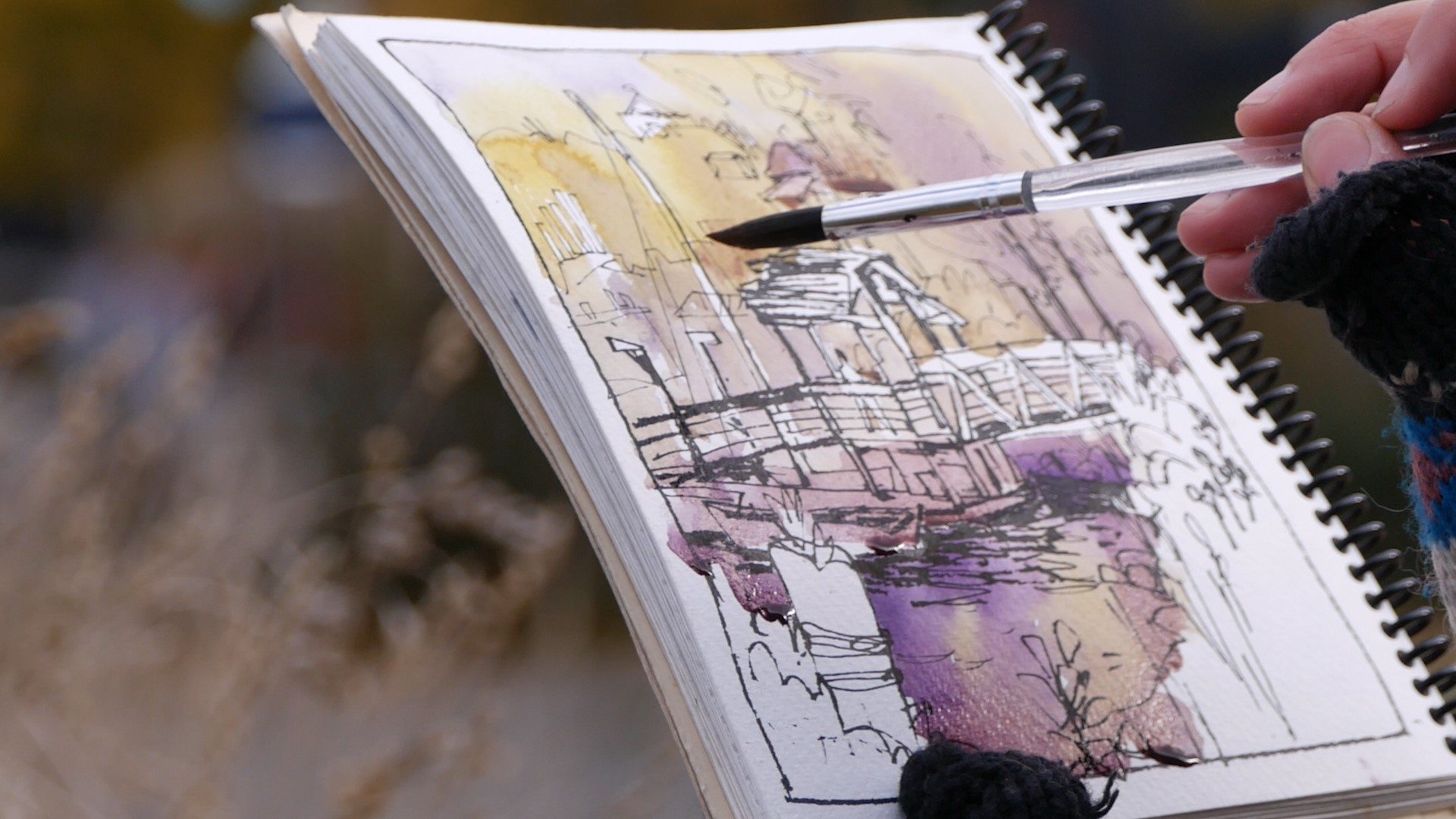 SEATTLE — You may find Eleanor Doughty in a variety of places. Near MOHAI, admiring the boats out on the water. At a local cafe, patrons under her watchful eye. But no matter where she is, she usually has a pen and notebook in hand - always ready to capture the world around her through urban sketching.

"I started doing it just to improve my skills, and then as a way to get outside and document the world around me," Doughty says. "I used to do a lot of photography, so this was combining my interests of documenting the world and capturing interesting visuals."

Urban sketching is all about, as you might guess, drawing on-location. It's a popular passion - the group Urban Sketchers operates all around the world, first created by Seattle Times journalist and artist, Gabriel Campanario.

According to Doughty, urban sketching is pretty much the same thing as plein air sketching - with a few distinctions.

"Fundamentally, what we do is plein air, but urban sketching is seen as more casual and accessible to people who wouldn't consider themselves artists," Doughty says. "Like, if you're in line at the DMV, you can just pass the time by drawing people...and it's suddenly fun!"

Credit: KING 5
Eleanor Doughty is an artist based in Seattle.

Doughty is a freelance illustrator. She's worked for a variety of businesses, including media outlets and hotels. Urban sketching plays a large part in that practice, as well. Much of her commercial work features street scenes and cityscapes. She also turns some of her sketches into paintings, which you can buy on her Etsy shop.

Doughty operates out of a small backpack - that's all she needs for sketching. A pen, a notebook and some paints, if you want them. It's an accessible - and relaxing - art.

"It's definitely meditative," Doughty says. "It's looking in front of you and trying to figure out how to capture it. You're not thinking about anything else, which is really important right now."