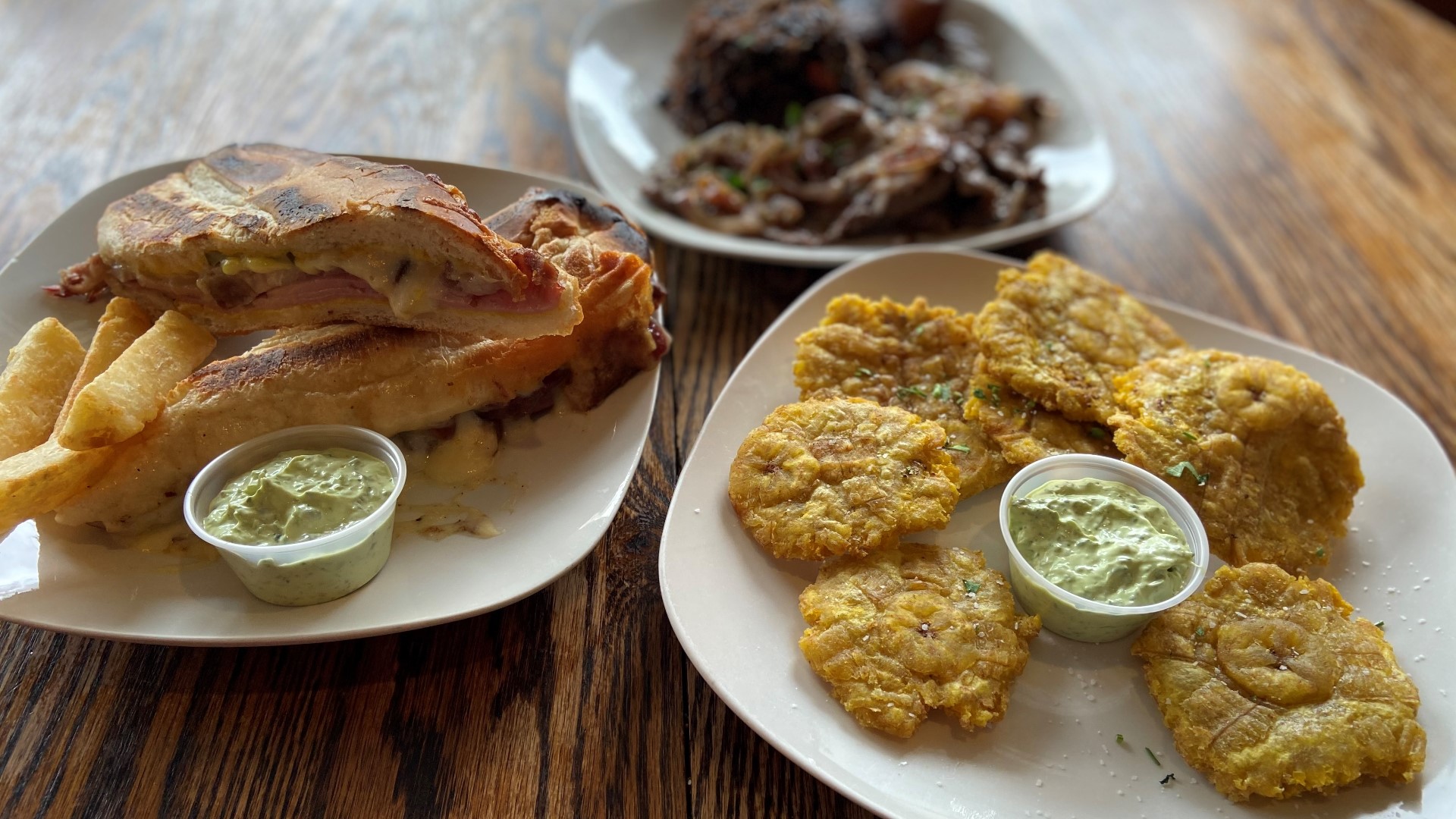 MOVIE: One Night In Miami, streaming on Amazon Prime

Seattle’s Greenwood neighborhood is roughly 3,000 miles from Havana, but step inside Geo's Cuban Bar & Grill and it's like you've been transported.

The menu and dishes are prepared by a chef who was born, raised, and culinary-school trained in Cuba.

"I'm passionate because I'm following my dream since I was a kid, cooking with my family, seeing my parents cooking, my grandparents," Geo Rodriguez said. "Weekends we'd get together and cook a family meal. It's in our culture."

He and his wife Kim Gianotti now share that culture with every dish they serve. Popular menu items include tostones (fried green plantains,) Bistec de Palomilla (top sirloin with traditional rice and beans,) and the classic Cubano sandwich.

"Seeing the happiness of the people when they taste our food, it's like an artist doing a painting and seeing someone enjoying it,” Rodriguez said.

Gianotti has also begun making an array of chocolate creations in the back bar, which has been closed since the pandemic began.

The family business has embraced the pivot and worked tirelessly to stay afloat. Rodriguez and Gianotti knocked out a wall and installed a takeout window all by themselves, and don’t plan on offering dine-in until 50% capacity is allowed.

They miss crowded tables and weekly salsa nights but hope the to-go service still gives customers a taste of the Caribbean.

“I'm trying to make the food with the same quality, flavor, and passion so the people take it home and enjoy,” Rodriguez said.

There may be no better film to enjoy it with than a Golden Globe-nominated drama, set in the city just across the water from Cuba.

"My number one film of 2020 is One Night in Miami, from director Regina King,” said Keith Simanton, Senior Film Editor for IMDb.

Critics are raving about the movie, which centers on one night that brought together four American legends: Malcolm X, Muhammed Ali, Jim Brown and Sam Cooke.

"These guys all met up, true story - so what did they talk about?” Simanton said. “One Night in Miami has some intriguing answers."

Since it's set in the city where the most popular sandwich is the Cubano, Rodriguez thinks it's an ideal choice for doorbell dinner and a movie.

"It's a great pairing, I think people will love that movie and also enjoy the food,” he said. “It's something that goes together."

Geo’s is located on Greenwood Avenue North and is open for lunch and dinner seven days a week. One Night In Miami can be streamed via Amazon Prime.