A Washington State Patrol sergeant who responded to a rollover crash arranged for the German family involved to stay at his home in southwest Washington. 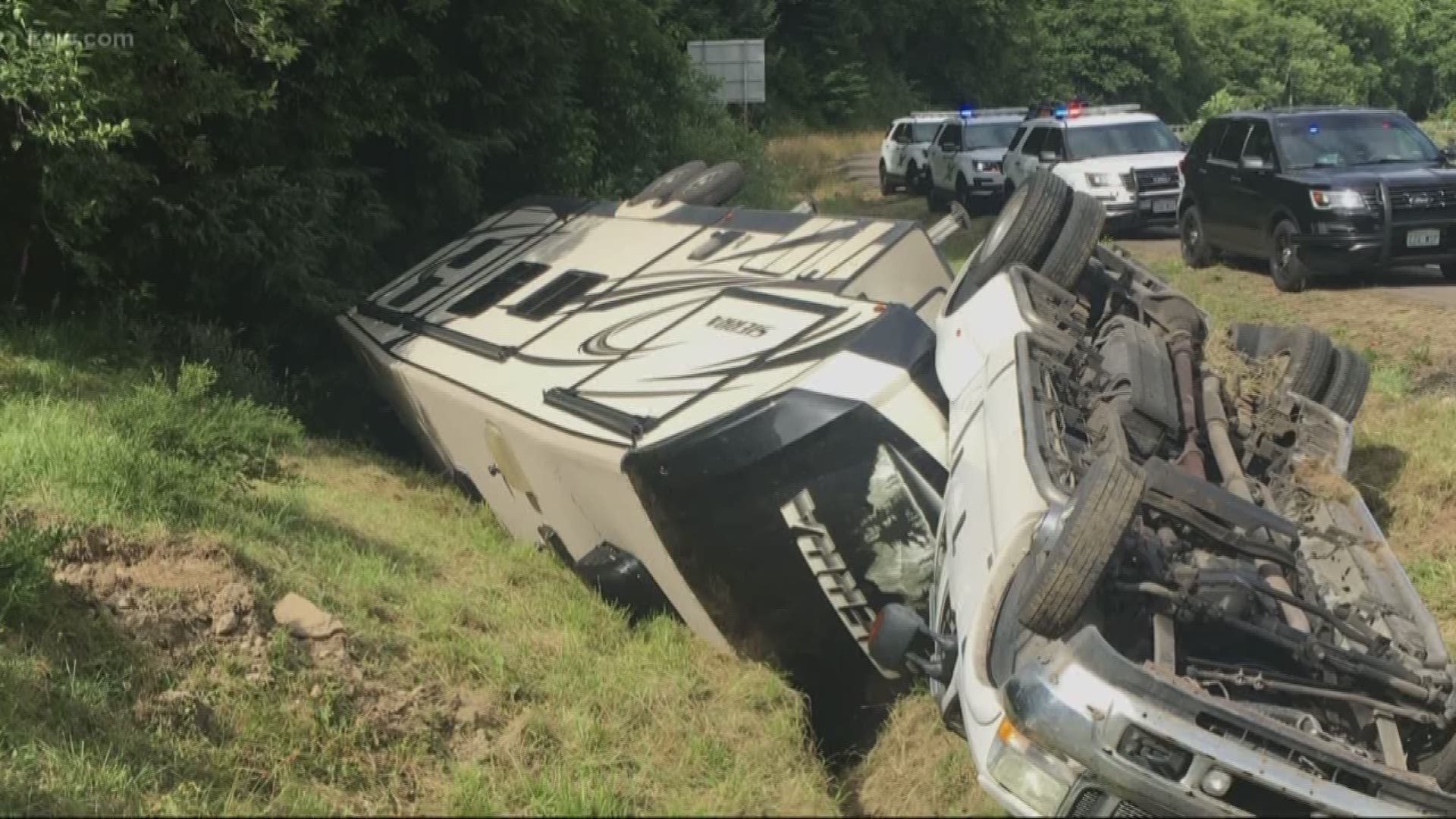 A Washington State Patrol sergeant went above and beyond the call of duty after a rollover crash near the Oregon/Washington border.

Sgt. Brad Moon responded to an overturned truck and trailer on State Route 401 around 4 p.m. on Friday, July 5.

When he arrived, Moon discovered a German family of six had been traveling from Washington into Oregon, one of the last stops on their year-long, 50-state tour of America.

The Fischer family's truck and trailer were both totaled when it tipped over into a highway ditch, and their belongings spilled out. Thankfully, dad Benjamin, mom Melanie and their four kids: Jakob age 15, Emilie 13, Linus 10, and Eli 7, were not hurt.

While Sgt. Moon helped the Fischer family collect their belongings, he also made a phone call to his own wife Shawna.

The Moon family has four kids of their own and decided to invite the Fischer family to recuperate at their home in Cathlamet, Washington.

The Moon household expanded to an extended family of 12 for the weekend while the Fischers made new arrangements to continue their year-long tour of the United States on their YouTube series "50 in 365."

“We just saw a family in need that had just lost nearly everything, and we felt that we could reach out and help them,” said Sgt. Moon. “It’s just doing my job and helping in any way we can.”

WSP District 8 Captain James Mjor applauded the grand gestures by Sgt. Moon and his family, “My heart is full; we ask our employees every day to earn their badge, and this goes above and beyond earning their badge.”

Mjor continued, “For a person like Brad, this is actually typical throughout his career. I am glad he is on our team as one of our leaders, setting the example for law enforcement.”