B-Boy meets Beethoven in this musical fusion of classical music and hip hop. 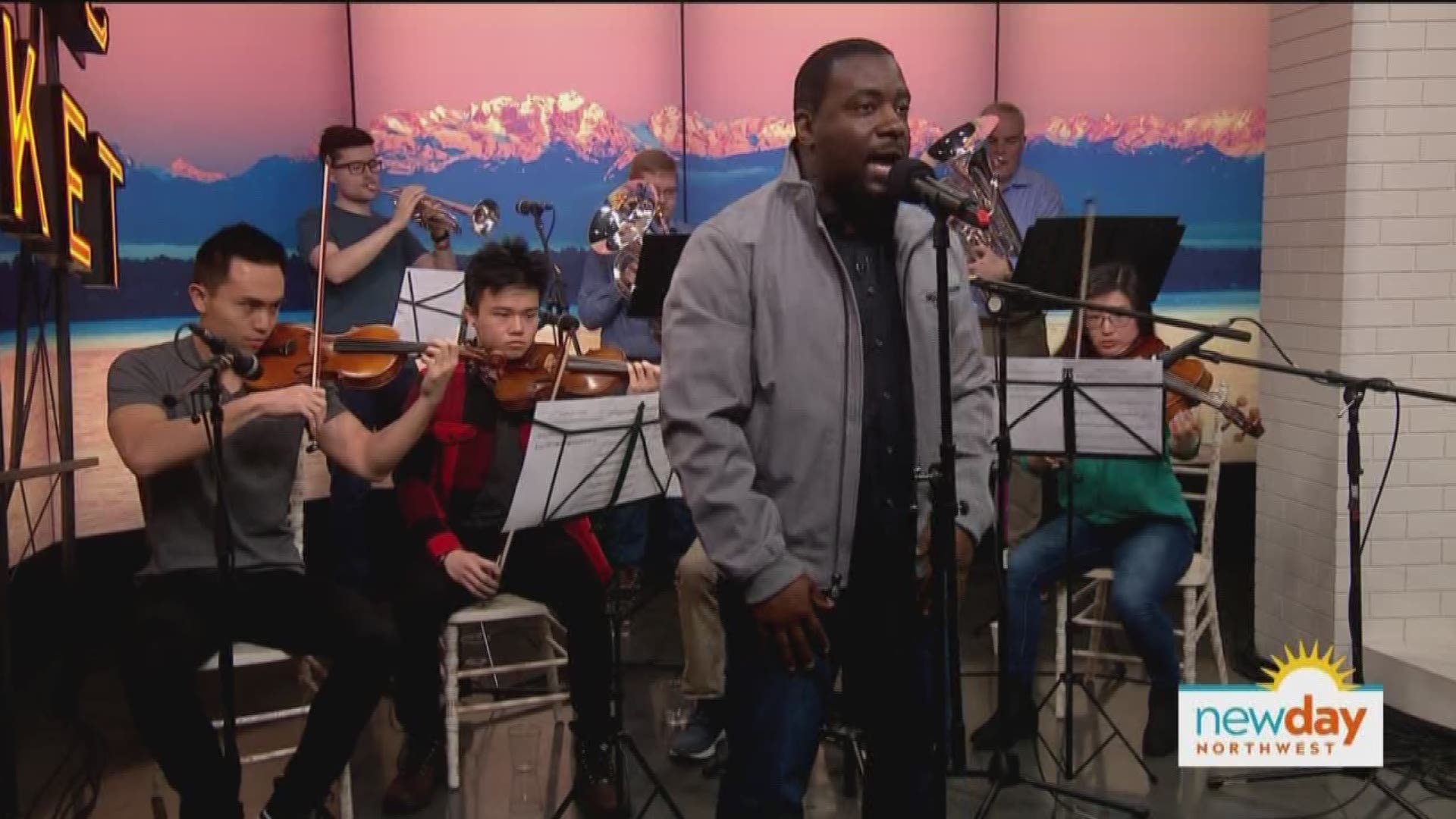 SEATTLE — Combining the raw energy of hip hop and unique orchestral accompaniments, Thee Phantom & The Illharmonic Orchestra are performing in Seattle at Benaroya Hall for a one-night only show. The ensemble visits New Day Northwest to perform their powerful fusion of music.

Fronted by husband-and-wife duo Thee Phantom and The Phoenix, the ensemble is only the third hip-hop group to headline New York’s legendary Carnegie Hall.

Thee Phantom, born Jeffrey McNeill, got his start at just 8 years old, mixing together Beethoven’s Fifth Symphony with the Beastie Boys’ track “Paul Revere.” He was the first hip-hop artist to perform at Philadelphia’s Kimmel Center, joined by musicians from The Philadelphia Orchestra and the Chamber Orchestra of Philadelphia. The Phoenix, born Andrea McNeill, serves as the Mistress of Ceremonies. She has toured internationally as a vocalist and MC and is featured on Thee Phantom’s three albums.

"When was the last time you witnessed strings, horns, woodwinds and a pianist at a Hip-Hop Concert? Thee Phantom & The Illharmonic Orchestra combine the raw energy and passion of Hip-Hop, with the beautiful sounds of live, orchestral accompaniment.

Fronted by dynamic, husband-and-wife duo Phantom and Phoenix, the ensemble is only the third Hip-Hop group to headline New York’s legendary Carnegie Hall in addition to selling out the famed Kennedy Center for the Performing Arts. Having toured the US and Japan, the group is set to make their Seattle debut on January 26th at Benaroya Hall, backed by the acclaimed Amazon Symphony Orchestra." - seattlesymphony.org