The little known Tacoma museum that should ring a bell

The Tacoma Telephone Pioneer Museum is open just 4 hours a week, but it's worth scheduling your week to make time for it. 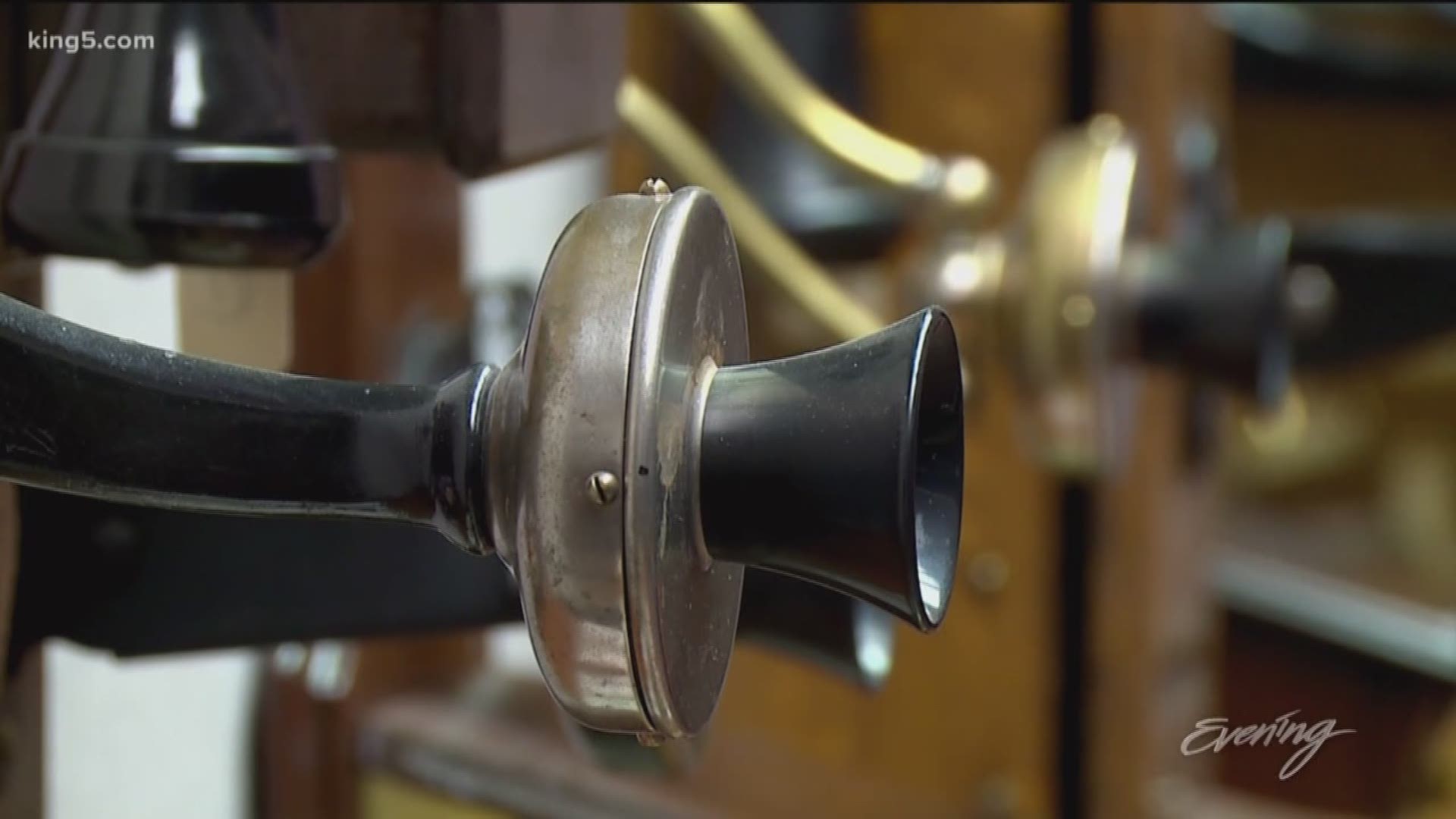 Tacoma — It's the little known museum that is truly off the hook. Located on the first floor of the downtown AT&T Building, the Tacoma Telephone Pioneer Museum is run by retired telephone company employees.

Among them, the sweet-voiced Carol Bartle who was hired as a long-distance operator in 1962. She’s happy to give visitors a demonstration of her phone demeanor, which is so pleasant, she was recruited to teach telephone etiquette classes.

“I would teach people to answer your call with ‘Good morning’ or ‘Good afternoon’, using a little lilt in your voice so you don't sound like you’re angry”.

Walk around the museum and you'll learn telephones have been at the forefront of technology for 150 years.

“Instead of having to have Pony express run your message for two or three days now you could do it instantly,” says Art Pavey.

Back in the day, to place a call, you'd have to first get an operator's attention. That’s why phones had hand cranks.

“When you hand-cranked it you got a switchboard someplace in the community,” says Pavey. “The operator would put your call through because you could not dial.”

Rotary phones showed up mid-century. People could dial their own calls. Then the phone companies began offering new colors like pink, green and blue.

There's a lot to see at the Tacoma Telephone Pioneer Museum, but the best attraction may be the volunteers themselves. For four hours a week, they get to revisit their past. And so do we.

“Sometimes callers wanted to know the name of the garage down the street or how to cook a turkey on Thanksgiving,” says Bartle. “Operators had to know everything and we did!”