How the Great Fire was the birth of New Seattle - What Happened Here?

We visit the actual location where the great fire began. Historian says the destruction of The Great Seattle Fire led to the construction of the future 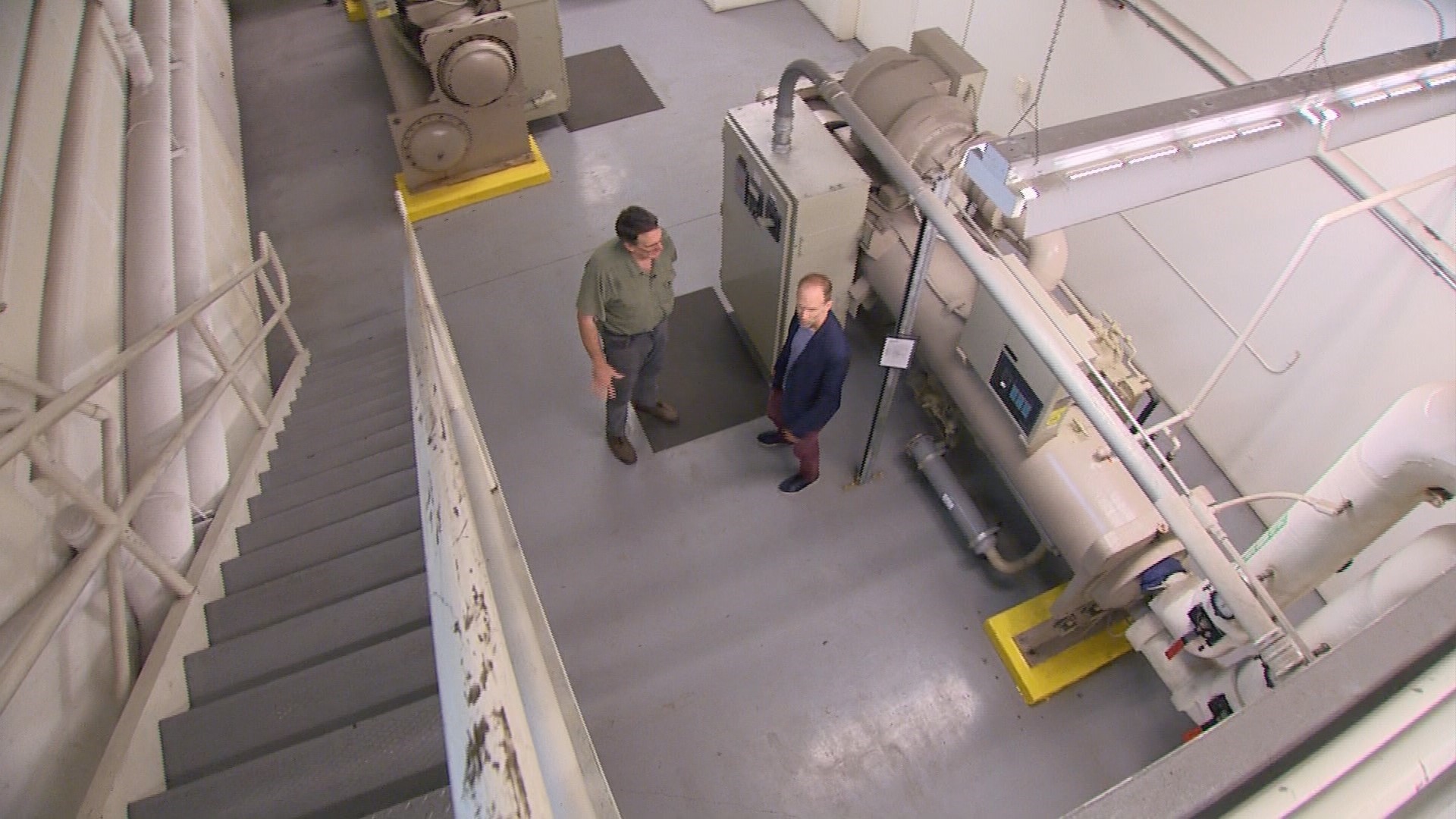 SEATTLE — One woman briskly walks her dog past.  A man talks on his phone as he waits for the crosswalk to change. Another sits on the steps in front, watching the world go by.

Most have no idea that through the street-level windows on the north side of The Federal Office Building in Seattle is the very spot that spawned a new era for our nascent city.

"Wow, it's loud in here!" says historian Jean Sharrard, co-author of "Seattle Now & Then" and Seattle Times Contributing Writer and Photographer."I have never actually stood within a few feet of where that glue pot started bubbling over and set everything on fire. It was really the epicenter for a citywide change."

With its pipes and gauges, knobs and levers, the chiller room cools water that, in turn, cools the building. In red letters on one of the pipes, it ironically says, "Chilled Water Supply." "What would they have given for chilled water supply. They could've stopped the fire!"

The fire to which he refers is The Great Seattle Fire, which started in that room. In June of 1889, 24-year-old carpenter John Bach had recently moved to Seattle from Sweden. "Found work in this cabinet shop off to my right here. And he was putting a pot of glue...he set it down on top of the stove to heat it up." The pot, about the size of a typical can, boiled over. Bach tries to put out the initially small fire. "Bach grabs his pot of water and flings it over the bubbling pot of glue. And of course the moment the water touches the glue, it explodes. And all the wood shavings are now caught on fire. And within half an hour, this entire block was aflame."

The city's primary center of commerce disappears in hours, "It changed everything."

The volunteer fire department did its best. "They arrive minutes after the fire began. They plugged the hoses into the hydrants and rapidly the water pressure failed. They tried to get to the water to start pumping saltwater onto the fire, but the tide was out!"

Prior to The Fire,  Sherrard says Seattle was a cobbled-together, backwater town mostly made of wood. But after 30 city blocks burned in one afternoon? "Wood in the business district was banned." The city immediately bounced back bigger and better than ever. Just three days after, The Seattle Post Intelligencer proclaims everybody in "new Seattle" is poised to rebuild.  "We became a full-fledged city. It took fire to burn down all these dilapidated structures."

Less than a month later, brick and stone buildings emerge, many of which still stand. "We just never stopped growing from that point on."

There is a plaque on the corner of the building. But it's small and easy to miss. But do know, the corner of First and Madison is where Seattle, new Seattle was forged out of the flames. "In retrospect, it was a fortunate fire. Yes."