The do's and don'ts of talking to your dog 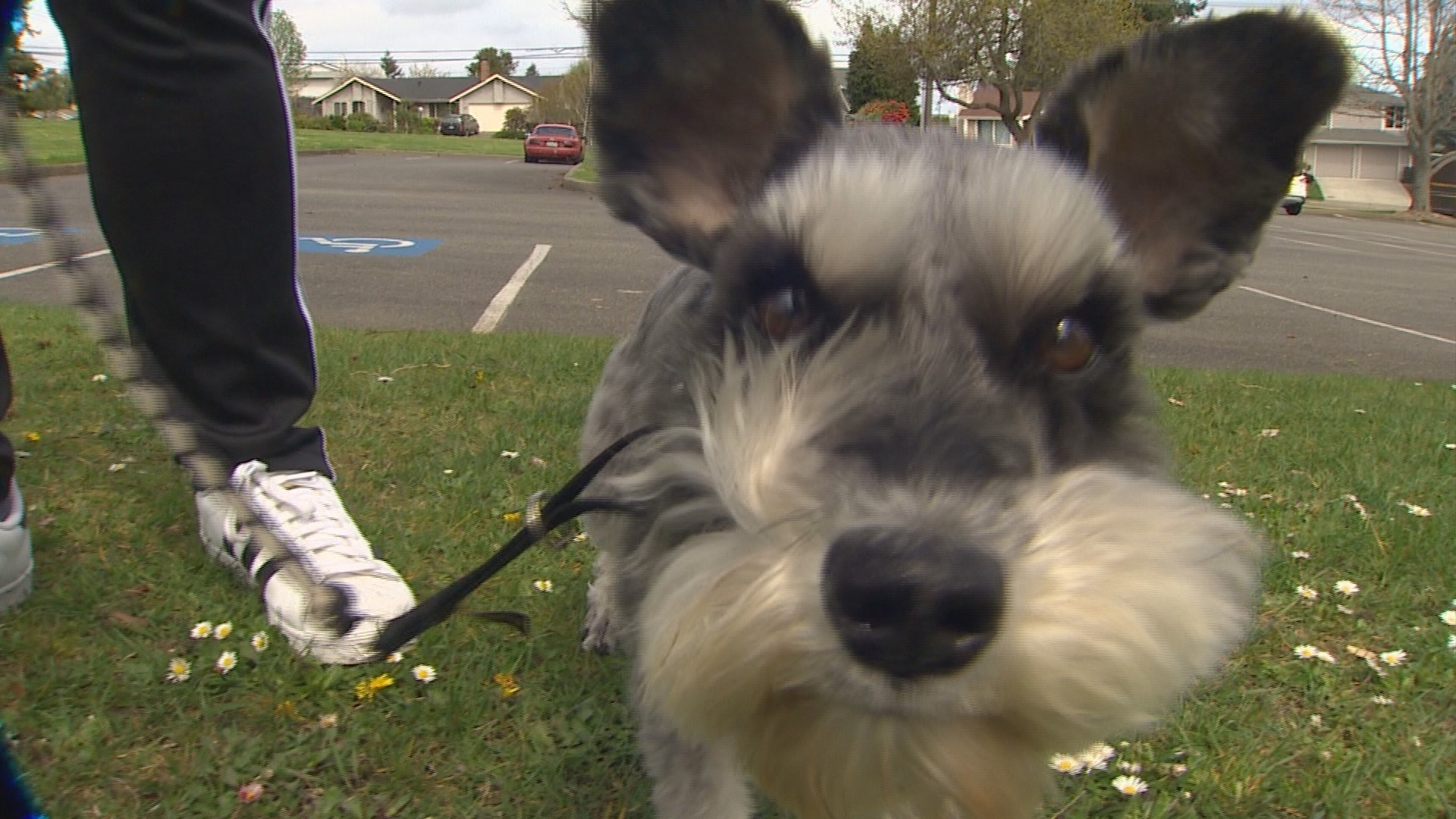 "I would like people to understand the dogs better so they can train them better. So they can blame them less and work more as a team. Being able to read a little bit of subtle body language might mean the difference between someone getting bitten or not," said Amanda Boyd of Sidekick Dog Training.

"It's a little confusing because a lot of people have been told to let a dog sniff your hand. But as you're leaning over them with your hand out, you're kind of imposing. So even just turning to the side slightly and offering your hand at the side will often invite a dog in to say hello."

"If a dog has any activity around their mouth like licking their lips, or their tongue even flicking out. [Or if] their tongue will come out and lick at their nose, they're experiencing some sense of stress. Or they just trying to communicate a cut off signal."

"The chin, cheek, or the chest. See he comes into that. He likes that," Boyd said as her 12-year-old Australian Shepherd/Lab Foggy enjoyed a chest rub. "Count to three in your head or out loud. And then stop. And you can tell if the dog wants you to touch them."

"When we pat dogs on the head, they almost always blink and kind of duck away from it."

Just like we tell our toddlers, avoid a confrontational face-off.

"I think you are communicating some level of overconfidence, potentially a challenge. And you're also truly just being rude. So I think the dog, the dog world, they would look at each other for up to two or three seconds and then look away."

Boyd said the dog will let you know just like a human.

"If you walk up to someone and they turn their head away from you or even their whole body or take a couple of steps away from you, you're probably going to assume they're not wanting to speak to you at that moment. But we do that the dogs all the time. We invade their space and we don't listen to the subtle cues."

Everybody needs a hug, right? Not always.

"My very first dog, when I learned that yawning is a sign of stress and every time I hugged her, she yawned, and I realized she didn't like it, or only at certain times, I was a little bit heartbroken. So again, thinking of it as a way to actually be a better human to your canine. And not getting your feelings hurt because they don't communicate exactly the same way we do."

Boyd said don't take it personally. But when your dog does want a hug, it's that much more special.

If you' like to learn your dog's language, drop in for a "speak dog" workshop at Sidekick Dog Training.