Santo Coffee Co. is located in the Roosevelt Neighborhood. #k5evening 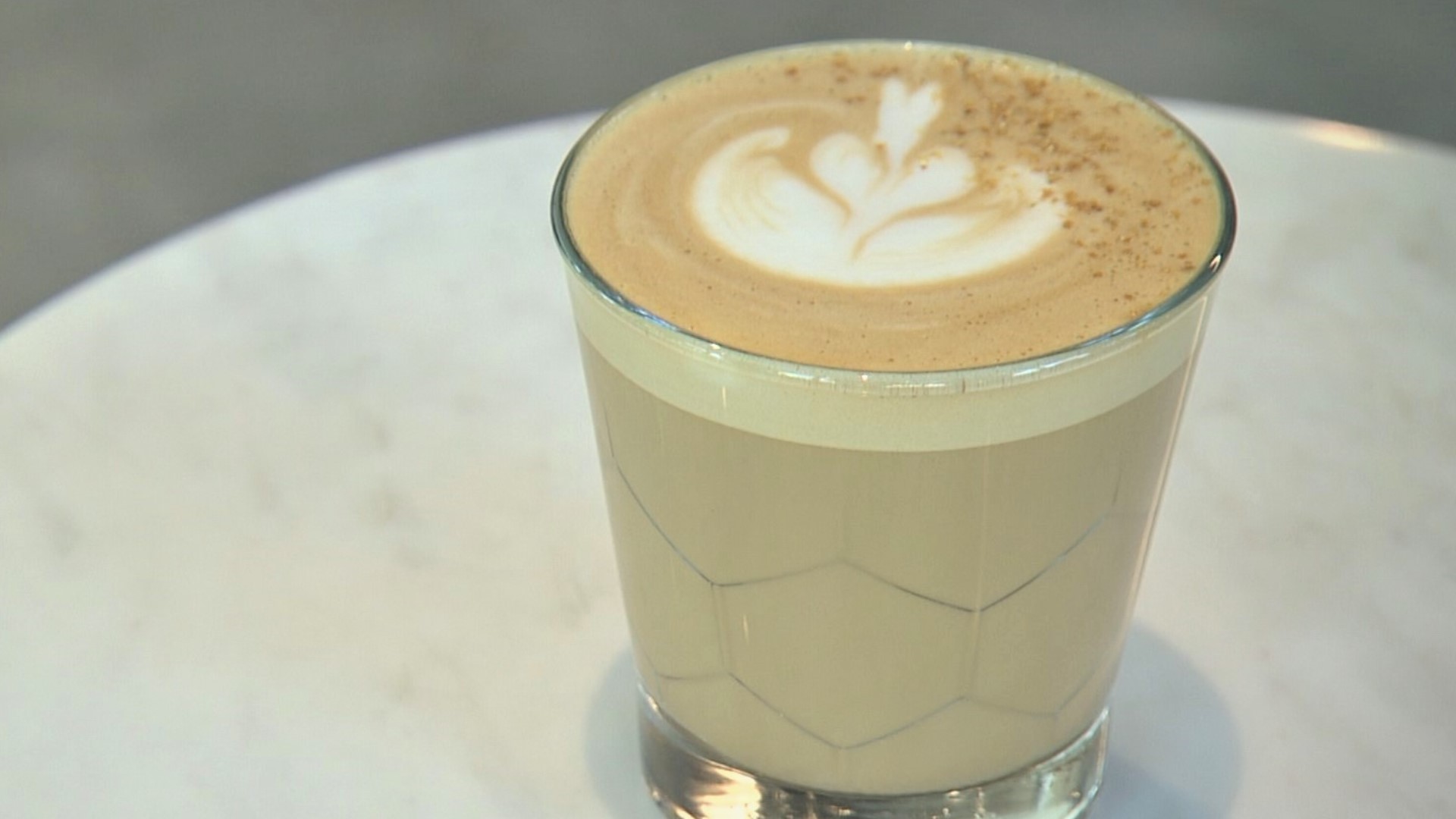 The new shop located in the Roosevelt Neighborhood is a partnership between Montero, his wife Alexis, and Mikhail and Jessica Ghyvoronsky. They met through a mutual friend and pastor.

"Santo means ‘set apart,’ it means ‘saint’ and it also means ‘holy’ and we really vibe with that,” Mikhail said. "It just really aligned with our values and what we believe."

The business is a self-described “dream come true” for the Monteros, who plan on spending time helping run the cafe during Fredy's off-season.

Credit: KING TV
Alexis and Fredy Montero say he first drank coffee with milk out of a bottle as a child growing up in Colombia, so opening a cafe is a "dream come true."

"It's funny that my husband came from the country that produces it and I'm from the place where we consume it,” said Alexis, a Gig Harbor native. "Fredy drank coffee in his bottle with milk, growing up as a child in Colombia.”

His soccer career took the family to multiple countries and continents over the past six years, and Alexis studied coffee cultures everywhere they lived.

Her experiences blended well with the Ghyvoronsky’s vision for Santo Coffee - designed to resemble cafes from around the world.

Credit: KING TV
Santo Coffee Co. is designed to resemble cafes from around the world.

"I was born in Russia, (Jessica) was born in Korea, Fredy is Colombian, Alexis is German,” Mikhail said. "We wanted to do kind of a mosh posh of different cultures.”

But the coffee is 100% Colombian fair trade. It’s flown in rather than shipped, so the beans are fresh.

"The flavors just pop more, it's more forward, and you get some of the natural notes," Jessica said.

A top seller is the panela latte, sweetened with pure Colombian sugar cane. They also sell MILO hot chocolate, made with a malted chocolate popular in South America.

There are references to Fredy's soccer career in the cafe (he currently plays for the Vancouver Whitecaps FC.) The Santo logo resembles a soccer pitch - but, it's subtle.

"It's not cheesy, not in your face,” Alexis said.

Fredy added, “We want the coffee to speak for itself."

The menu features rotating roasts, espresso, and pour-overs. It’s an elevated approach to the flavors Fredy grew up with, in what's become his forever home.

"Coming to Seattle pretty much changed my life,” he said. “I got married here, my kids are from here, we call Seattle home."

Alexis added, "It's kind of a transition where our life doesn't revolve only around soccer. Now we have another love."