Double Exposure is an immersive walk through history and modern indigenous art. 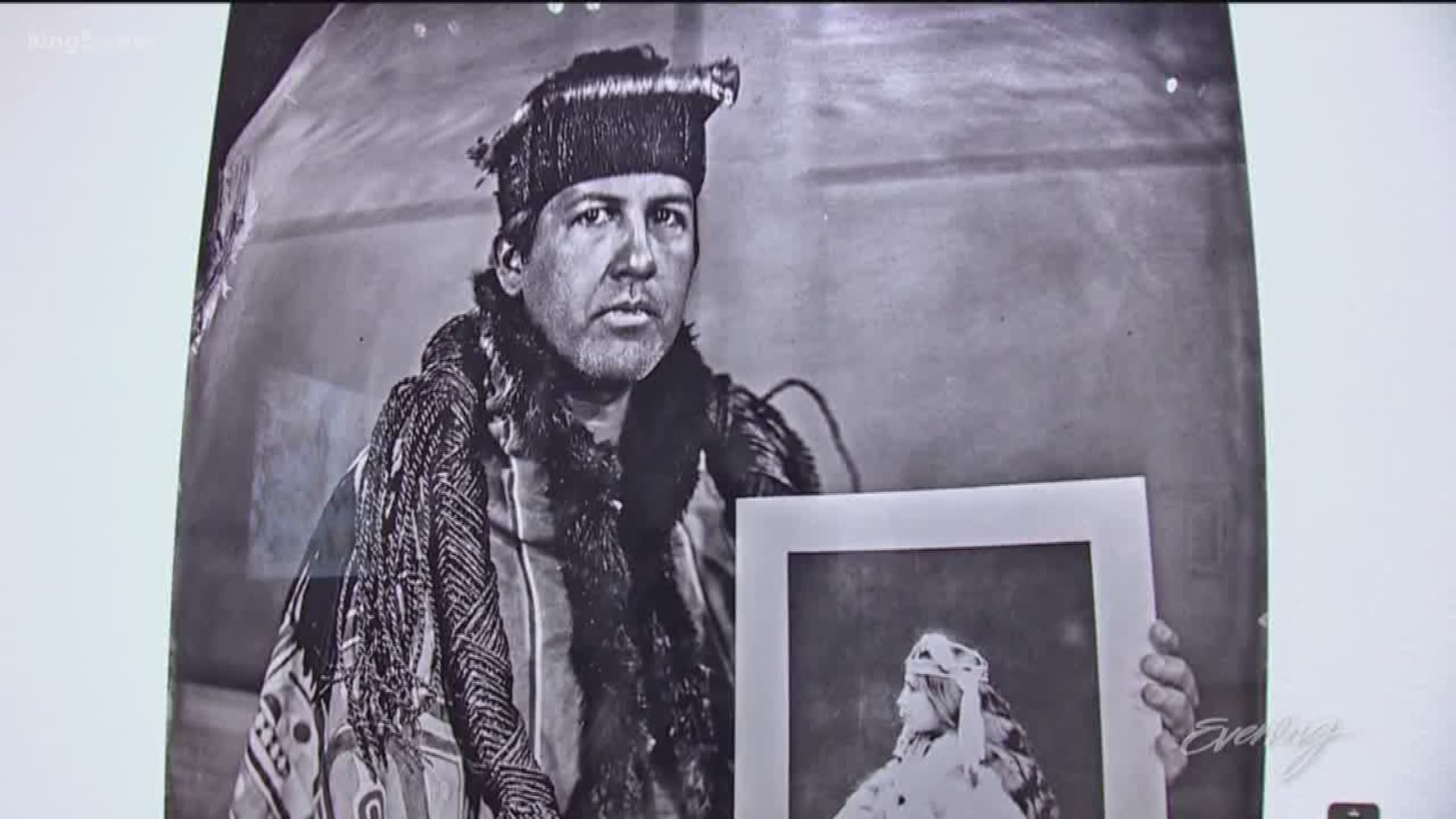 The new exhibit at Seattle Art Museum reveals the changing lens through which indigenous communities are seen.

Double Exposure showcases the photographs of Edward S. Curtis on the 150th anniversary of his birth.

But it blends his work with three modern lens-based artists to create a more complete picture of Native America.

Curtis moved to Seattle in 1887 and took thousands of photographs documenting indigenous peoples in the Pacific Northwest - including Princess Angeline, Chief Seattle's daughter.

But he often edited out reality, portraying his subjects the way he wanted them to be seen rather than the way they actually were.

About 150 of his works are on display, juxtaposed by contemporary artist Will Wilson’s “talking tintypes” – photographs that come to life. Visitors use an app to scan the portraits, which brings up clips of the subjects speaking or performing in ways they chose.

There are also two films by Seattle filmmaker Tracy Rector, focusing on both the Coast Salish people and local waterways.

The exhibit is open from June 14 – September 9.

"The message that we hope the show gets out is that native people are still here. They're not stuck in the 20th century in this way Curtis imagined them,” Brotherton said. "And they're creating new archives of representation that are very powerful and more authentic."