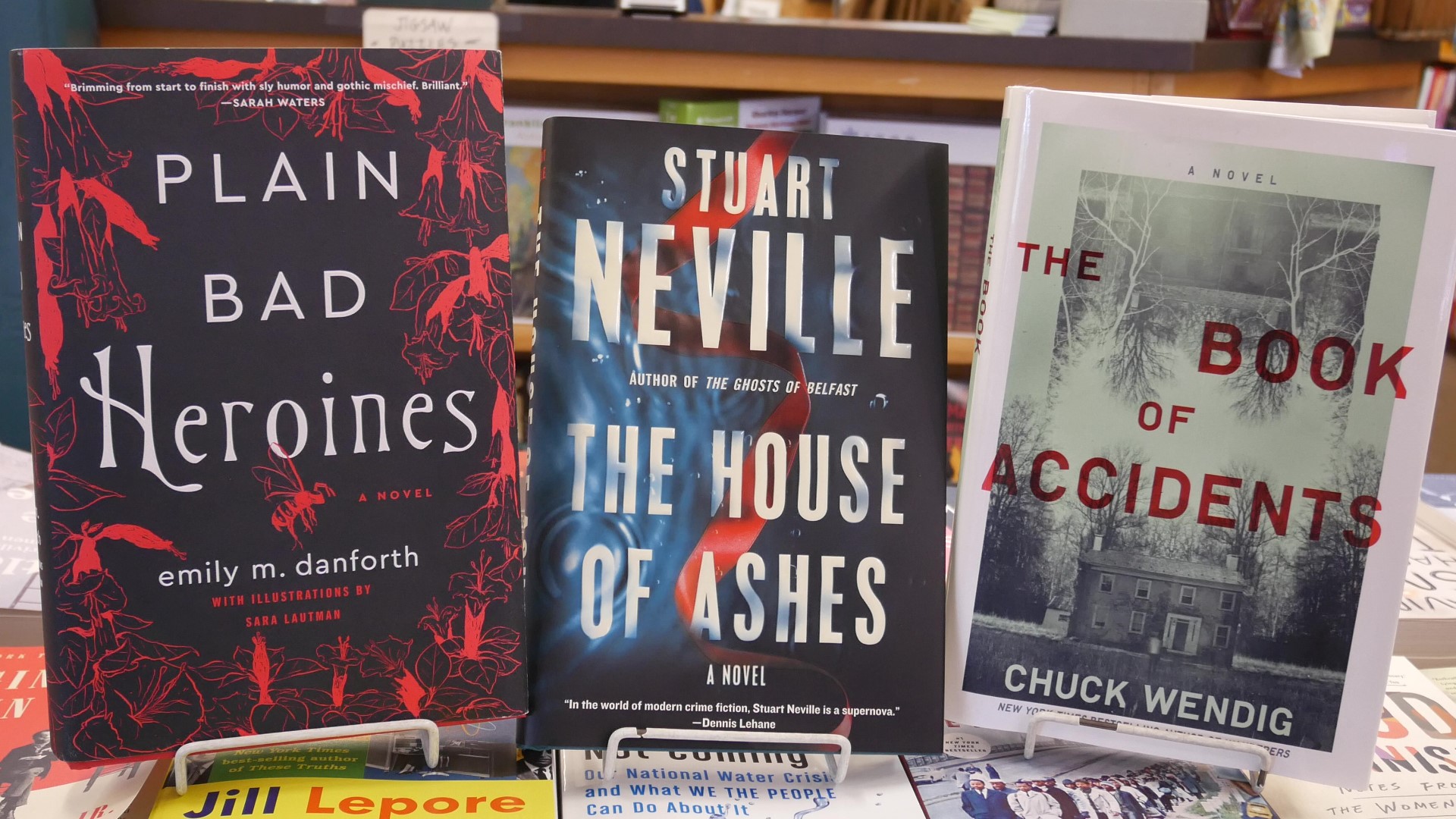 EDMONDS, Wash. — Edmonds Bookshop has been in business since 1972. And while the shop itself and owner Michelle Bear are both warm and friendly, Bear has three bone-chilling books for October.

If you want to buy any of these books, you can stop by Edmonds Bookshop or buy from them online. They deliver free to those that live in the Edmonds area!

The Book of Accidents by Chuck Wendig

"It's a great blend of thriller and science fiction and horror," owner Michelle Bear says. "It makes for this kind of page turning book can't put down even though it's a little bit thicker. It's a really great, spooky story.

Long ago, Nathan lived in a house in the country with his abusive father—and has never told his family what happened there. Long ago, Maddie was a little girl making dolls in her bedroom when she saw something she shouldn’t have—and is trying to remember that lost trauma by making haunting sculptures. Long ago, something sinister, something hungry, walked in the tunnels and the mountains and the coal mines of their hometown in rural Pennsylvania.

Now, Nate and Maddie Graves are married, and they have moved back to their hometown with their son, Oliver.

And now what happened long ago is happening again . . . and it is happening to Oliver. He meets a strange boy who becomes his best friend, a boy with secrets of his own and a taste for dark magic.

This dark magic puts them at the heart of a battle of good versus evil and a fight for the soul of the family—and perhaps for all of the world. But the Graves family has a secret weapon in this battle: their love for one another.

"I think the title alone is fantastic," Bear says. "It's this great story, it's really funny, has kind of this biting humor to it."

Our story begins in 1902, at The Brookhants School for Girls. Flo and Clara, two impressionable students, are obsessed with each other and with a daring young writer named Mary MacLane, the author of a scandalous bestselling memoir. To show their devotion to Mary, the girls establish their own private club and call it The Plain Bad Heroine Society. They meet in secret in a nearby apple orchard, the setting of their wildest happiness and, ultimately, of their macabre deaths. This is where their bodies are later discovered with a copy of Mary’s book splayed beside them, the victims of a swarm of stinging, angry yellow jackets. Less than five years later, The Brookhants School for Girls closes its doors forever—but not before three more people mysteriously die on the property, each in a most troubling way.

Over a century later, the now abandoned and crumbling Brookhants is back in the news when wunderkind writer, Merritt Emmons, publishes a breakout book celebrating the queer, feminist history surrounding the “haunted and cursed” Gilded-Age institution. Her bestselling book inspires a controversial horror film adaptation starring celebrity actor and lesbian it girl Harper Harper playing the ill-fated heroine Flo, opposite B-list actress and former child star Audrey Wells as Clara. But as Brookhants opens its gates once again, and our three modern heroines arrive on set to begin filming, past and present become grimly entangled—or perhaps just grimly exploited—and soon it’s impossible to tell where the curse leaves off and Hollywood begins.

The House of Ashes by Stuart Neville

Sara Keane's husband, Damien, has uprooted them from England and moved them to his native Northern Ireland for a "fresh start" in the wake of her nervous breakdown. Sara, who knows no one in Northern Ireland, is jobless, carless, friendless—all but a prisoner in her own house. When a blood-soaked old woman beats on the door, insisting the house is hers before being bundled back to her care facility, Sara begins to understand the house has a terrible history her husband never intended for her to discover.

Through the counterpoint voices of two women—one modern Englishwoman, one Northern Irish farmgirl speaking from half a century earlier—Stuart Neville offers a chilling and gorgeous portrait of violence and resilience in this truly haunting narrative.