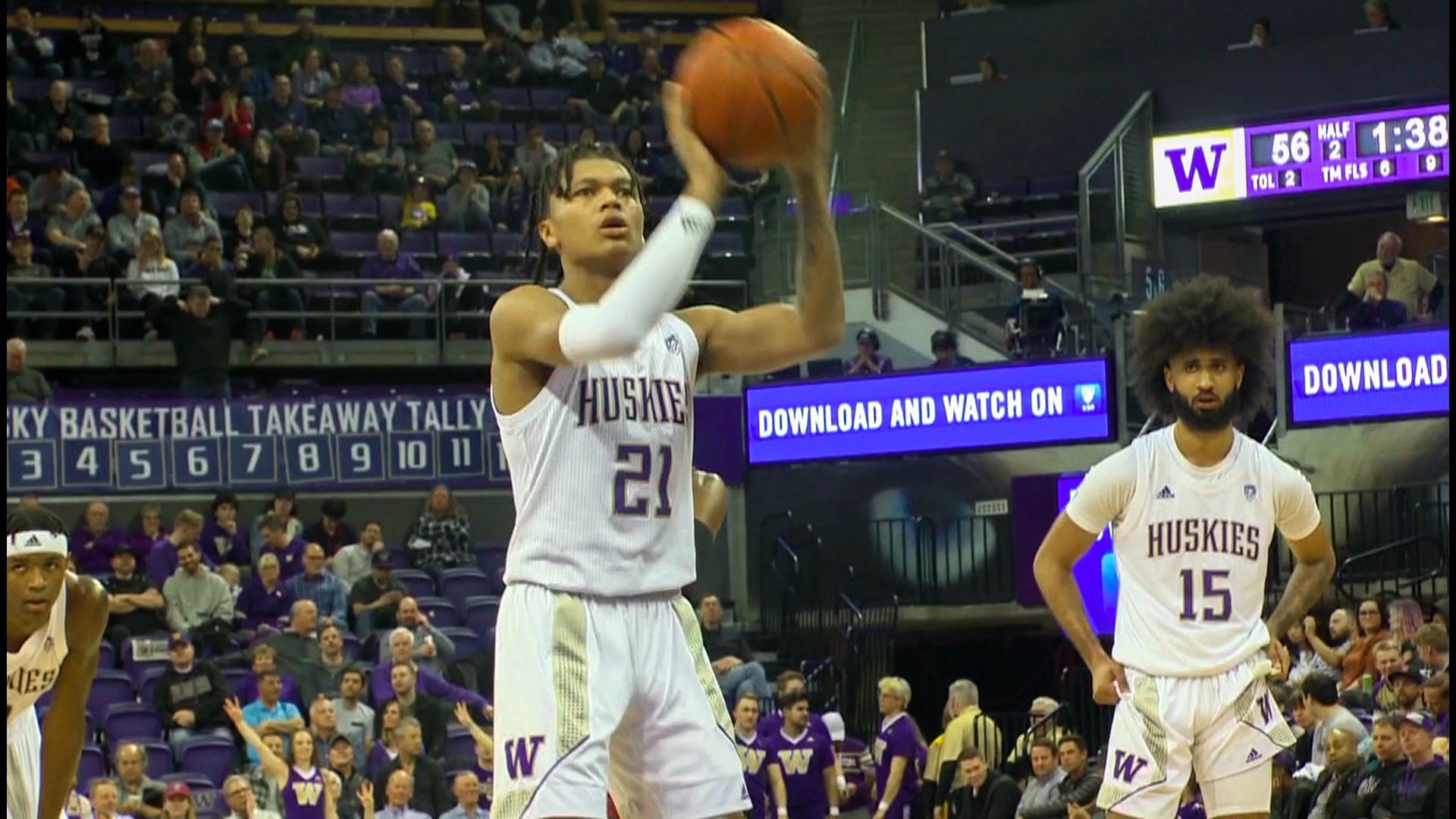 SEATTLE — RaeQuan Battle is a 6'5" freshman guard for the University of Washington Men's Basketball team who always keeps his eyes on the prize. He models his game after former NBA player Ray Allen because when Ray plays it's "Lights Out."

At the same time, RaeQuan understands the game isn't all about winning... it's about teamwork.

"I want to be unselfish when it comes to playing," he says. "It makes me feel like a better teammate [...] showing [the team] support for what they can do."

When shooting 3 pointers, he says he "hears a ding" sound going off in his head, kind of like a microwave when it's finished cooking: "It just feels good to have the ball come off my fingers like that. I just know instantly it's going in."

RaeQuan is a first for the Washington Huskies. As the first member of the Tulalip Tribes to earn a Division 1 basketball scholarship, he's living his dream all while snagging a top-tier education at no cost to him or his family.

"He's happy. That makes me happy," says RaeQuan's mom, Jacqueline Battle. "He's brought a lot of people together at his games. Keeping us as one."

Basketball runs in the family. Three of his brothers, his mom, and RaeQuan himself played for Marysville-Pilchuck. His 10-year-old brother also loves the game.

Having their support means everything. He says, "If I didn't have them I wouldn't be here right now."

And family doesn't just mean blood-relatives. It means all the people he was surrounded by at home -- about 40 miles north of Seattle. "Everyone on the reservation knows each other [...] The love we all have for each other is inseparable," says RaeQuan.

They all inspire him as much as he inspires them. "A lot of kids are wanting to be like RaeQuan out here," says Jacqueline.

As for his future, big plans are on the horizon. He aspires to keep playing basketball and motivating people from smaller communities to play the game, too.