Secrets to shopping this destination market like a local. 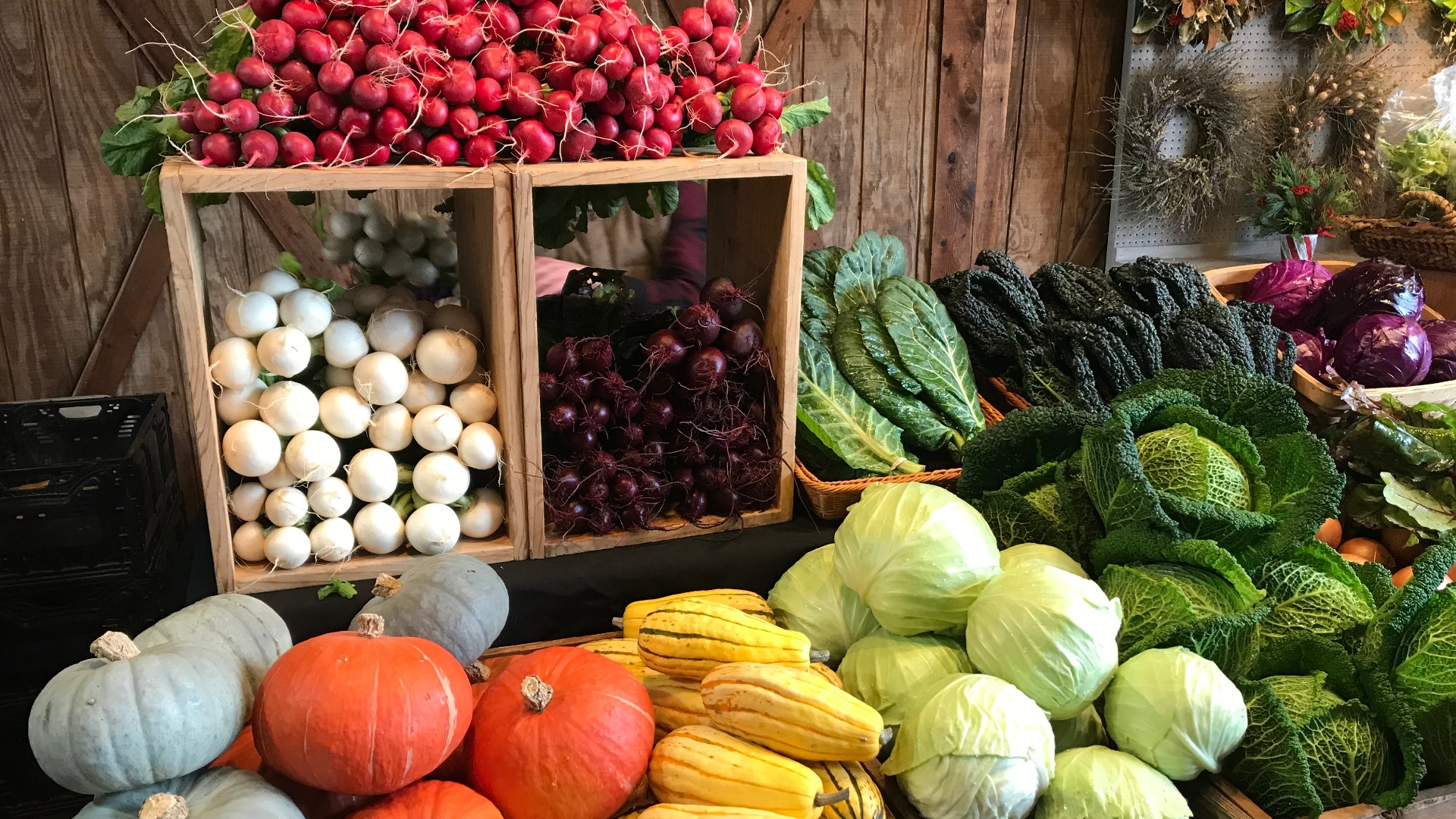 OLYMPIA, Wash. — The best time to go to the Olympia Farmers Market is about an hour before it opens.

"You'll probably be early enough to catch the hustle and the bustle of the vendors setting up,” said the market’s operations manager Bryce Dazell.

But it's not just for the ambiance. The lines at some booths start forming before the market’s opening bell rings at 10 am.

"Most of us get here about 20 minutes before to the market even opens, in the wintertime it's challenging, so it's nice to be able to talk to friends while you're trying to keep warm,” said Hillary Lewis, who was standing in a long line at Stewart’s Meats. Why? “That is the best chicken you're gonna find anywhere in the state of Washington. It's amazing."

Olympia Farmers Market began in 1975 - and grew into one the few indoor, year-round, farmers markets in Washington.

"You will find a vast selection - we have 5 bakeries, wineries, jams jellies condiments, tons of row crop farmers, the selection is amazing here,” said Dazell.

Local is what any farmer's market is all about. At this market, Olympia’s forests are represented with foraged mushrooms and handmade pendants and earrings with fir trees carved on them. Olympia’s farms bring a bounty of root vegetables, squash, and fresh greens this time of year. Even the region’s waters are here; the market has a handful of seafood vendors.

"They are so tiny. And they're very tasty,” a customer commented as she slurped one down.

Jim "Jam" Johnson of Johnson Farms sells jams made from berries he grows. He has been selling at the market since it began.  And he's noticed people coming from further away to sample what Olympia grows.

This market has another thing that's locally grown - something more valuable than fresh veggies and artisan bread.

"Community, sense of community. This is tradition, come here, stand in line get your turkey,” said Mike Swarthout, who we found in the line at Stewart’s Meats. After chatting with him, we learned he was one of the original builders of the Market’s indoor facility on the Olympia waterfront.  This is the kind of place where people make connections like that.

"There's been a slogan around here for a long time, "Meet me at the Market,” said Dazell. “You recognize people that come down here every week. Yeah, this place definitely is Olympia.”

“It's community. It's Olympia. It's what we do here.” Hillary Lewis added as she stood in line.

It's all about community.

But don't tell Hillary Lewis that you heard about Stewart Farm’s chicken from us.

“You don't know about the chicken -- move along citizens…” she joked as the line crept forward.

“Welcome to Olympia” added Swarthout with a grin.