Flood Watch canceled for most of western Washington

Heavy rain will continue in western Washington through Monday with a little bit of a break in the afternoon. 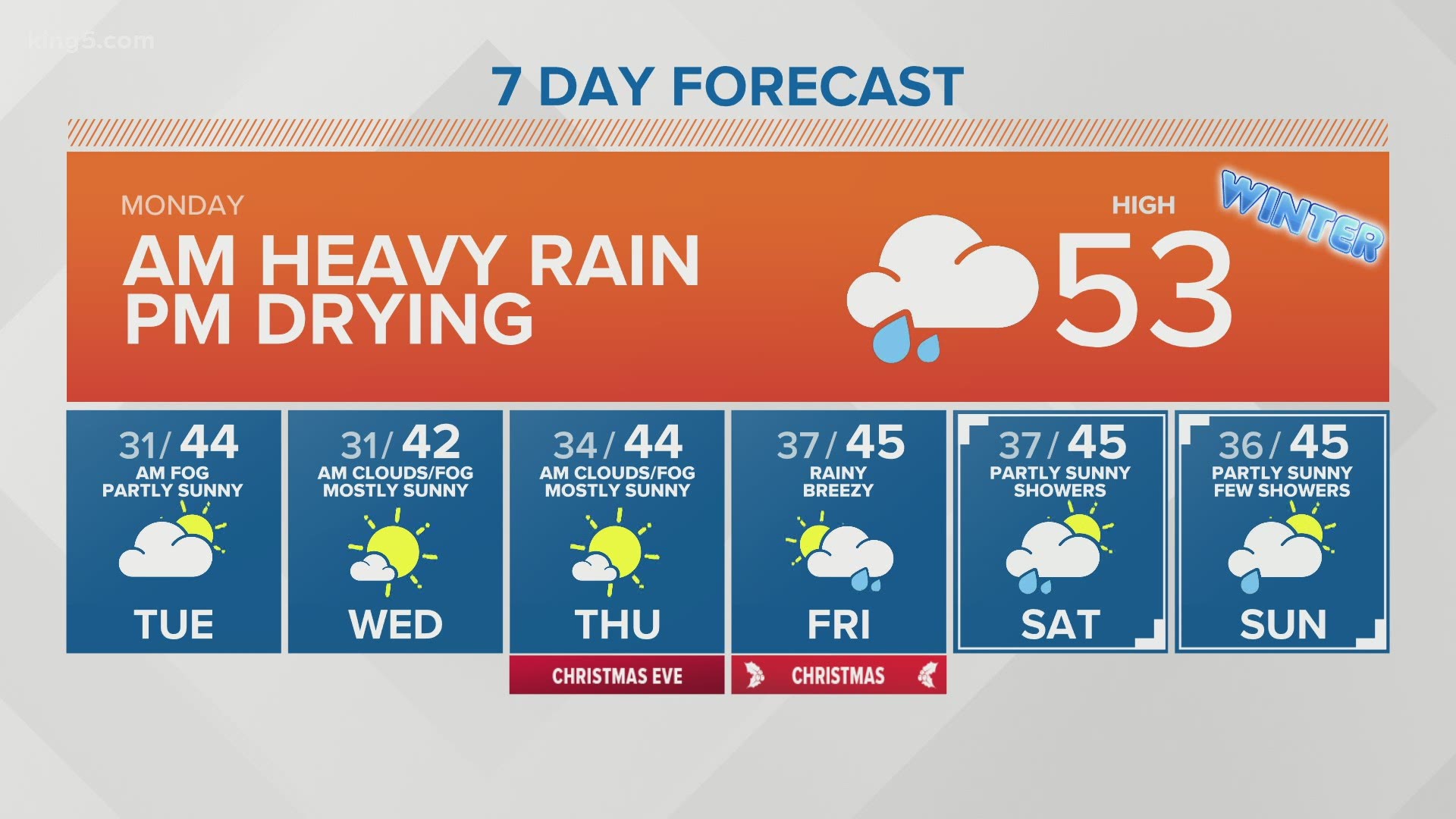 SEATTLE — Heavy rain will continue in western Washington through Monday with a little bit of a break in the afternoon.

A Flood Watch that was in place for most of western Washington was canceled Sunday night, with the exception of the Skokomish River in Mason County. The National Weather Service (NWS) said the river fell below flood stage Sunday, but the rain on Monday is expected to push it back to flood stage by the afternoon.

A very wet weather system called an atmospheric river moved into the area bringing warmer air and lots of rain.

Some areas will likely see localized flooding from the mountains to the lowlands, and there will be an increased risk of landslides Monday due to heavy rains.

This system will also bring gusty winds, which could lead to power outages.

Rain has spread across the area early this morning. Rain will continue for much of the day, possible mixing with snow for a few hours at low elevations this afternoon and evening. #wawx pic.twitter.com/LIHppPzjda

Another round of rain and blustery weather is expected Monday, marking the first day of winter, but it won't be as wet or windy as Saturday night. There is also a slight chance for some snow mixed in with the rain on Monday, but the NWS said there is "considerable uncertainty" in the forecast.

A ridge builds Tuesday, bringing sunshine and cooling temperatures until Christmas when we expect showers again. 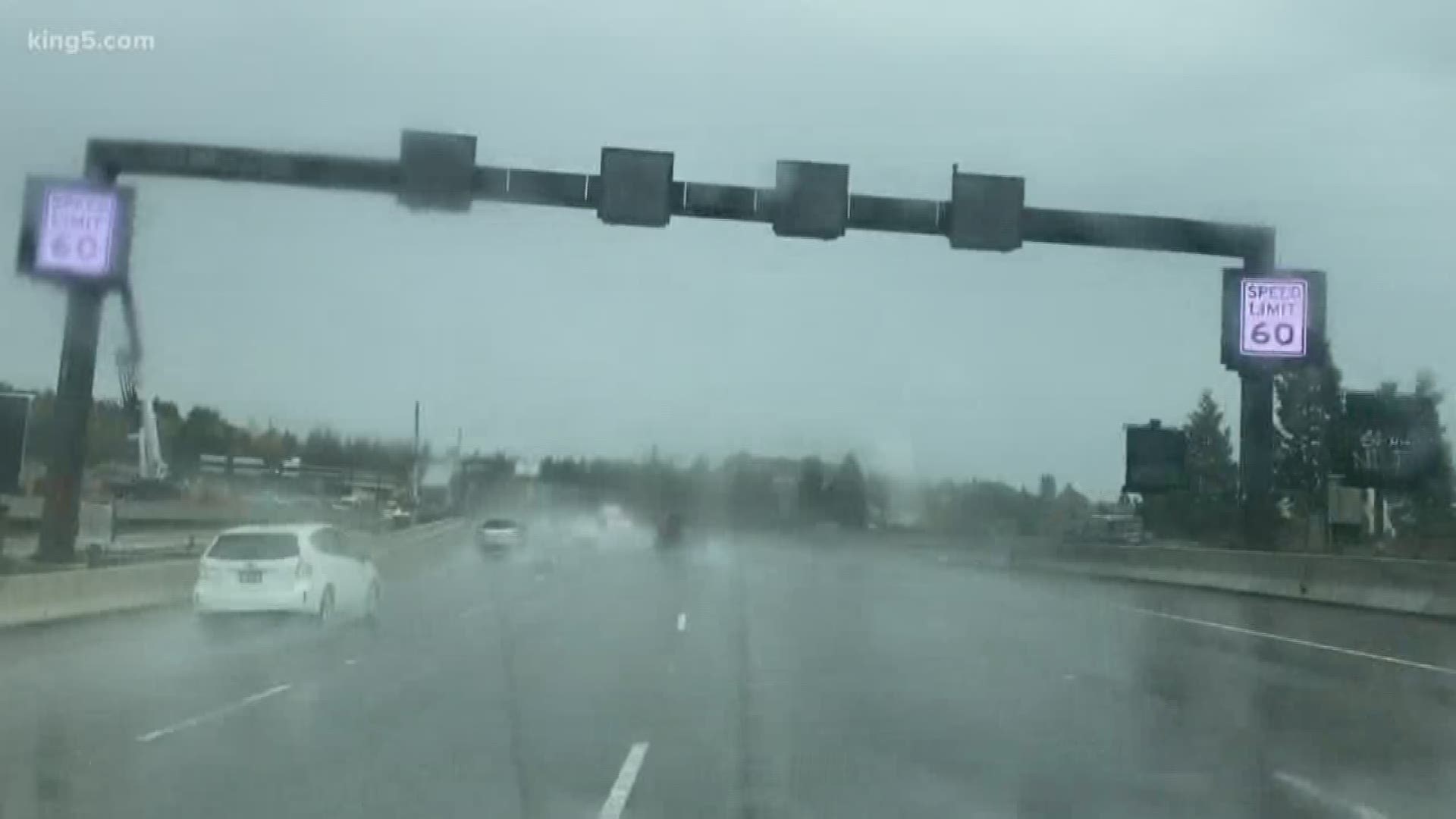 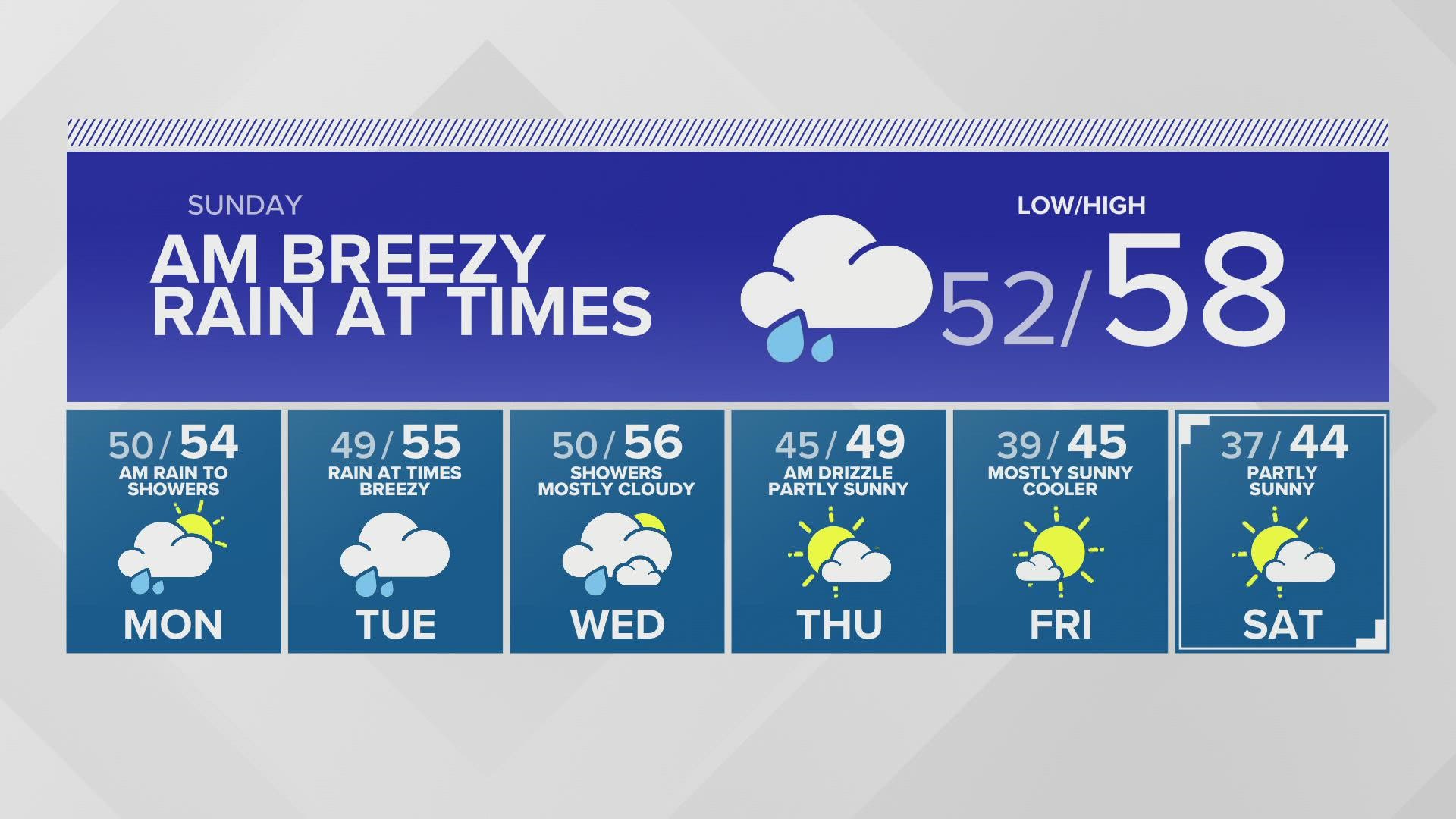