Why was there so much lightning Saturday night?

Most of the time, we only see weak thunderstorms in the lowlands in western Washington. Saturday's storm was definitely a different animal. 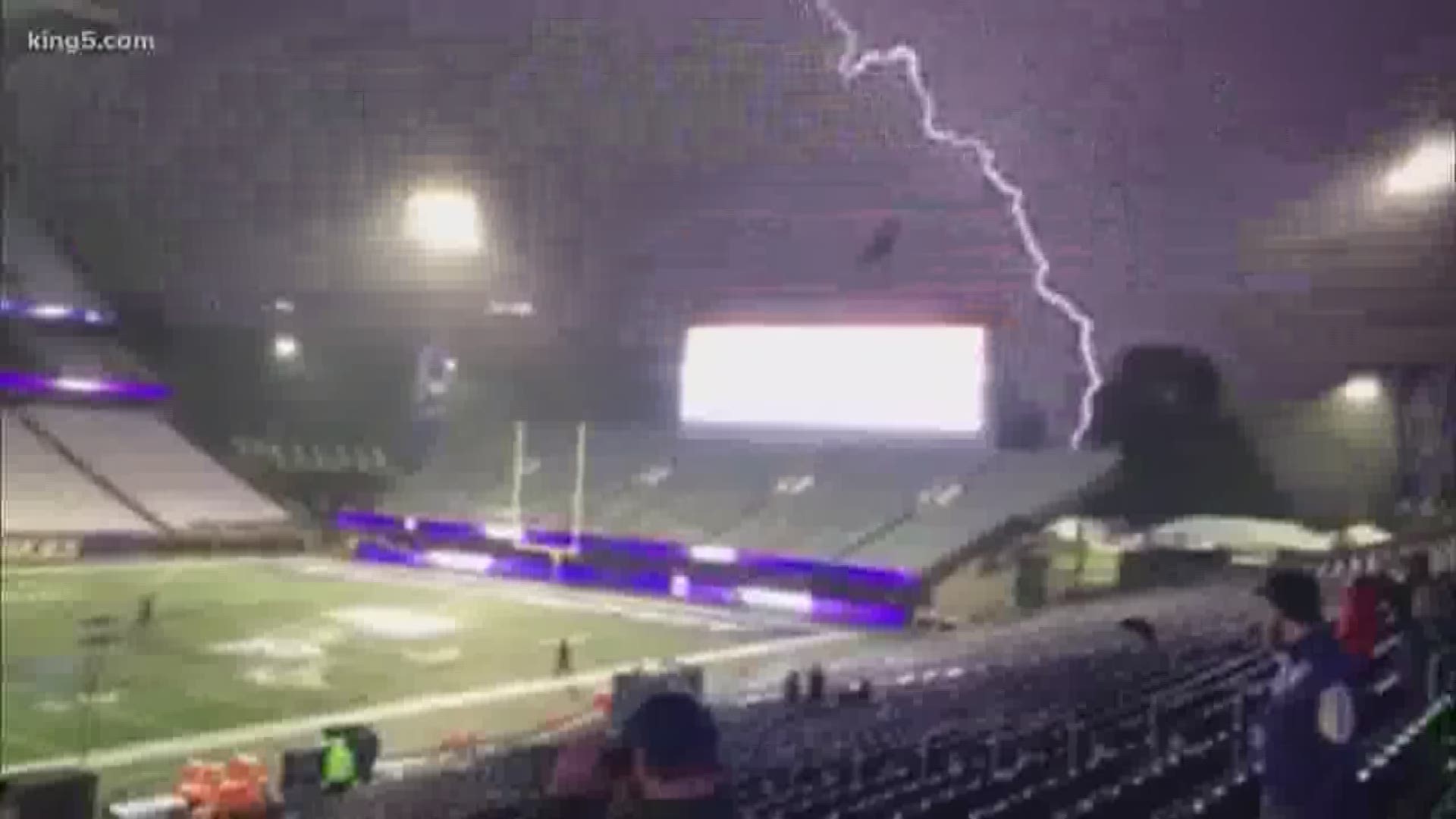 SEATTLE — Saturday night's weather certainly got our attention. The heavy rain and more than 2,000 lightning strikes in three hours led to flooded intersections and power outages.

Due to the danger, outdoor events were canceled or postponed (or in the case of the Husky game delayed over 2 hours).

In 40+ years of forecasting for western Washington, I can remember at least two distinct thunderstorm outbreaks that were similar in quantity and duration of the lightning. But they do not happen often and this one was memorable, too. 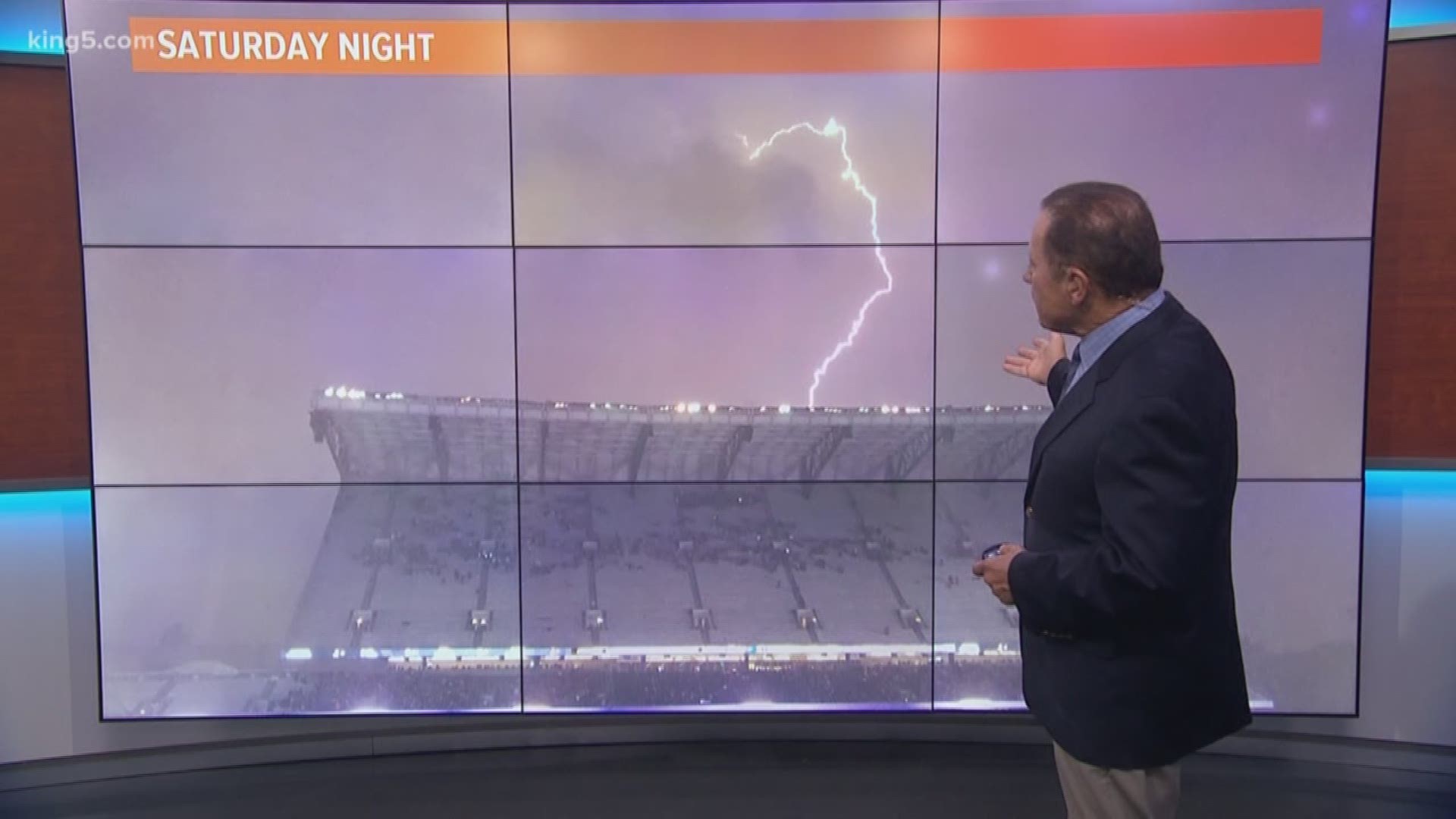 A complete understanding of exactly what factors came together to spawn the high number of lightning strikes and the duration of the thunderstorms will probably be a subject of research reports coming out in a few months. However, we know that this type of situation is unusual in western Washington.

Most of the time, we only see weak thunderstorms in the lowlands in western Washington - often known as "One-clap Wonders" that form and end pretty quickly and are usually not widespread. Saturday's storm was definitely a different animal.

Weather-wise we had a cold front poised to move through during the early evening along with an associated "upper level" weather system (a trough).

You can see them on the maps. We had seen building thunderstorms to the south of us and over the southern Cascades in the late afternoon and the winds at all levels in the atmosphere were pushing them northward.

As all of this came together over Puget Sound, the net effect was to make our atmosphere very "unstable" which allowed for the strong vertical motion (convection) in the atmosphere to high altitudes which is necessary to produce strong thunderstorms.

As a comparison, our normal garden variety Northwest thunderstorm extends up to around 20,000 feet. Doppler radar showed that the storms Saturday extended up to nearly 40,000 feet - more comparable to a thunderstorm in the midwest.

One measure meteorologists use to compute the instability of the atmosphere is called CAPE - which is related to how much energy the atmosphere has to lift air upward.

Normally, on an unstable day in Puget Sound, the CAPE will be 4-500 joules (a measure of energy). Saturday night the atmosphere over Puget Sound may have been twice that or more. This is shown in the forecast CAPE from the UW High-Resolution computer model.

Finally, one of the reasons the thunderstorms lasted so long was that the upper-level disturbance causing the storms was moving slowly. It continued to fuel the thunderstorms until it moved on to the east of us later in the evening.

When the analyses come out, we will find out more of the details of what came together to generate all of the action Saturday.  But one thing we do know - it doesn't happen here very often!