Washington troopers urge drivers to slow down on wet roads 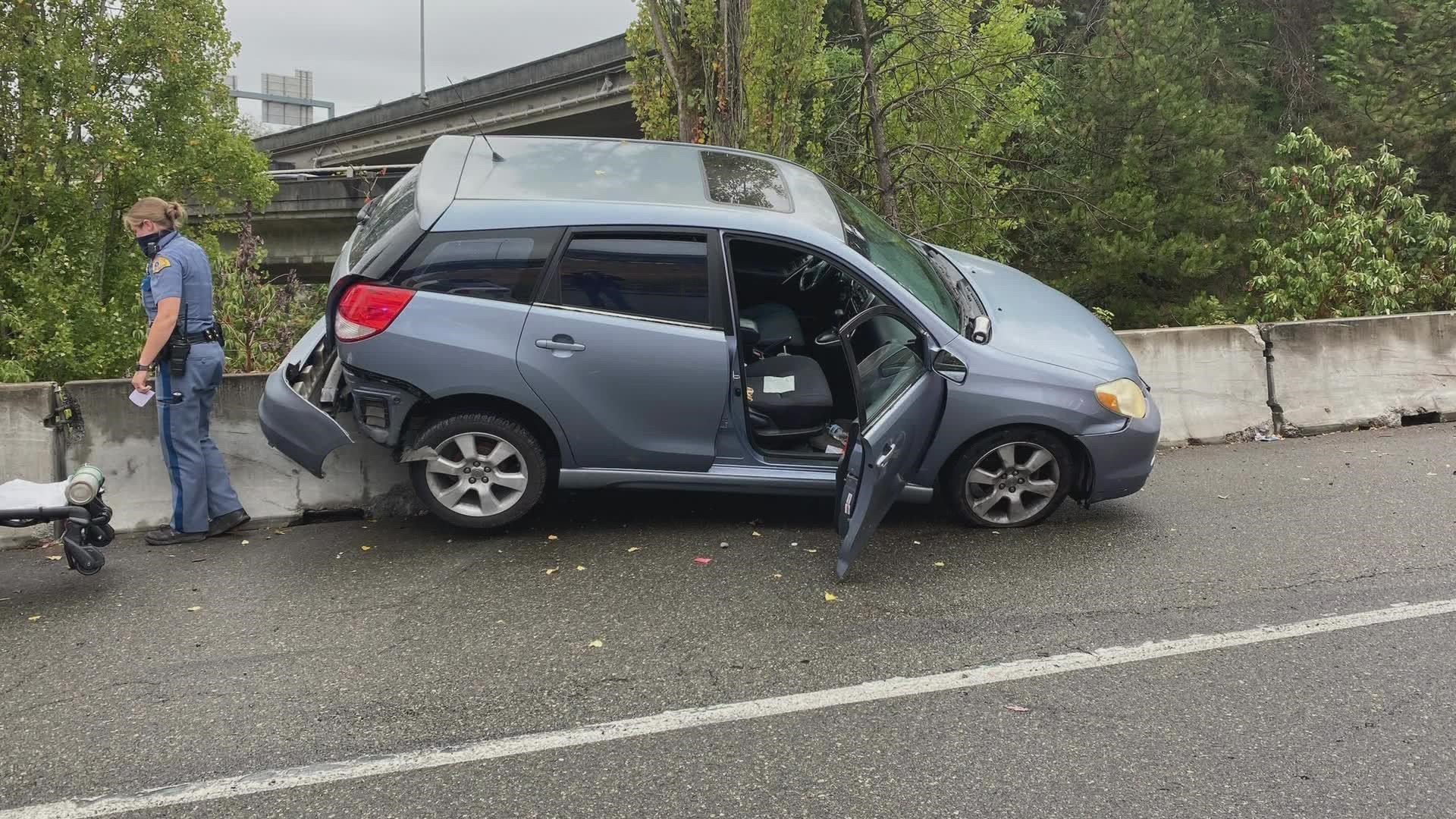 TACOMA, Wash. — Drivers are reacquainting themselves with wet roads after enjoying months of dry conditions as western Washington wraps up one of the hottest and driest summers in recent memory.

"People are used to driving on dry roadways and now it will take a couple days for people to readjust to wet roadways," Trooper Robert Reyer said.

Reyer said the roads will be extra slick after the first significant rainfall due to motor oil surfacing and washing off during a storm, causing unexpectedly slippery conditions.

"They're almost like ice rinks and while they don't look like ice rinks, people will realize very, very quickly when the car in front of them comes to a quick stop, they're just unable to do the same and hit that car," Reyer said.

Since the rain will be sticking around for most of the weekend, Reyer said drivers should slow down and keep a good distance between cars to ensure enough stopping space should motorists need to suddenly stop.

Reyer also noted the dangers of hydroplaning, which is when tires lose traction on wet roads, causing the driver to lose control of their vehicle.

While hydroplaning, Reyer recommends drivers take their foot off the gas pedal in order to slow down but keep the feet off the brakes.

"We want to step on that brake pedal as hard as we can and stop the car as quick as we can, but that can make things even worse," Reyer said.

AAA Washington has driving tips for a variety of road conditions. The agency recommends drivers avoid using cruise control while driving on wet roadways so that drivers can slow down easier if they need to.

Reyer also emphasized the importance of proper tire tread so that water could shear off the tires more efficiently and ensure traction on wet roadways.