The record rainfall on Sunday will be followed by another wet wave on Tuesday with a chance of thunderstorms. 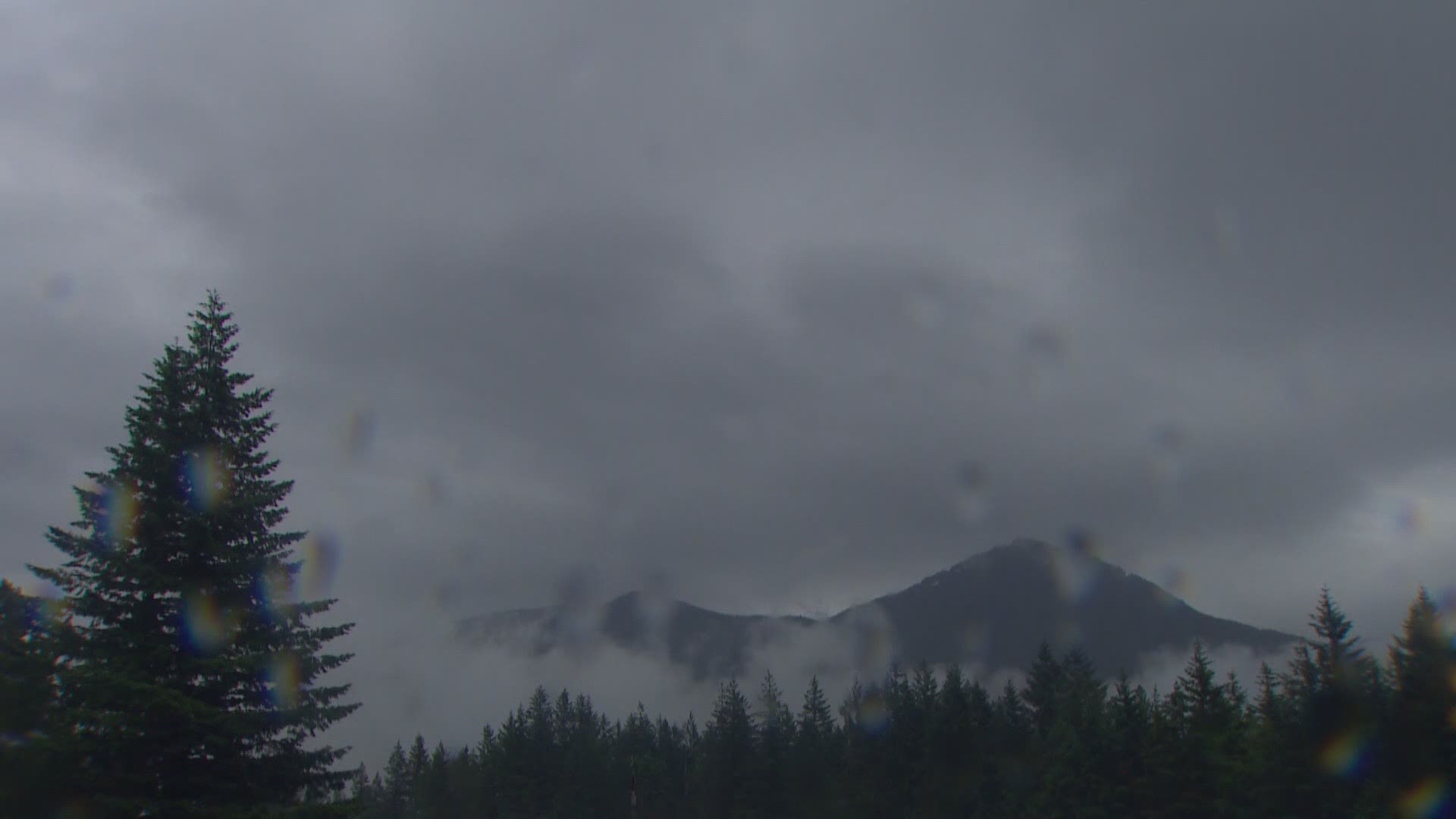 SEATTLE — A weather event that certainly happens in the Pacific Northwest, but is not as common in June, comes at a time when the area needs more rain.

Sunday brought steady rain throughout the day and heavy downpours late in the day.

Most areas of western Washington received between 0.25 and 1.5 inches of rain Sunday, with some areas on the Olympic Peninsula receiving over 2 inches of rain, according to the National Weather Service (NWS).

“When we speak of an atmospheric river, we're looking for a narrow ribbon of deep moisture that usually originates in more tropical latitudes and that moisture is pulled north, and that's what we're seeing today," NWS Lead Forecaster Carly Kovacik explained Sunday.

The rainfall helps with dry conditions that have hit the region in recent months. By Sunday afternoon, rainfall totals we able to climb back to normal levels in Seattle. Still, the heat of summer looms right around the corner.

“It may provide some temporary relief, and it's certainly better than not having any rainfall at all,” said Kovacik. “June ends up being an important month in gauging how our fire season is going to begin.”

Normally, Seattle sees 1.45 inches of rain for the whole month. More than half an inch of rain fell at Sea-Tac Airport by 5 p.m. Sunday.

Rain totals from around the area yesterday. The wetter locations got about 80 percent of their normal rainfall for the entire month of June in one day. Much much drier today but still some showers in the area. A little muggy too with dew points in the mid to upper 50s. #wawx pic.twitter.com/8JwhW6SBkN

The system will gradually clear through Monday, and Tuesday will see another wave of rain with a risk of thunderstorms in the afternoon and temperatures cooling down to the mid and upper 60s. Sunshine should return on Wednesday and Thursday.