Sunday ushered in the strongest wind of the season so far.

Editor’s note: This story is no longer being updated. Click here for the latest forecast timeline for western Washington.

SEATTLE - A powerful low-pressure system that brought in rain and strong wind Sunday, knocking out power to more than 100,000 customers, will continue into Monday.

Sunday ushered in the strongest wind of the season so far. The strongest, low-pressure system in years developed over the Pacific. Known as a bomb cyclone, the bomb is the center of low pressure falling at least 24 millibars or more in 24 hours.

The National Weather Service (NWS) said the pressure hit a low of 942.5 millibars Sunday, which is the lowest pressure ever recorded off the Washington coast. The previous lowest pressure off our coast was in 1981 at 950 millibars.

Below is a forecast timeline and what could be in store for western Washington:

Blustery conditions will continue for most areas Monday, with damaging winds possible for the Washington coast and for the interior north of Everett, the NWS said. Rain and mountain snow are also expected to continue Monday.

The NWS issued a High Wind Warning until midnight Tuesday for portions of western Washington, including San Juan County, western Whatcom County, western Skagit County and the Admiralty Inlet Area. The NWS warned of sustained winds of 30-40 mph with gusts up to 55 mph.

A Gale Warning is in effect until Monday evening for the Strait of Juan De Fuca, and until 5 a.m. Tuesday for the Admiralty Inlet for the northern inland waters of Puget Sound.

The heaviest rain will come in early Monday impacting the coast, Kitsap peninsula and the mountains. Mountain snow levels will be near 4,500 to 5,500 feet through Tuesday. Snow accumulations will occur above those elevations.

Another round of rain is expected to reach the interior by Monday afternoon, the NWS said.

High surf conditions will also continue along the coast Monday, with waves between 25-30 feet possible.

Credit: NWS Seattle
Seas will build to 25-30 feet along the coast Sunday night and persist through Monday. Significant beach erosion will be possible. Waves may run further up area beaches, carrying debris like logs. Avoid walking on area beaches and jetties as large waves may cause serious injuries or sweep people into dangerous seas.

The NWS said the accumulated rainfall will bring rivers to their highest levels so far this season with the Skokomish River possibly flooding on Tuesday.

The rain trend continues Tuesday with more breezy conditions, but the wind isn’t expected to be as bad as Sunday or Monday. Highs will be in the upper 40s to low 50s.

Snow levels are expected to sit between 4,500-5,500 feet through Tuesday. Higher elevations could get a few inches of new snow, but there will be a minimal impact for the Cascade passes, the NWS said.

Wednesday into the weekend

A ridge of high pressure should provide a partly sunny break on Wednesday with a few showers.

The next stronger storm for continuous rain and wind is expected to develop Thursday as an atmospheric river moves over western Washington. Rivers are likely to keep rising, and residents should expect an increased threat of flooding Thursday and Friday.

A storm preparedness kit stocked and ready to go should get you through the next several days of wind, rain, thunderstorms, high surf and flooding.

All lanes of East Marginal Way S are closed between 14th Ave S and S 86th Pl in Seattle’s Georgetown neighborhood after 15 utility poles fell during Sunday’s storm. The closure is blocking access to the South Park Bridge. The road and bridge are expected to remain closed on Monday and will reopen when crews verify that area is safe. Drivers should plan ahead for long delays.

Tacoma Public Utilities reported more than 5,000 customers without power Sunday afternoon. That number quickly decreased by Sunday evening and was down to less than 100 outages throughout the city by 6:15 a.m. Monday. However, new outages were reported by 7:30 a.m. Monday, with around 15,000 customers without power. A majority of those outages were in the University Place area.

7:30 AM UPDATE (10/25): Approx 15k customers are without power in the University Place area this morning. If you are without power, please report your outage at https://t.co/DsH127ACkw. Crews are investigating & the outage map will be updated as more info is available. pic.twitter.com/xN99CbSAfI

Snohomish County PUD was reporting about 27,000 customers without power around 5 p.m. Sunday. That was down to around 1,600 by Monday morning. 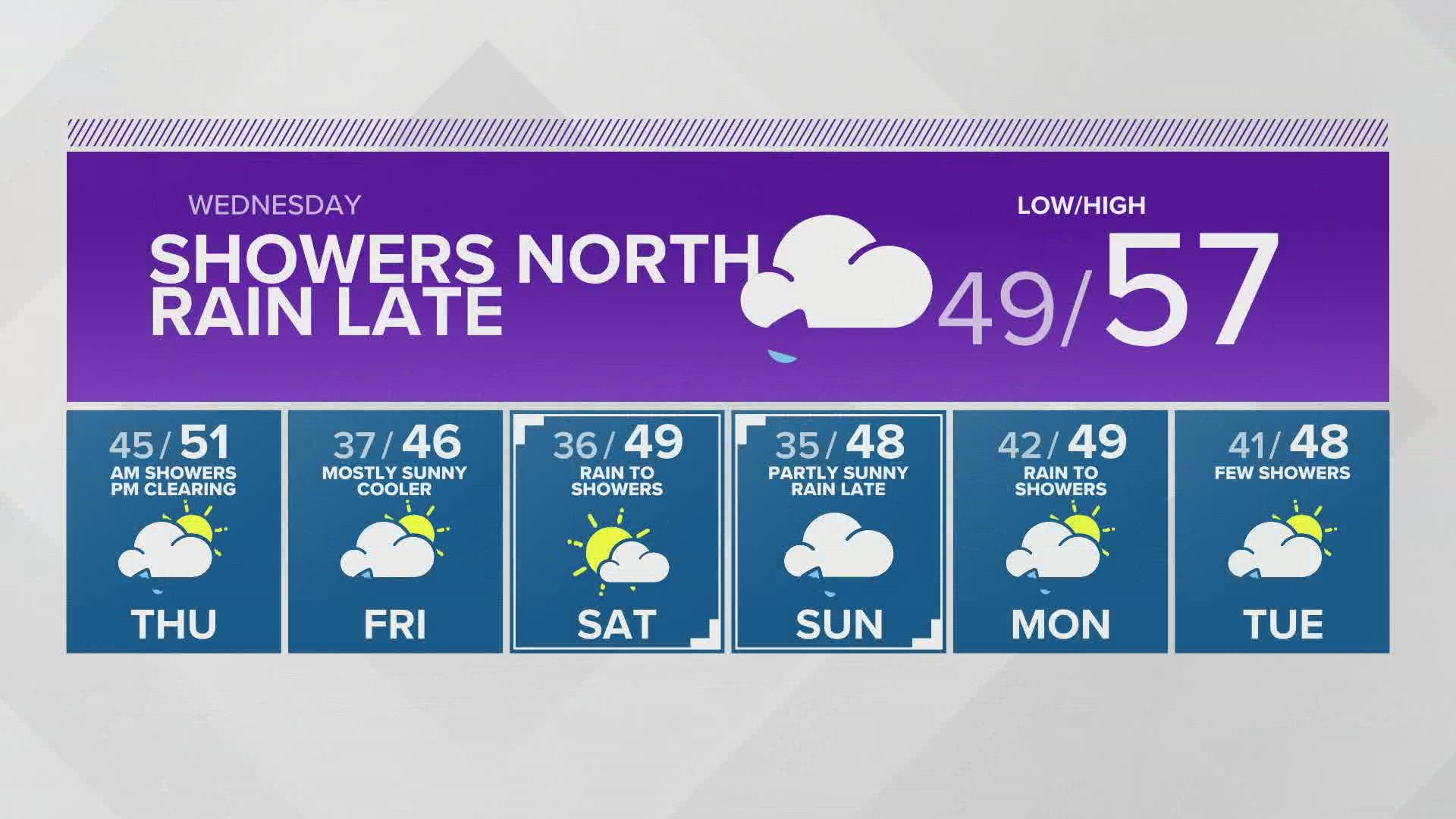