The storms that slammed Washington's mountains over the past week have, in some cases, more than made up for the snowpack deficit. 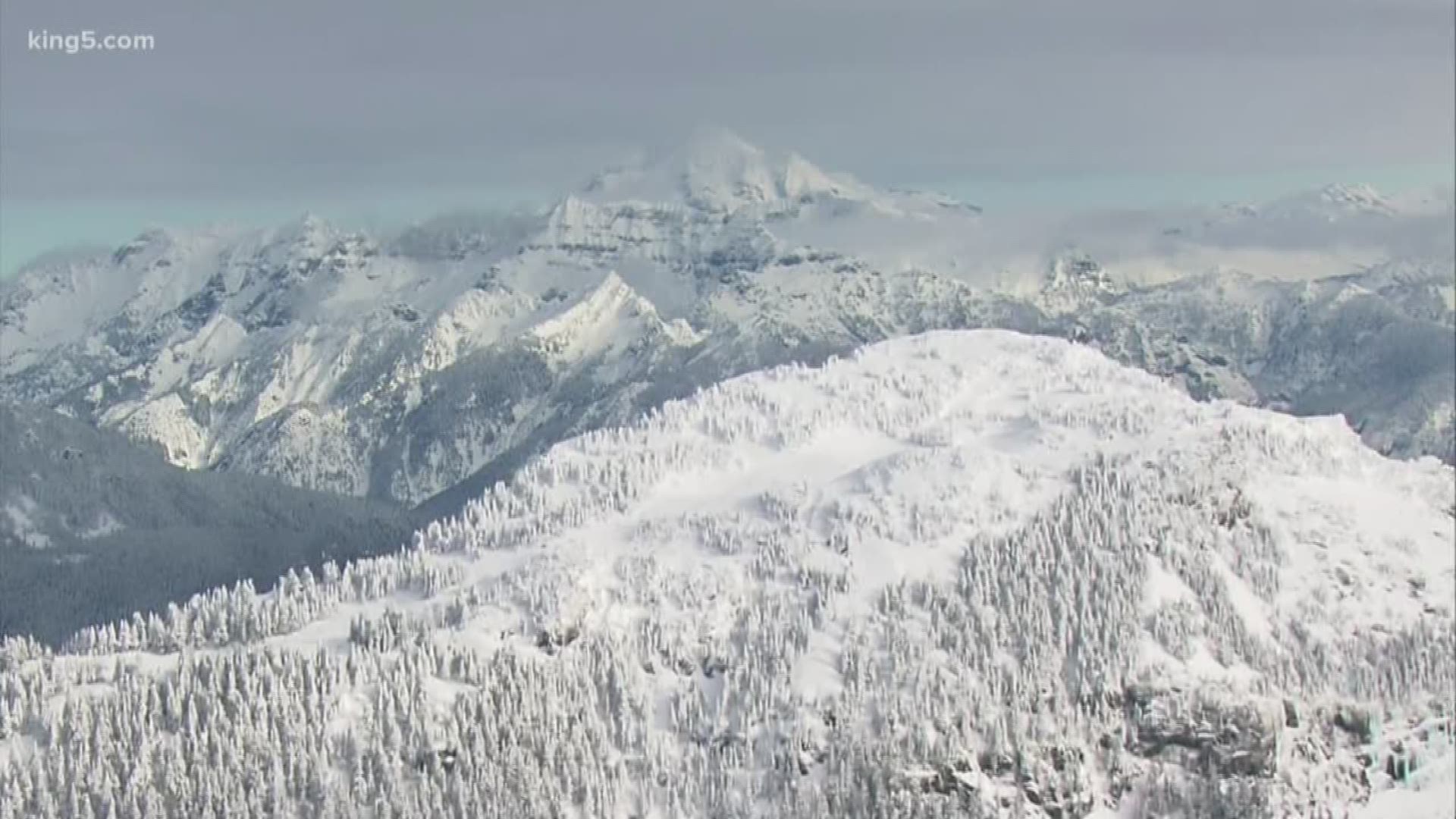 SNOQUALMIE PASS, Wash. — This winter had a tough time getting started. In early December, the central Cascades had as little as 5% of the normal snowpack. By January 1, it was still less than 40%.

State Climatologist Nick Bond with the University of Washington was betting that would turn around. And did it ever. "I didn't dream it was going to be this way," Bond said.

Snow pack is critical for Washington state. Record low snowpack in the winter of 2014-2015 was blamed in part on the record wildfires that came the following summer, along with the stress placed on agriculture and local water utilities.

What matters most about snowpack is the water it contains: Snow Water Equivalent or SWE. Bond likes to point to a record 22 inches of water in the snowpack recorded at the Paradise Ranger Station on Mount Rainier this week.

The following graphs show the snowpack on Jan. 1 and then Jan. 17 after days of heavy mountain snow. On Jan. 1, the Snow Water Equivalent was below 50% of the median. By Jan. 17, it was above 100% in places.

But what really matters, is where the snowpack ends up at the end of the season, typically considered April 1, after which the rate of melt begins to outpace any further snow fall.

"If we’re at 80% and above, generally we're in good shape," said Bond. But that's not that far above what's considered a drought.

"Technically, in the state of Washington, drought conditions are 75% or less of the normal water supply, along with some hardship," said Bond. Hardship could be a lack of irrigation water for those holding junior water rights, an impact on fish and wildlife or other negative impacts.

Winter isn't over yet. That could mean even more snow, or warmer temperatures. Right now, Bond points to maps from the Climate Prediction Center for February which show equal chances of a warm-up or a cool-down, or more precipitation or less precipitation for the Cascades and the western half of the state.

That's an improvement from earlier forecasts which showed a warm-up. But right now, the longer climate forecasts for March, April, May and then into the late spring and summer are raising the odds of it being warmer and drier than normal, threatening to cause the snowpack to melt off early.

Another threat is the formation of another marine heat wave in the Pacific Ocean in the gulf of Alaska and approaching the Pacific Northwest. Also known as "Blob 2," an earlier blob was blamed for that record low snowpack season in 2014-2015.  These heat waves can transmit that heat into the atmosphere, which Bond believes contributed to the slow start for snowpack.

But for the past week or so, Blob 2 had little effect.