A long-awaited marine layer arrived Monday on the Washington coast. 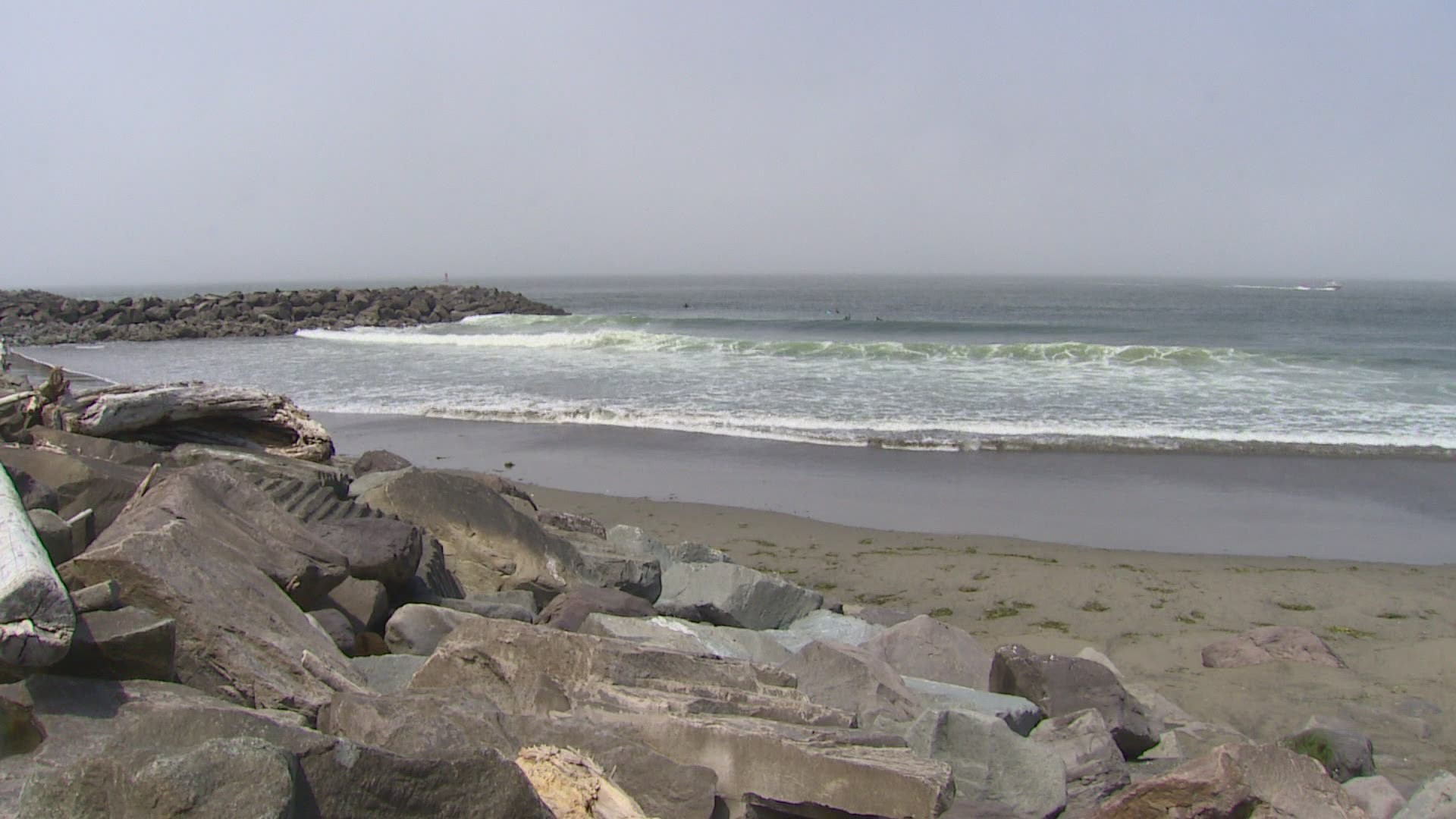 WESTPORT, Wash. — After a record-setting weekend in western Washington, cool breezes returned to the coast Monday.

At noon, when most of the state of Washington was near 100 degrees, a marine layer from the south cooled places like Westport and Ocean Shores into the 60s.

“A breath of fresh air,” said Riley Seebeck, who came from Fall City to surf. “The place you want to be right now.”

RELATED: It's unlikely Washington will have another extreme heat wave this summer

John Navin drove more than an hour from his home in Shelton to escape the heat. He said it was quite the difference.

”Hell and Heaven. That’s the best way to describe it,” said Navin. ”When we were driving you felt the change in the air. As soon as we hit Westport, it was like, 'Ahhh.'”

The marine layer that arrived on the Washington coast on Monday will gradually move through the rest of western Washington this week. Coastal high temperatures are expected to remain in the upper 60s Tuesday while the rest of Puget Sound will drop to the upper 80s and low 90s.