October flooding put some Snoqualmie Valley farms underwater. A community alliance says this will be "devastating" for crops. 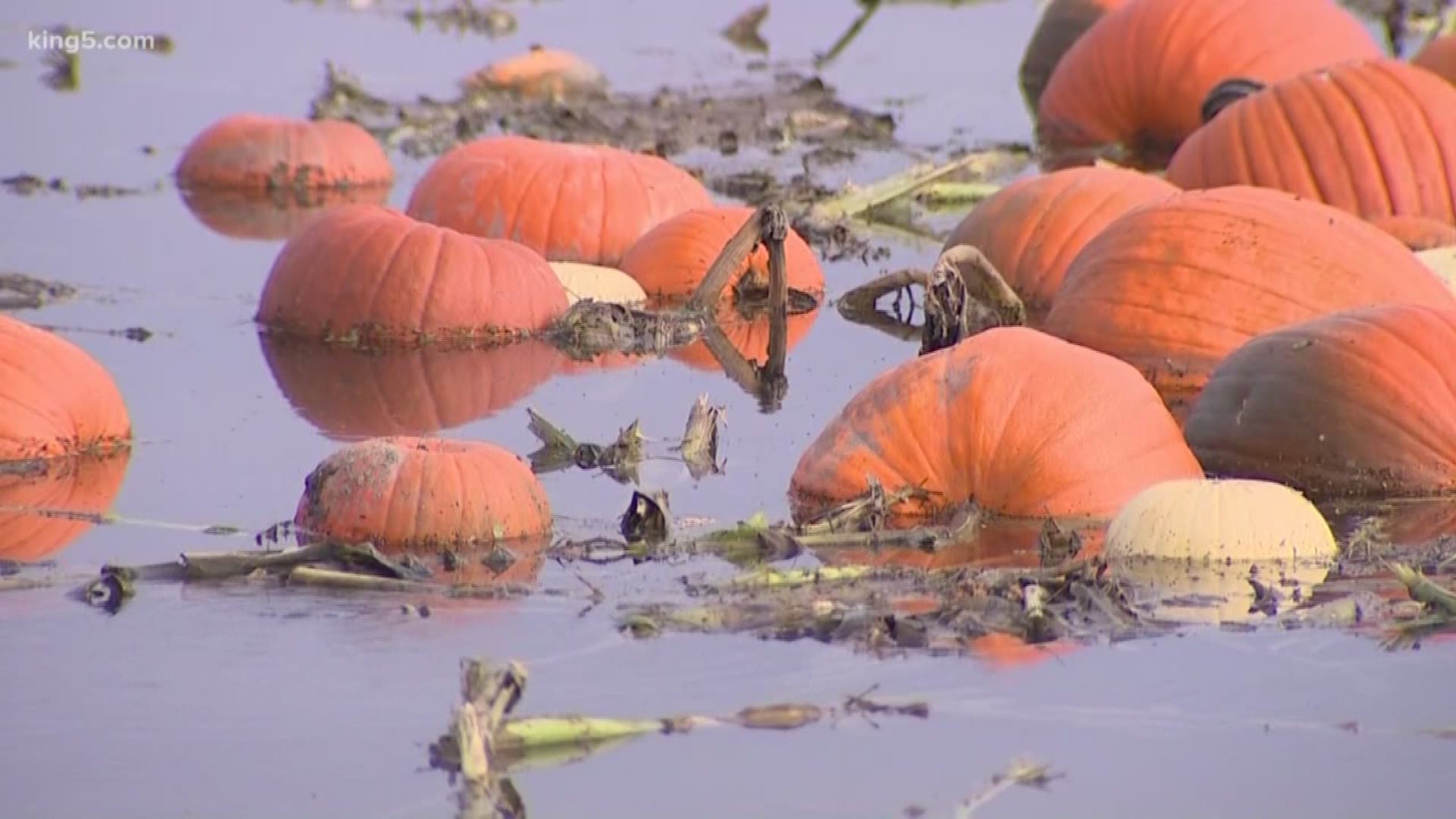 The Snoqualmie Valley Preservation Alliance (SVPA) said this week's floods will be "devastating" to nearby farms.

"Catastrophic floods, arriving earlier in the season, close local roads and destroy any crops remaining in the fields," the SVPA said in a statement.

Also see | Is it unusual to see major flooding events in October?

October is prime harvest season in King County's farm community. Snoqualmie Valley farms are in the middle of their peak pumpkin patch season, according to the alliance. At least one pumpkin patch at First Light Farm south of Carnation appeared to be completely submerged Tuesday afternoon. 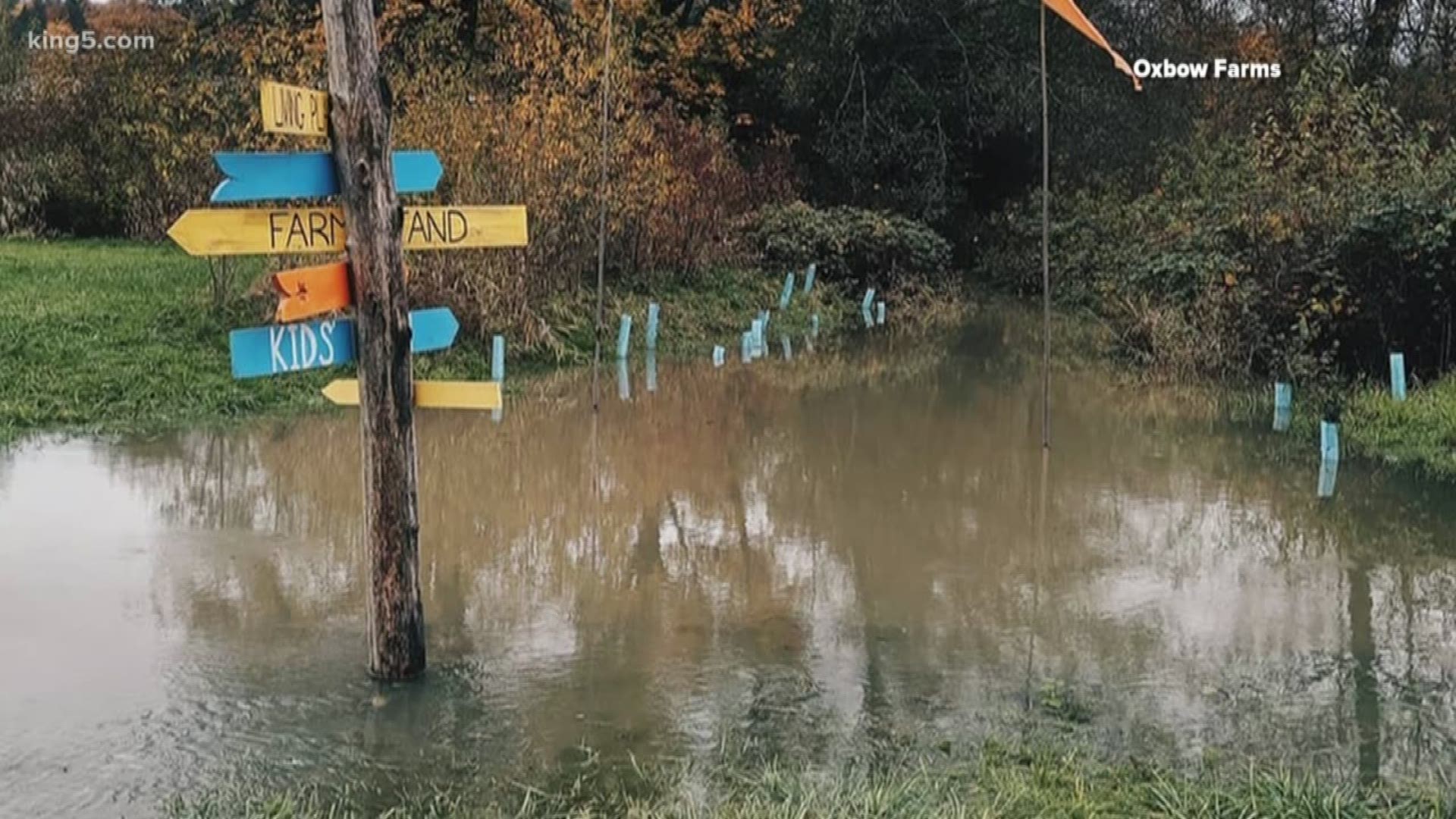 A 16-acre portion of Ricci’s farm was partially underwater on Tuesday. Unlike commercial farmers, Ricci is in the business of agritourism. His concern isn’t about the product as much as the guests. Families that come by the thousands to pick their own pumpkins.

This week’s rain temporarily submerged a parking lot at the farm and turned much of the land to mud.

“It was the worse that I’ve ever seen here, especially,” mom Tanya Whitney said Thursday as she picked pumpkins with her family. “We always come to this pumpkin patch every year.”

But things are starting to turn around just in time for the last week in October. Thursday the rain held off, and families armed with camera showed up as predicted.

“We just want folks to be able to come out bring their family and enjoy their time on the farm and make some new memories,” Ricci said.

The weekend before Halloween is the Black Friday for pumpkins, the SVPA said. 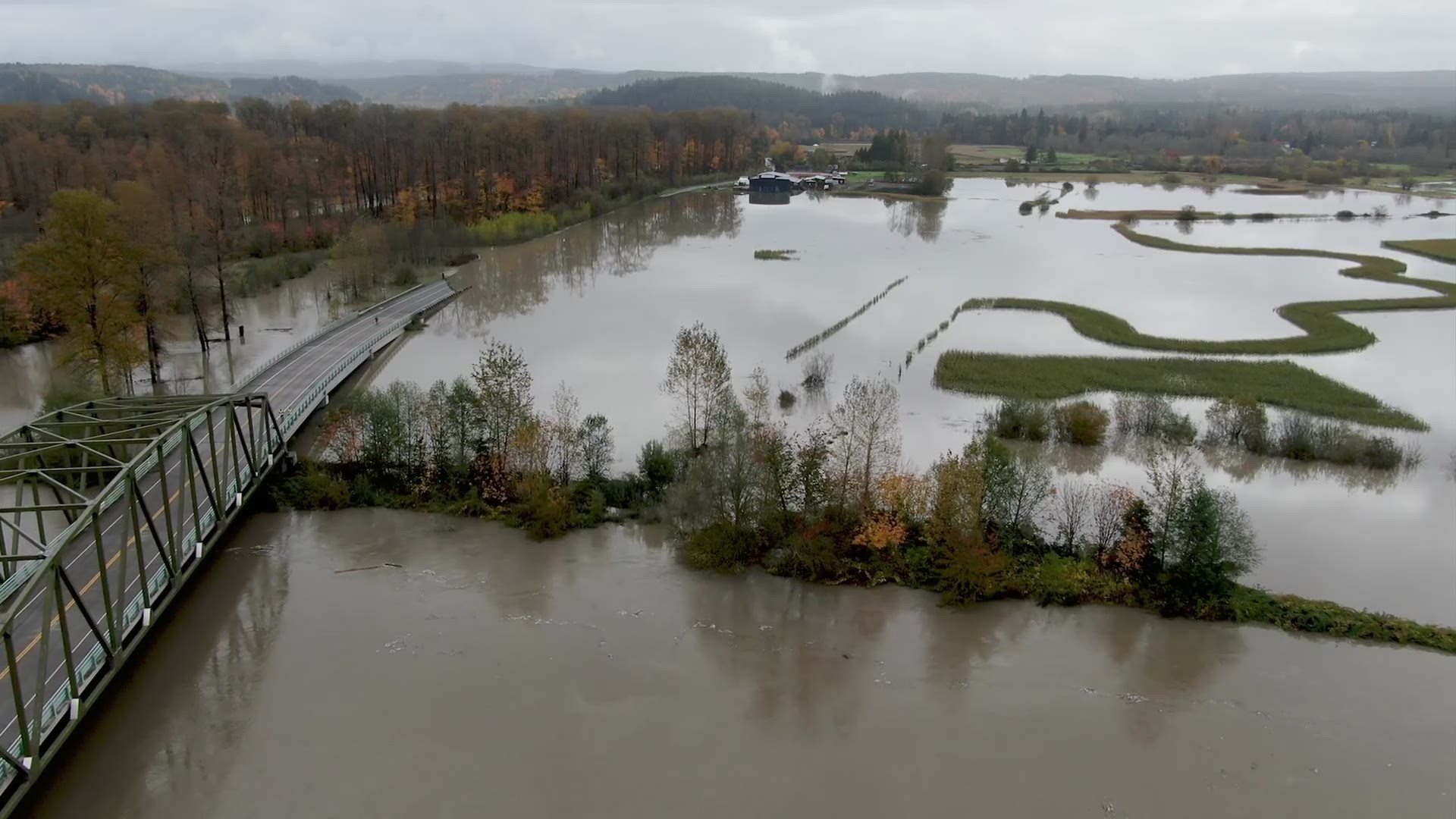