Snohomish County is asking its residents to be mindful of their water and energy usage until temperatures cool down in western Washington. 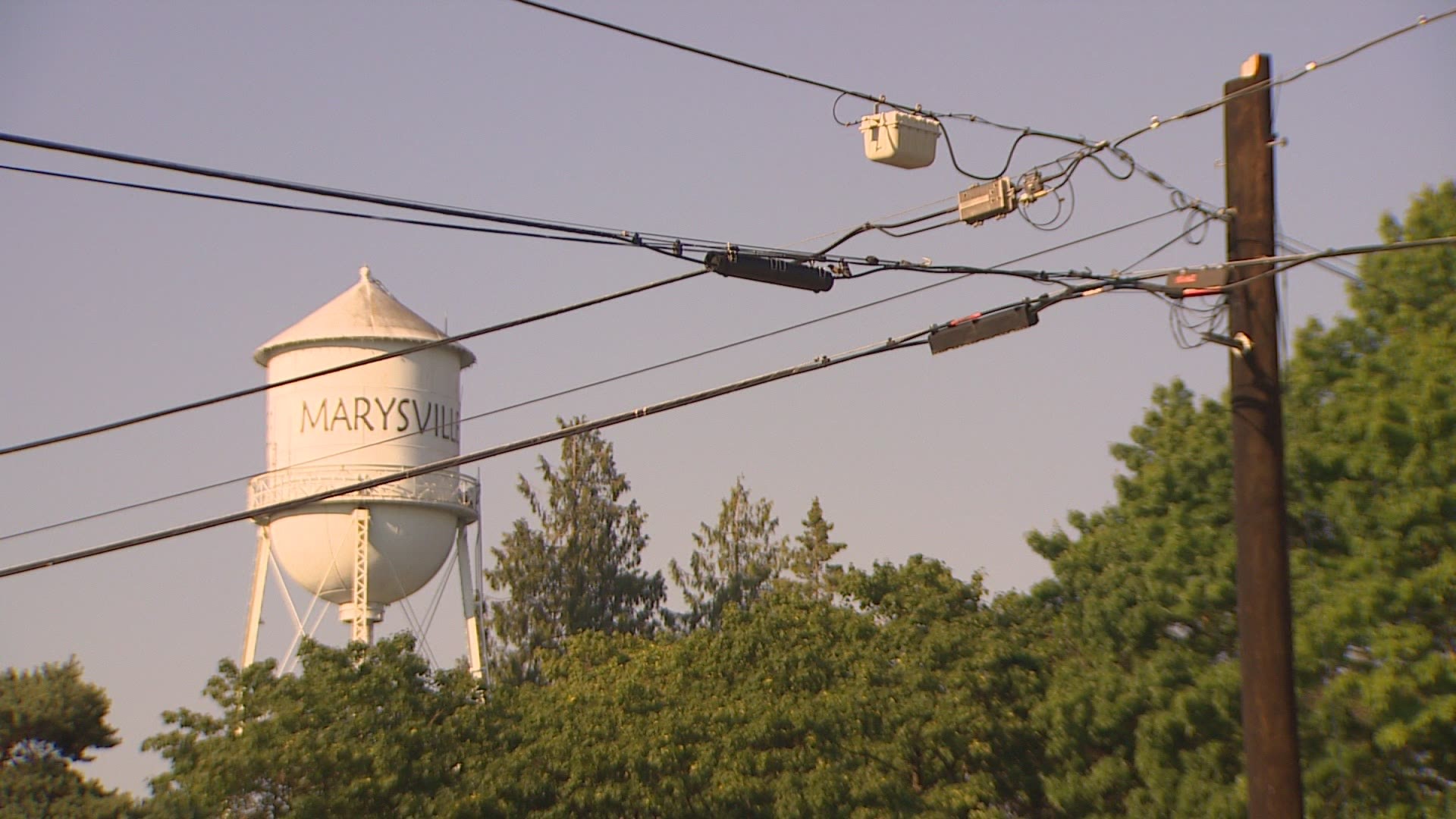 SNOHOMISH COUNTY, Wash. — With the intense record-breaking heat wave hitting its peak on Monday in western Washington, energy and water providers are asking residents to conserve as much as possible until temperatures cool down.

On Monday afternoon, Marysville and the Snohomish County Public Utility District (PUD) asked their customers to make an effort to conserve water and energy during what is expected to be the highest energy and water demand of the month.

Snohomish County PUD said that energy demand is at its highest between noon and 10 p.m.

“As we prepare to meet today’s high energy demands, we are paying close attention to ensure we have enough power to meet our customers’ usage,” said Jason Zyskowski, PUD assistant general manager of generation, power, rates and transmission management.

Marysville is implementing mandatory water restrictions for Monday amid the heat wave as well as in response to a failed water well pump at the Stillaguamish Ranney well.

The failed pump and increased demand are causing concern for water storage supplies, according to the city.

Some mandatory measures, which take effect until further notice, are limiting non-essential household water use, limiting recreational water usage and delaying any laundry or dishwashing.

Marysville said that it is also limiting its own water usage across the board.

Some ways the Snohomish County PUD is telling residents to conserve is by closing their blinds, using only small appliances while working in the kitchen and keeping the thermostat at 78 degrees.

The PUD said that it does not anticipate any heat-related interruptions to the water supply but has asked its 22,000 customers to conserve as much as they can safely.

One of the best ways to conserve water is to water outdoors before 10 a.m. or after 6 p.m. when it is coolest outside and to be careful to only apply the amount of water your soil can absorb.

PUD officials said another peak time for usage is between 7 a.m. and 10 a.m., so they advised people to conserve their resources Tuesday morning as well, if they can, until temperatures cool down.

Western Washington’s heat wave broke records with temperatures climbing into the triple-digits for three straight days in Seattle, which is the first time that’s happened in recorded history.

Snohomish County in general is expected to stay slightly cooler than its neighbors to the south with Everett expected to hit 104.

The extreme temperatures are expected to fall off dramatically on Tuesday.