It was just the third time in about 50 years that Seattle reached at least 80 degrees on Memorial Day. 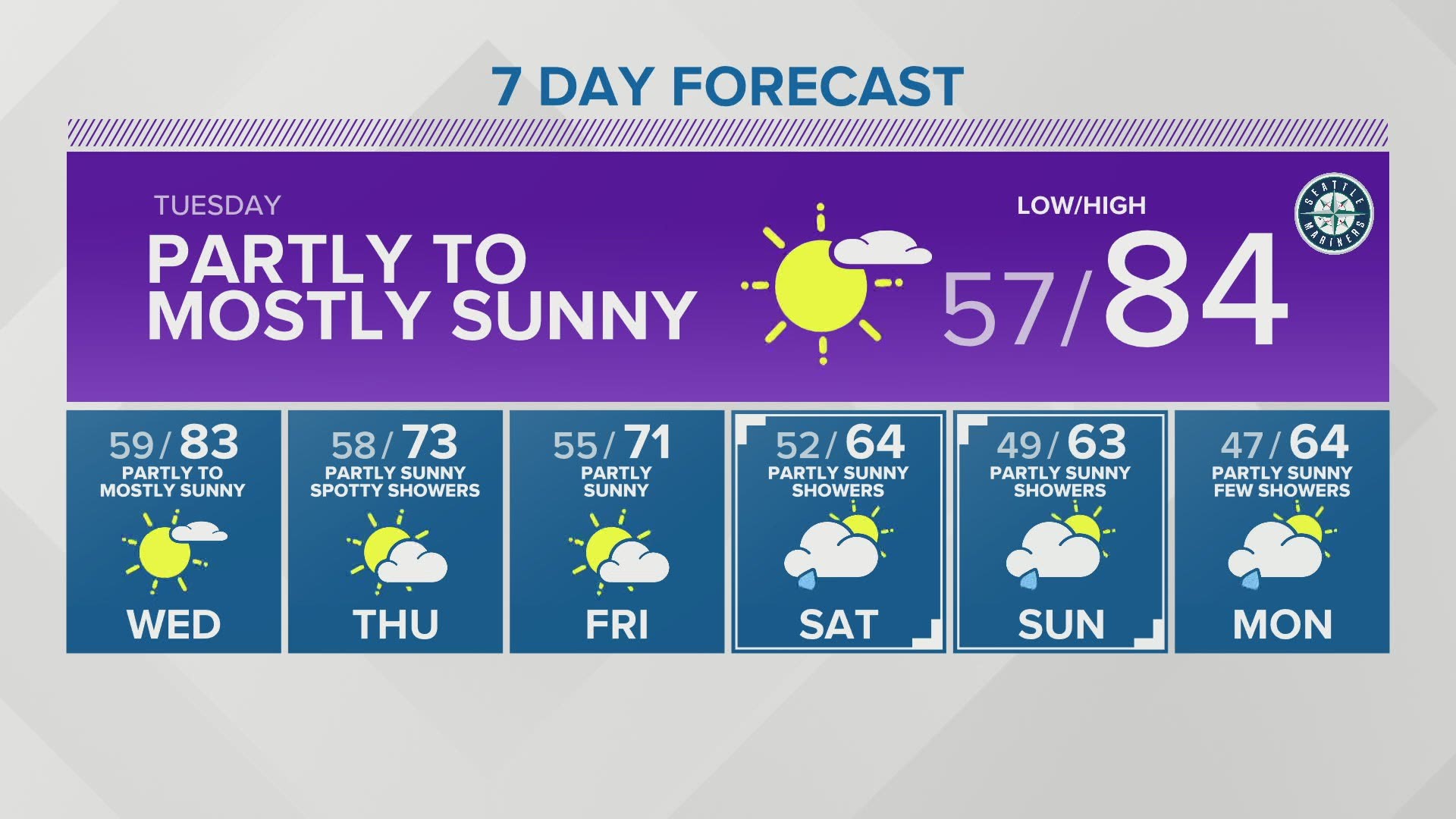 SEATAC, Wash. — Editor's note: A previous version of this story stated Sea-Tac reached 81 degrees, based on data from the National Weather Service. The high temp for the day as of 5:37 p.m. was 80.1 degrees.

Temperatures in the Seattle area reached into the 80s on Memorial Day.

Around 3:30 p.m., a high temperature of 80 degrees was reported at Sea-Tac Airport, according to the National Weather Service.

It was just the third time in about 50 years that Seattle reached at least 80 degrees on Memorial Day.

Warm temperatures still stick around Tuesday, with highs in the upper 70s to mid-80s.

Things will cool a few degrees Wednesday, but there will still be a chance of highs around 80 degrees.

A weak weather system will move in Thursday, dropping highs back to the upper 60s and low 70s.

Friday we will see highs around 70 degrees.

The weekend will be cool with highs in the mid-60s.